Could Jalen Hurts Really Be Headed to “The U” Next Season? 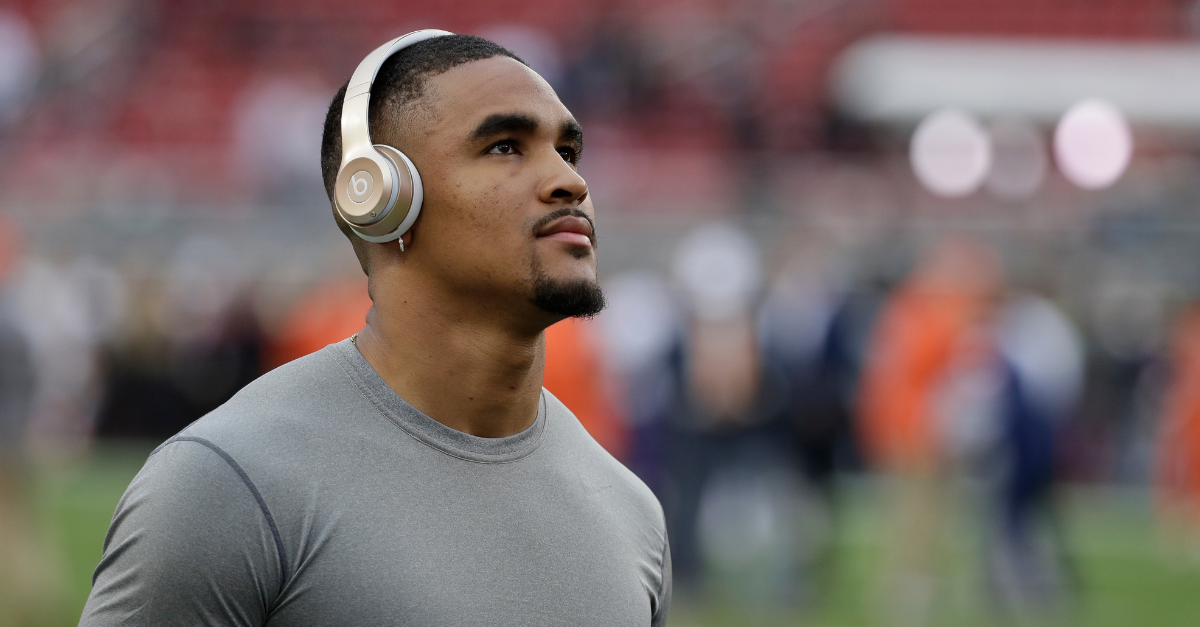 Now that Alabama quarterback Jalen Hurts has officially put his name in the NCAA Transfer Portal, everyone wants to know where the star signal caller could play for his graduate transfer season.

There is speculation the 6-foot-2 Hurts could end up at Maryland, following former Crimson Tide offensive coordinator Mike Locksley, who is now the new head coach coach of the Terrapins, but a lot has changed in the last 24 hours.

First of all, Hurts has not said a word about a possible destination or even confirmed the rumors of his transfer. There has been no official word from his camp, either. However, the dual-threat quarterback has started following new Miami Hurricanes coach Manny Diaz on social media, which made many fans think that is where he will play in 2019.

Manny Diaz and Jalen Hurts are now following each other on Twitter. I'm sure Canes fans aren't reading too much into that or anything.

Then, on Friday, news broke that Dan Enos, who was supposed to be Alabama’s new offensive coordinator, has accepted the same OC job with Miami, which led even more people to believe Hurts will take his talents to Coral Gables, Florida.

So, Dan Enos to Miami. Jalen Hurts probably goes with him. Enos transformed Hurts' game this season, and another year with the coach would only make sense.

But as Lee Corso would say, “not so fast, my friend.” There are also rumors that Hurts is getting interest from schools like Tennessee, where former Alabama assistant Jeremy Pruitt is now the head coach.

Despite all of that, Hurts hasn’t let on if he is even leaving Tuscaloosa. Losing Enos is a huge loss for the Tide, but you have to wonder if Hurts is maybe waiting on who Alabama hires next as their new offensive coordinator first?

What if Alabama picks a new OC that talks Hurts into staying? He is already enrolled in the graduate program at Alabama, so it wouldn’t be hard for him to stay and it may be telling that he hasn’t officially said he was leaving.

At this point in this process, anything can happen, including Hurts changing his mind and remaining at Alabama, which would break the hearts of several college football fan bases around the country.