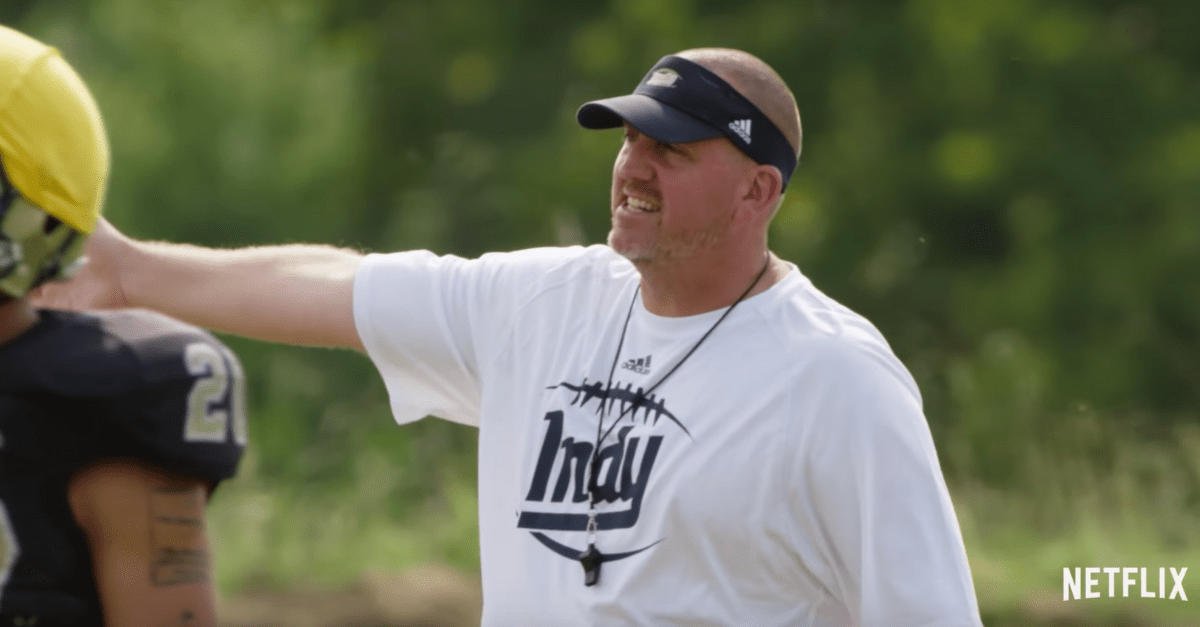 Whether it is on social media or in a text message, some things are just better left unsaid. You never know if what you typed in the past will come back to haunt you. Independence Community College football coach Jason Brown now understands this far too well.

Only days after text messages were leaked between him and a German player, where the veteran head coach allegedly told the redshirt freshman, ?I?m your new Hitler,? Brown resigned and posted a long letter on Twitter to announce it early Monday morning.

The man who starred in the Netflix series, ?Last Chance U? seasons three and four will now look for a new job while picking up the pieces of a damaged reputation.

To all my fans, supporters, both past and present players, and coaches, please read the following letter that I have posted and please respect my decision. Much love to you all, W.I.N. FOREVER! Once a Pirate always a Pirate! #DREAMU pic.twitter.com/M88TcQKvDQ

The original story and allegations came last week in the Montgomery County Chronicle ? a weekly newspaper covering a small region in southeast Kansas ? and later took the Internet by storm.

That?s when screenshots of alleged text messages from Brown to Alexandros Alexiou, a native of Dortmund, Germany, were obtained by the small paper and set everything in motion.

?Independence Community College does not condone the language Coach Brown used in his message,? ICC President Dan Barwick said in a statement via The Wichita Eagle. ?I have spoken with Coach Brown about his message to the student, and he fully understands that his language was not appropriate. The college is investigating the matter and will have no further statement at this time.?

Although there were a few other alleged texts, the Hitler comment certainly did not set well with really anyone, and Brown?s resignation from ICC is a result of that.

?To all of my supporters, my players, coaches, and fans, it is with strong emotions that I announce my decision to resign as Head Football Coach at Independence Community College. The past 3.5 years have been very special to me and to my family, and I am proud of our programs many accomplishments over that period?

??Given what has most recently been allowed to transpire, it is clear, that it will be nearly impossible to stay here. More plainly, the Montgomery County Chronicle has greatly diminished my ability to successfully do my job, and has set this football program back significantly, and the cumulative effect of all these detrimental factors I believe clearly constitute a constructive discharge of my employment. I have been working with the college to achieve greatness for 3.5 years, and I believe we accomplished this. I urge all the naysayers on campus and in town to really look at yourself in the mirror and do a self-evaluation of yourself before so harshly judging others.

?Regardless, I can sleep at night knowing I led with my best foot forward and graduated our players! I don?t care about anything else! We turned boys into men and made them better human beings. I leave this position with tremendous appreciation for both the opportunity and for the experience, but more than anything, I value the many friendships made along the way.?

Over the last three seasons, Brown led the Pirates to a 16-15 overall record, including a 9-2 mark and a Jayhawk Conference title in 2017.

ICC will still have a junior college football team this season, but it certainly won?t be the same after Last Chance U coach Jason Brown?s resignation.