Jake Fromm Named Semifinalist for Collegiate Man of the Year 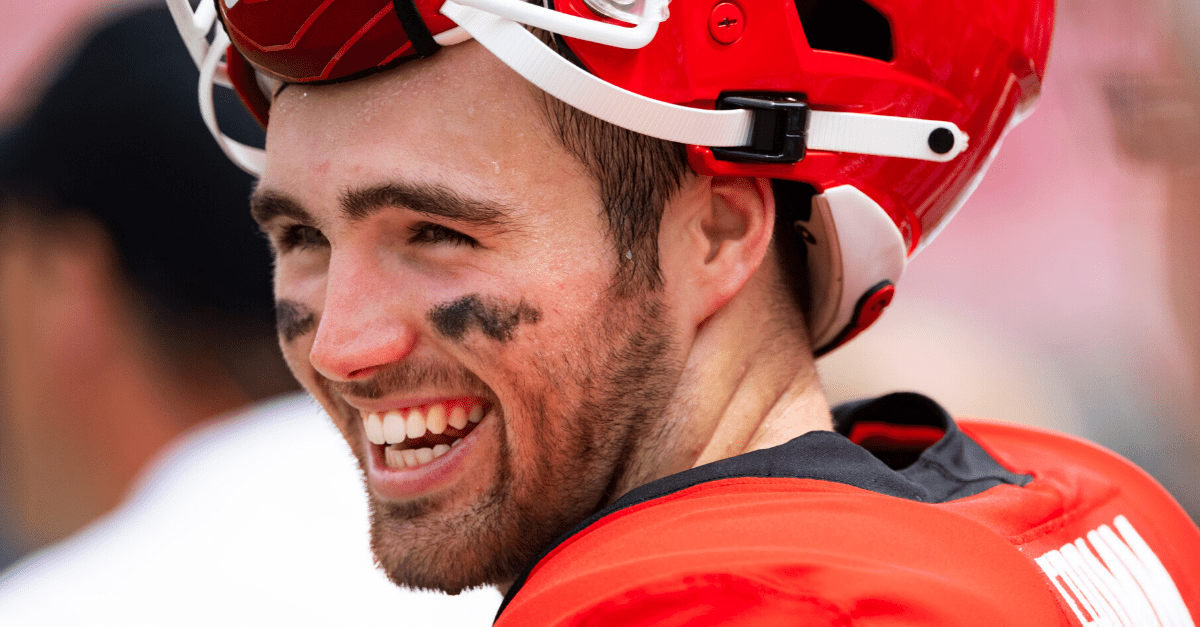 Dallas Cowboys tight end Jason Witten received the 2012 Walter Payton NFL Man of the Year Award for his contributions both on and off the football field. The 11-time Pro Bowl selection is one of the greatest pass catchers to ever play, recording over 1,100 catches and more than 12,000 receiving yards in his career. During his Hall-of-Fame career, however, his work off the field earned him even greater acclaim.

The Jason Witten Youth Football Camp is held annually in his hometown of Elizabethton, Tennessee. He’s worked with numerous charitable organizations, including the Salvation Army, Make-A-Wish Foundation, Big Brothers Big Sisters, Susan G. Komen, Boys & Girls Club of America, and local organizations all around Texas with the Dallas Cowboys. With a resume like that, it’s only fitting the former All-SEC tight end of the Tennessee Volunteers gets an award named after him.

Established for the 2017 season, the Jason Witten Collegiate Man of the Year Award is given to the college football player who “demonstrated a record of leadership by exhibiting exceptional courage, integrity and sportsmanship both on and off the field.” The winner also earns a $10,000 contribution to their school’s athletic scholarship fund, which comes on behalf of Jason Witten’s SCORE Foundation.

In its third year, 20 semifinalists were announced for the prestigious honor on November 13, 2019. Three finalists will be chosen on December 16, and the winner will be announced on February 18, 2020 at a ceremony in Frisco, Texas.

Among the semifinalists is Georgia Bulldogs quarterback Jake Fromm. While he’s mainly recognized as one of UGA’s greatest passers and leaders of all time, starting all but one game since he was a First-Team Freshman All-American in 2017, Fromm is even more of a leader off the field.

Fromm was named to the Allstate AFCA Good Works Team in 2019 and works alongside Extra Special People, an organization that helps individuals living with developmental disabilities.

“I’ve been over here a bunch actually,” Fromm told AJC.com about his work with Extra Special People. “I had a class that came over here. It’s something I want to do, to impact kids’ lives. I love every minute of doing it.”

“It’s my honor to announce this impressive group of student-athletes as semifinalists for the third annual Collegiate Man of the Year. All of these young men are shining examples of what makes college football great. They have demonstrated exceptional character and leadership, often while overcoming large challenges. They are great representatives for the game of football, and I commend all nominees for getting to this point.”

Heisman Trophy, Maxwell Trophy, and Davey O’Brien Award aside, this is one of the most prestigious honors a young player’s leadership can earn him in college football. The Jason Witten Award embodies what it means to be “more than an athlete” as a prominent role model who puts community service in higher regard than touchdowns and individual MVP awards.

I hope this award gets recognized more and more as it continues to gain national acclaim.