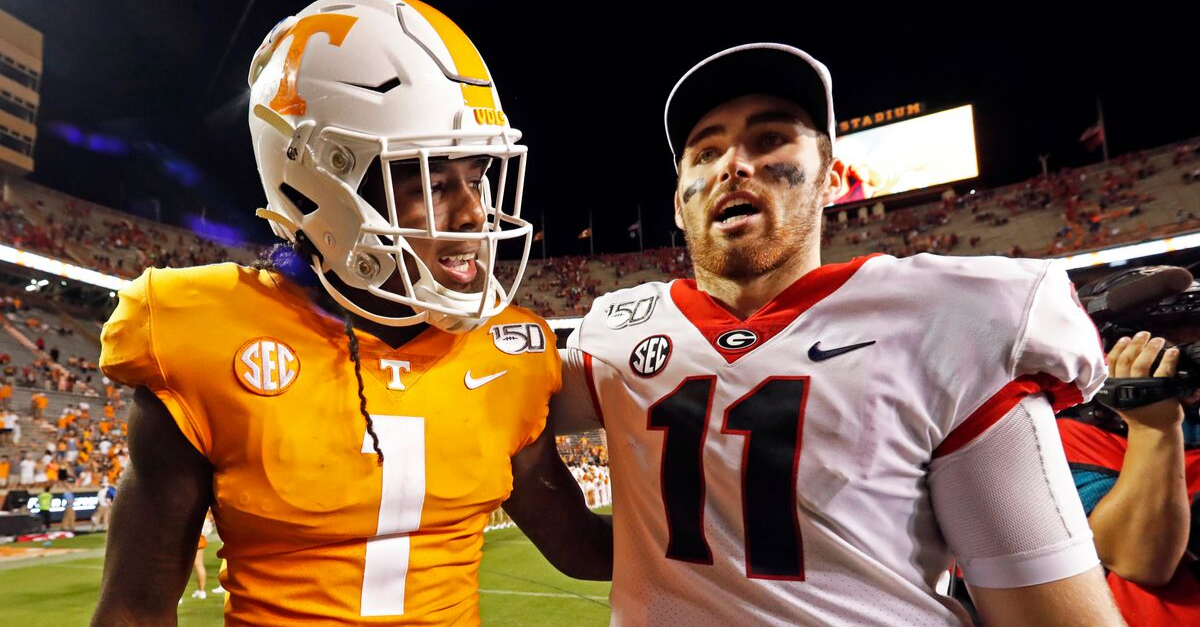 There was one, small crack in the window. A faint glimmer of hope that only the downtrodden and defeated can sense streamed into Neyland Stadium. For the first 26 minutes of Saturday night’s game, the lowly Tennessee Volunteers actually led the third-ranked Georgia Bulldogs. There was hope! Could UT do the unthinkable after a week of unrest and bad press for the program?

Yeah, right. Georgia ran off 526 total yards, 30 unanswered points, covered the spread, and walked out of Knoxville with a 43-14 victory and 5-0 start for the second year in a row.

“We pushed them a little bit there in the first half,” Tennessee coach Jeremy Pruitt said after the game. “They did what good teams do.”

Led by a dominating defensive effort in the second half, UGA was never tested after its slow start. Running backs Brian Herrien, D’Andre Swift and Zamir White combined for 217 rushing yards, while Swift added another 72 receiving yards on four catches. Not to be outdone, quarterback Jake Fromm paced the Dawgs’ offense all night, completing 24 of 29 passes for 288 yards and two touchdowns.

It was all sunshine and moonshine for Kirby Smart’s team as the program won its 15th-straight game against SEC East opponents, and its safe to say his players loved beating the Vols for the third year in a row.

After the game, Fromm was finishing up his postgame comments with reporters. Heading back into the locker room, the unmistakable jingle of Tennessee’s unofficial fight song ‘Rocky Top’ echoed loud and clear from Georgia’s star QB.

The University of Georgia football team gets back-to-back home games in Athens against unranked South Carolina and Kentucky before they head to Jacksonville to face the Florida Gators in a game that will likely decide the SEC East division champion.

As for Tennessee, they’ll host Mississippi State before walking into the belly of the beast. An October 19 matchup in Tuscaloosa against the Alabama Crimson Tide could bring a lot more than ‘Rocky Top’ troll jobs, too. If the Vols leave that game 1-6, Tennessee might be singing “50 Ways to Say Goodbye” as they fire Pruitt and try to rebuild some respect for the Volunteer name in college football.