I gravitated to Penn State football from the start. That wasn't hard growing up in Pennsylvania, and there are dozens of players throughout the years who hold a special place in my heart. LaVar Arrington poured the foundation for 'Linebacker U.' Allen Robinson made the greatest catch I've ever seen live. Then there's Saquon Barkley, who is the best running back of this generation.

But of all the great, transcendent talents to dawn the blue and white, none of them will ever top Penn State kicker Joey Julius. 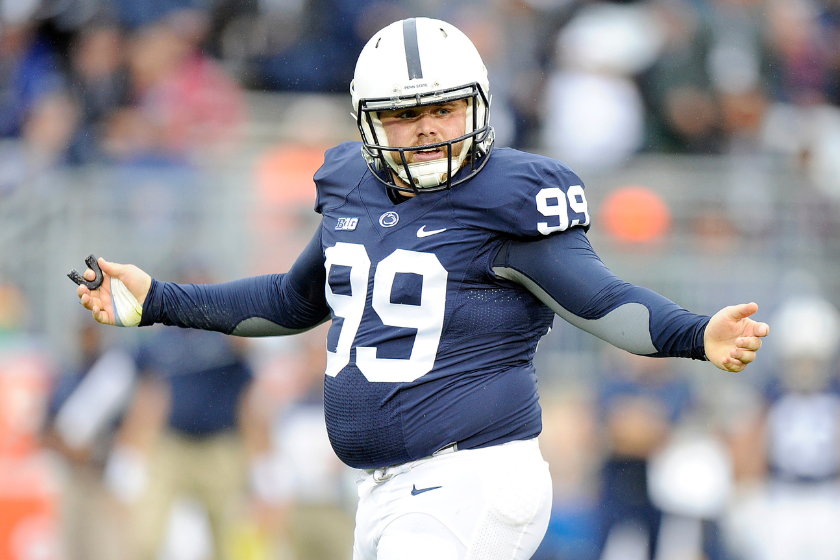 Originally from Hummelstown, Pennsylvania, Julius walked on to the Penn State Nittany Lions football team in 2014, the first year head coach James Franklin arrived to lead the PSU football program. The two-time all-state selection kicking for Lower Dauphin High School was also a highly-touted soccer player. After redshirting his first season, Julius trotted onto a college football field for the first time in the 2015 season opener versus Temple.

It wasn't because he was highly recruited that we noticed him. It wasn't even because he wore the No. 99 jersey. Everyone noticed Joey Julius for one reason: he was listed at 258 pounds, but definitely played a little heavier than that.

Julius loved covering kickoffs, using his big frame to blow by defenders and get in on the action. On top of that, Julius was efficient -- He ranked 21st nationally across the NCAA in field goal percentage his first season and earned All-Freshman Team honors from the Big Ten Network.

Known as "Big Toe" around State College, the world finally met Joey Julius against Kent State in 2016 when he did this:

Just a few games later, Julius showcased his power against the Michigan Wolverines. After clobbering returner Jourdan Lewis, the Michigan man received jokes and jabs from all over social media.

Lewis recalled after the game that it was unlike any hit he'd experienced:

"Never been hit by a kicker. Never been caught by a kicker, actually," Lewis said (via ESPN). "In college I never knew that a kicker had the trigger in the hole. I thought he'd just stay back there for a safety valve, but he definitely didn't care about that. He took his shot and made it."

If they weren't taking notice already, Big Ten rivals like Michigan State, Iowa and Ohio State were keeping a close eye on Julius and coming up with schemes to neutralize his presence.

From that moment, Julius had a target on his back.

Games against the Minnesota Golden Gophers and Maryland Terrapins later that season yielded unsportsmanlike conduct penalties for late hits on Julius. Still, the redshirt sophomore kicked off in all 13 games in 2016 while Tyler Davis handled place-kicking duties.

Kickoff wild man suited Julius perfectly. We learned, however, his size wasn't intentional and so much more was going on off the field. 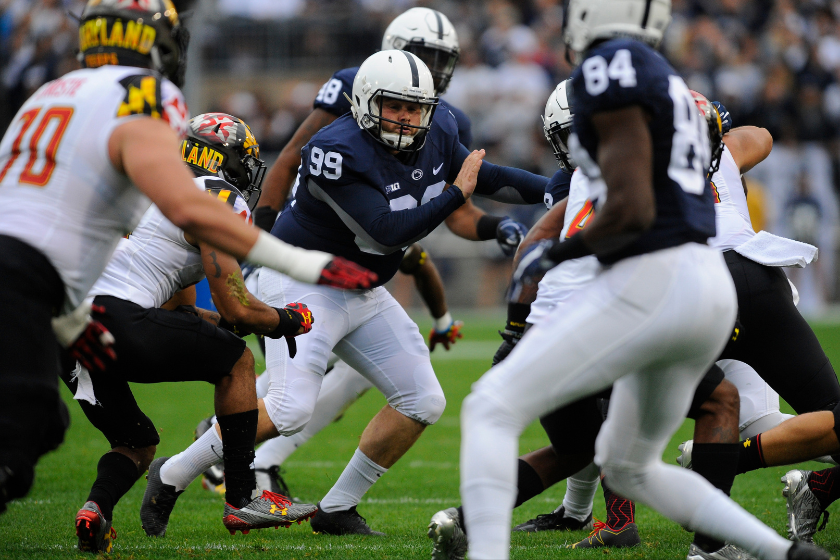 Julius revealed that he suffered from a binge eating disorder that began when he gained 50 pounds just a few months before graduating high school.

After being diagnosed in 2016 and spending two months at McCallum Place in St. Louis, Julius left the program for good before the 2017 season. Battling depression and anxiety, the beloved Penn State student-athlete had ballooned to 300 pounds in the offseason and even contemplated committing suicide.

According to his Twitter bio, Julius was working for a Chevrolet dealership in Lancaster, Pennsylvania as recently as 2020. He's spoken at past Penn State University events on mental health and his own battles, which goes to show how big of an impact he made in three years on campus.

A lot of kickers will come and go over the years. I only want one on my team: Joey "Big Toe" Julius.

This post was originally published on May 27, 2020 but Big Toe's hits live on forever.