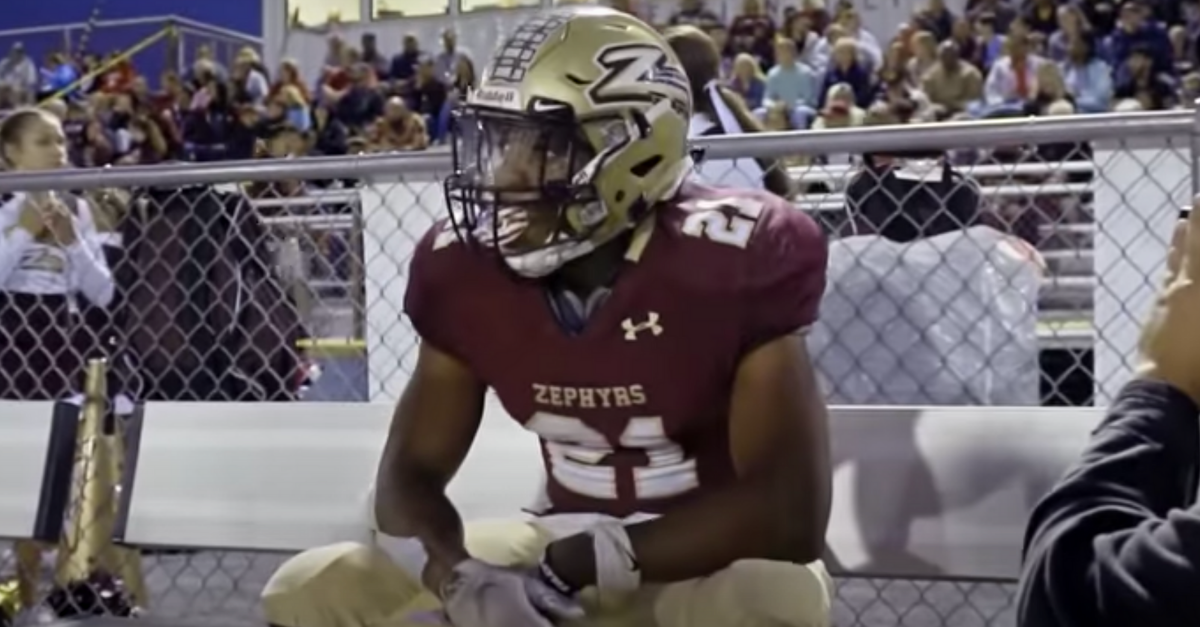 A few years ago, before the entire football world realized his greatness, Saquon Barkley made dominating Pennsylvania high school sports look like a casual walk in the park. He was a monster running back on the football field, obviously, but he also was a track star with unlimited potential. His family?s success doesn?t just start and stop with him, though.

Barkley, who plays in the NFL for the New York Giants, is one of Alibay Barkley and Tonya Johnson?s six children. He?s the most notable one of the bunch at the moment, but his younger brother is paving his own path to college football.

If you don?t know him already, it?s time to meet running back Ali Barkley.

This Sr year didn’t end as expected, but there is so much to be grateful for. After graduation, I’ll head to @cafootball1794 so I can improve as a student and athlete in order to achieve my dream. Ready to get working with @coachdykeman and @coach_mehleisen to #riseasone pic.twitter.com/DXcEPfL4a7

At 6-foot and 200 pounds, Ali Barkley, the younger brother of former Penn State Nittany Lions star Saquon Barkley, is a shade taller and a bit lighter than his older brother, but both are downhill runners with a knack of finding the end zone.

During his senior season at Whitehall High School ? the same school Saquon shattered records at ? Barkley racked up 1,078 rushing yards and 13 touchdowns for the Zephyrs. He is a three-star recruit and gained interests from multiple Division I schools, including in the Big Ten, but he never landed the big-time FBS offer he was looking for.

So instead of potentially walking on to a program, Barkley decided to take his talents to Cheshire Academy, a prep school in Connecticut.

?This Sr year didn?t end as expected, but there is so much to be grateful for. After graduation, I?ll head to [Cheshire] so I can improve as a student and athlete in order to achieve my dream. Ready to get working with [Coach David Dykeman] and [Coach Dan Mehleisen] to #riseasone?

The younger Barkley wants to build off his last varsity year of high school football and dominate the prep level before going to college.

Ali Barkley is a great athlete. He has the vision, patience, and strength to run between the tackles. He has the speed to get to the outside and take it to house. He’s more than just Saquon Barkley’s brother.

Barkley received interest from Penn State, Pittsburgh, Rutgers and Temple, according to 247Sports, and perhaps it?s only a matter of time before more schools begin to notice how good he can be at the next level.