The Catch-And-Fumble TD Was So Bizarre It Worked 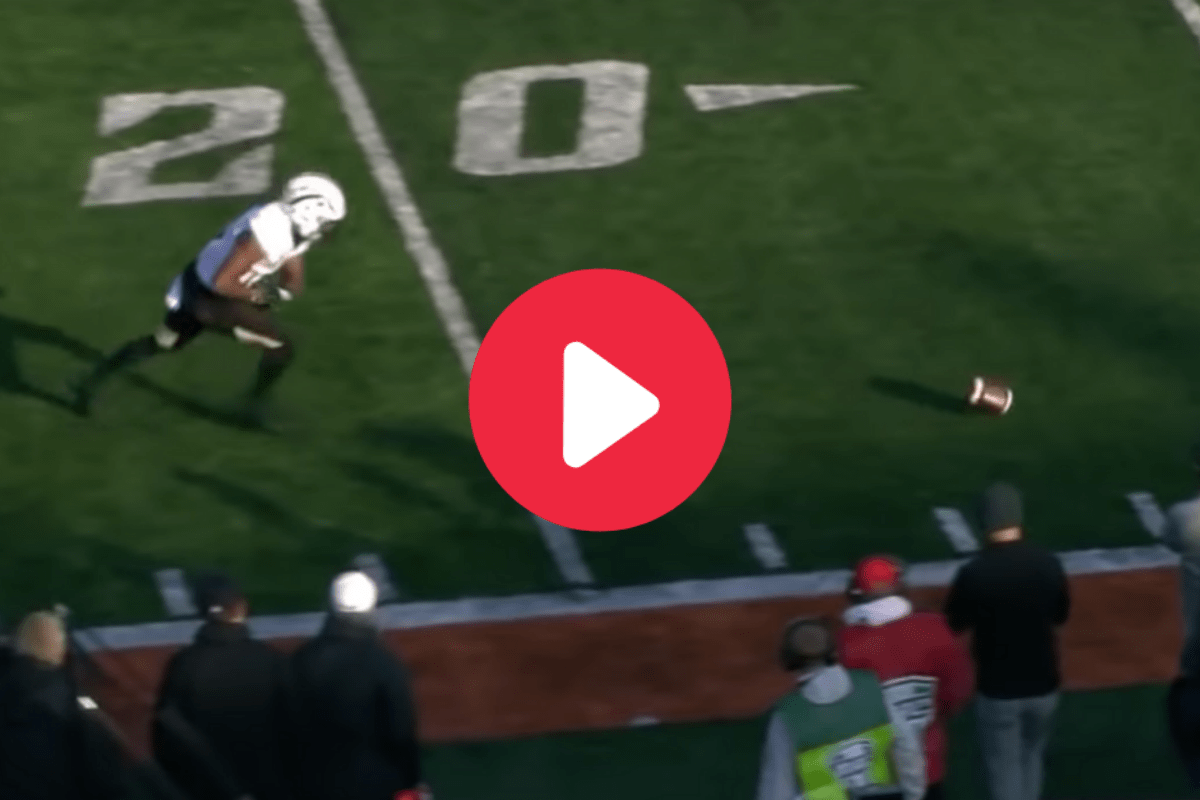 More often than not, a crazy play in college football is planned. Sure, there are some ridiculous catches thrown into the mix to make a play great, but most of the time, it just comes down to execution. Then there are the moments of utter chaos that makes your jaw drop in disbelief.

If anyone wants to know how a player can catch a ball, fumble it, chase after it for 10 yards, and then somehow score a touchdown, let Western Michigan wide receiver Keishawn Watson show you the way because that?s exactly what he did against Bowling Green at Doyt L. Perry Stadium in Ohio.

Back in October 2018, the 6-foot, 185-pound freshman from Wheaton, Illinois pulled off a minor miracle when he scooped up his own fumble and scored with 26 seconds remaining in the third quarter to tie the game 28-28.

Upon further review, the play is even wilder the more times you watch it.

On 1st and 20, Watson caught the pass from WMU Broncos quarterback Jon Wassink near the sideline at the 24-yard line. He was quickly hit by one of the two defenders in the area, the ball popped out, and somehow stayed in as it rolled closer to the end zone.

Without a Bowling Green Falcons player even remotely close, Watson still had time to run almost 10 yards after the ball, and scoop it up at the 16-yard line. Then, after running 10 more yards, he juked one defender, broke a tackle from another, and leaped into the end zone for the tying score before the fourth quarter.

The play was ruled as a 16-yard touchdown pass from Wassinik to Watson despite the ball being caught at the 24 and it being fumbled before Watson picked it up at the 16.

Watson finished four catches for 80 yards and that touchdown run after the fumble helped WMU make a huge comeback to win a MAC shootout at Bowling Green, 42-35.

It doesn?t get much more chaotic than that second half play, and it is certainly MACtion at its finest.