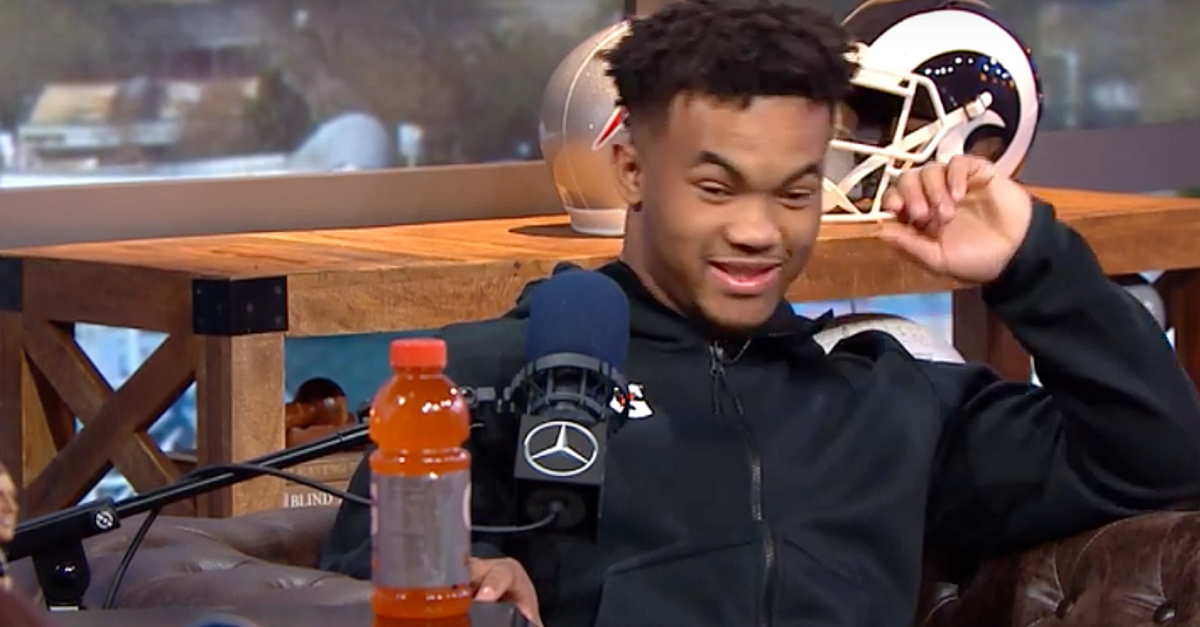 Ever since winning the Heisman Trophy and finishing his college football career with an Orange Bowl loss to Alabama, former Oklahoma Sooners star Kyler Murray has been caught in a pickle. Does he play professional baseball for the Oakland Athletics, or skip spring training, return his $4.6 million signing bonus, and pursue football in the NFL Draft? If his interview on The Dan Patrick Show is any indication, maybe even he doesn’t know what to do.

That interview, which took place on Feb. 1 during a promotional tour for Gatorade, brought questions about everything from his Heisman Trophy ceremony to his sports idol growing up. When asked about his decision between baseball and football, though, Murray weirdly said nothing, awkwardly looked around the room, and gave us absolutely no idea what he’s thinking.

RELATED: Kyler Murray Made More Money Than These Pro Athletes in 2018

DP: “Are you going to the NFL Combine?”

DP: “Wait, are you going to Spring Training?”

DP: How tough is it that… every place you go is going to ask you the same questions?

KM: I’m getting pretty good at answering these questions.

Wow. Colorful, rich and full of insightful details into the mind of an athletic superstar.

In a separate interview with ESPN the same day, Murray described how he’s weighed every option and will announce his decision sometime after Super Bowl LIII. That choice, which has to be made before the A’s report to Spring Training on Feb. 15, could make Murray the first athlete selected as a first-round pick in two sports if he chooses football ? The A’s selected him with the ninth-overall pick in the 2018 MLB Draft.

After becoming the first-ever FBS football player to average more than 300 passing yards and 60 rushing yards per game this past season, the right coach and system could set Murray up for years of success in the NFL. Then again, blazing speed and a power arm makes him a legitimate everyday player in the MLB.

READ MORE: 6 Teams Who Should Risk It All and Draft Kyler Murray