Winning a college football national championship in this day and age is harder than stopping a full-speed Derrick Henry in the open field. There's a reason the best coaches in the game get paid like kings. It's also why grown adults love to harass five-star recruits to play for the team they root for. Everyone wants a slice of that national title pie.

For some teams, it's been decades -- even a century for one -- since they last hung a banner or held up a national championship trophy. I guess that's what we get for letting Nick Saban's Crimson Tide run the show of late. But it doesn't mean those thirsty teams aren't trying each and every year.

Below are the longest active national championship droughts in college football. You won't find owners of the greatest dynasties ever -- Princeton and Yale -- because we're sticking with FBS programs that play for a title to this day. And because the NCAA has a long and controversial history with recognizing legit championships (thanks to different major selectors and computer programs), we won't be paying attention to a school's "claimed titles," such as the UCF Knights championship in 2017. Instead, we're going off the NCAA's official list of national champions, found here. 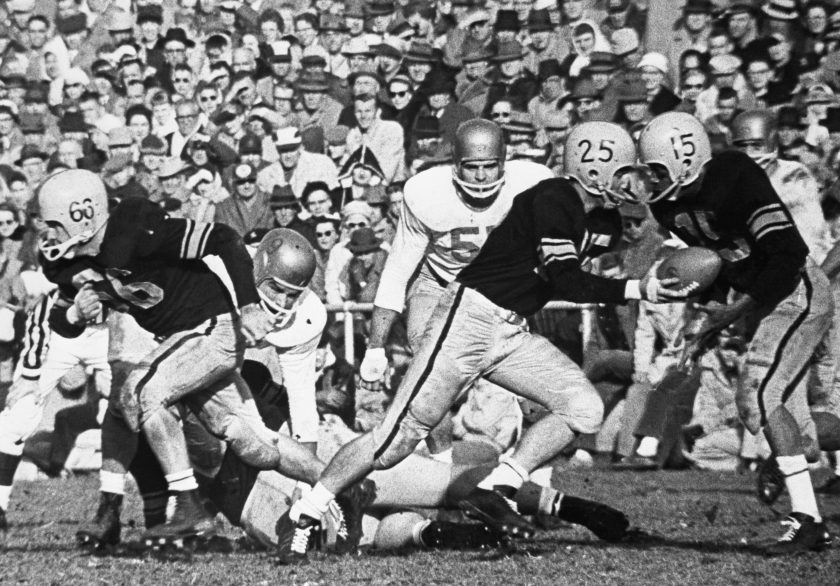 Iowa shared the 1958 national championship with the Billy Cannon-led LSU Tigers. Wins over ranked teams such as Wisconsin, Northwestern, Cal and Notre Dame ensured that. Kirk Ferentz has been close to bringing a title to Iowa City, but he still hasn't reached it yet. 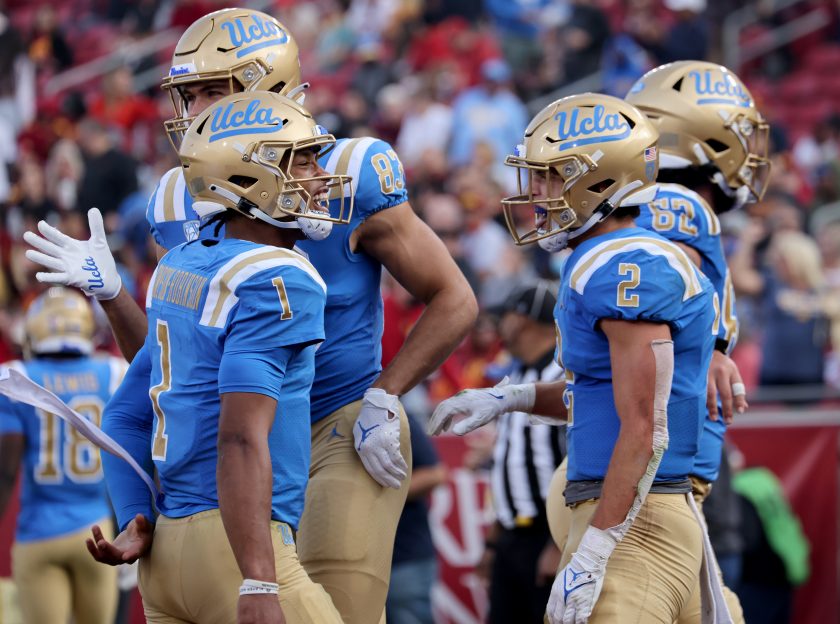 UCLA and Ohio State were co-champions of the 1954 season. This was also the season the Bruins debuted their powder blue uniforms, which explains everything. UCLA has been close to breaking this drought throughout the years but still hasn't yet. Maybe Chip Kelly will change its fate. 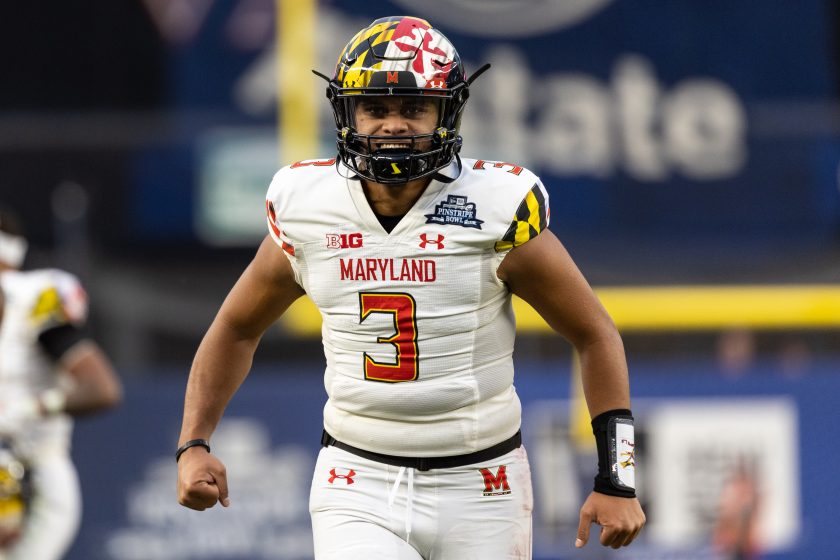 The 1953 Maryland squad gave up more than seven points in just one of its 11 games. Even a loss to Oklahoma couldn't stop the Terps from earning a consensus national champion designation. A move from the ACC to the Big Ten hasn't made getting back to national championship caliber any easier. 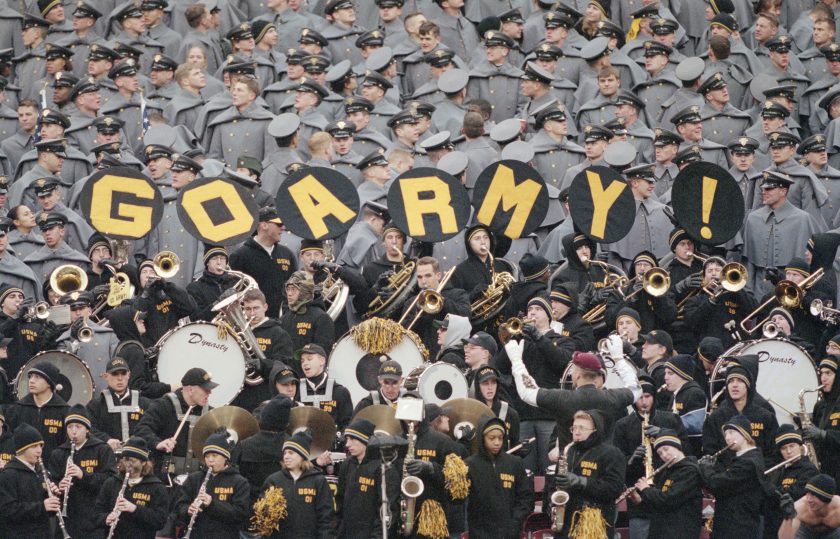 Army has only finished in the AP Top 25 twice in the last 64 years. At least it owns three national championships in 1914, 1944 and 1945. The 1945 team is considered one of the best ever, led by Heisman Trophy winner Doc Blanchard. 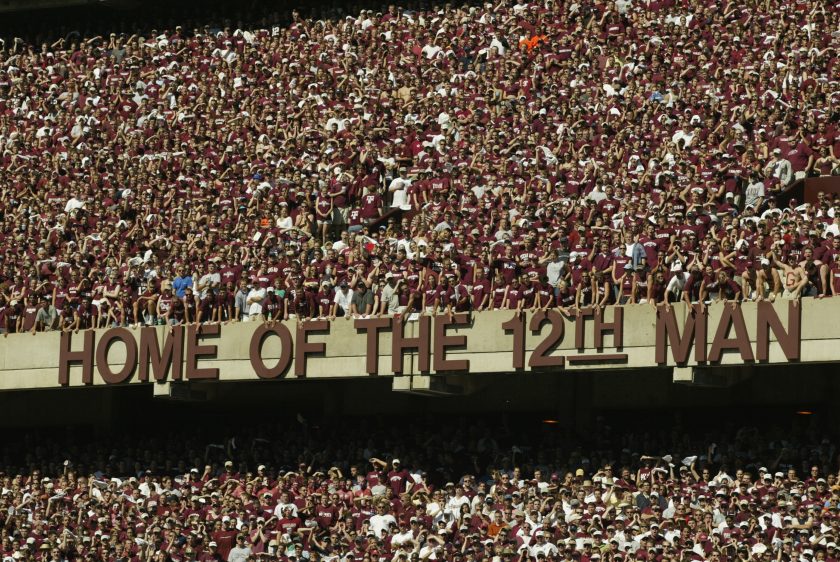 Aggie fans are praying that Jimbo Fisher can bring a title to College Station the same way he did in Tallahassee. Their fierce 1939 defense pitched six shutouts, though that pales in comparison to the 1919 team that didn't surrender a point all season. 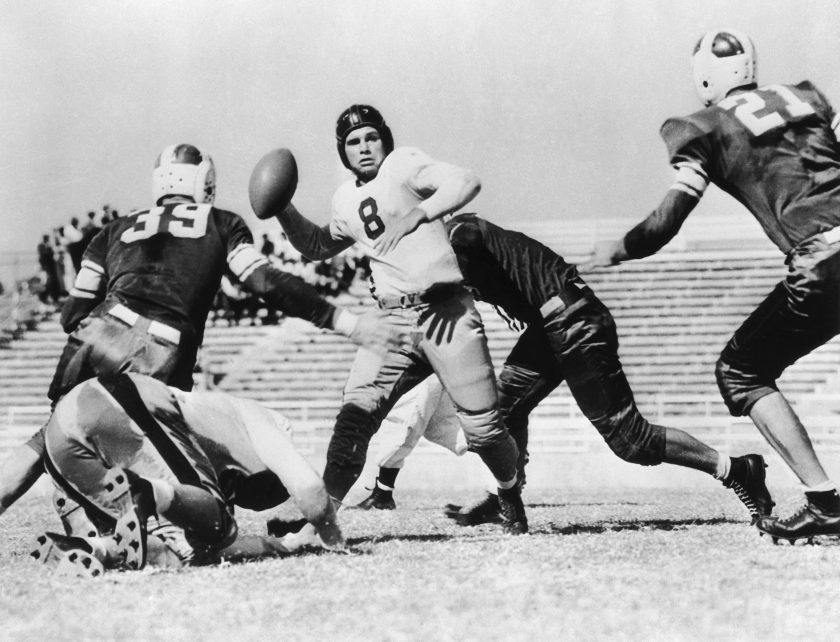 This year's cinderella story and College Football Playoff darling has a chance to win its first official title since 1938, when the great Dave O'Brien led the Horned Frogs to a national title. Since then, a perfect 13-0 mark in 2010 earned a national championship selection from the Congrove Computer Rankings. TCU doesn't claim that, but two wins in the CFP would certainly be claimable. 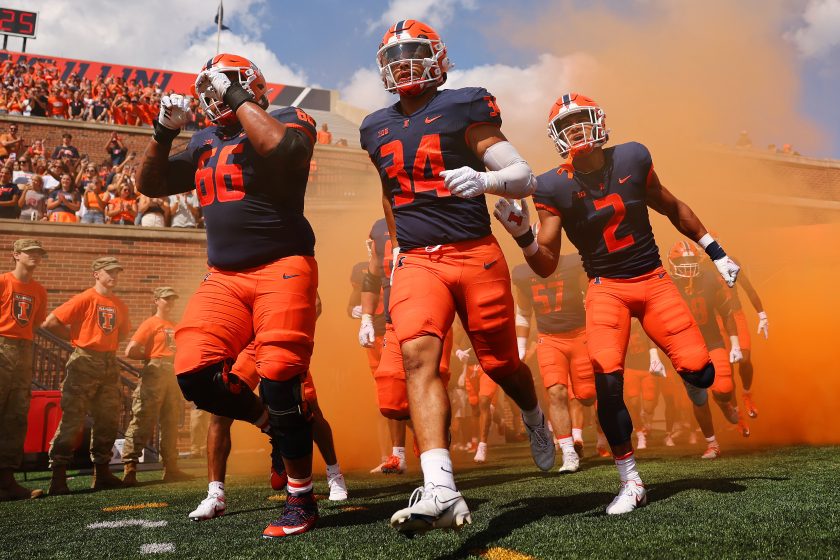 Household names Robert Reitsch and Russ Crane brought the Fighting Illini to glory by going 7-0-1 (they tied Iowa State), including wins over Michigan and Ohio State. The tables have turned mightily since, and Illinois will have to fight like heck to get off this list. 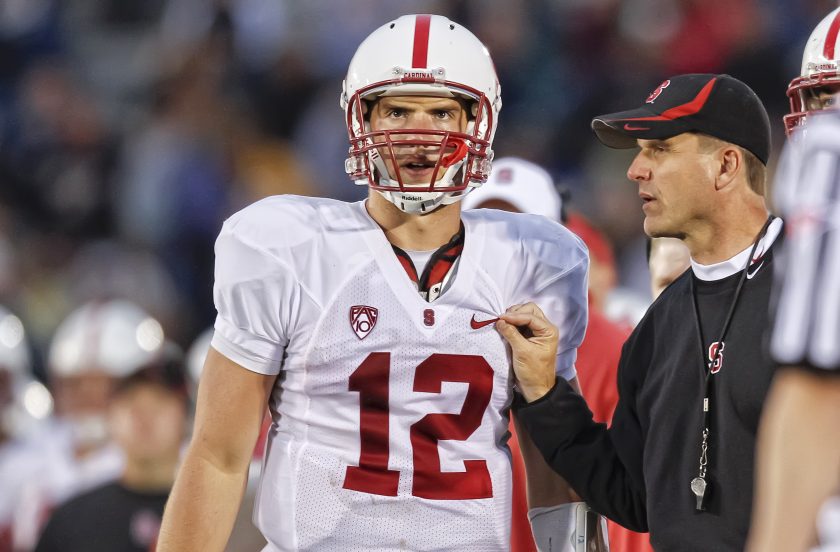 Stanford and Alabama were both named national champions in 1926, which is fitting considering they tied each other 7-7 at the Rose Bowl that year. Andrew Luck and Jim Harbaugh nearly brought them a second title, but it's been downhill since then. 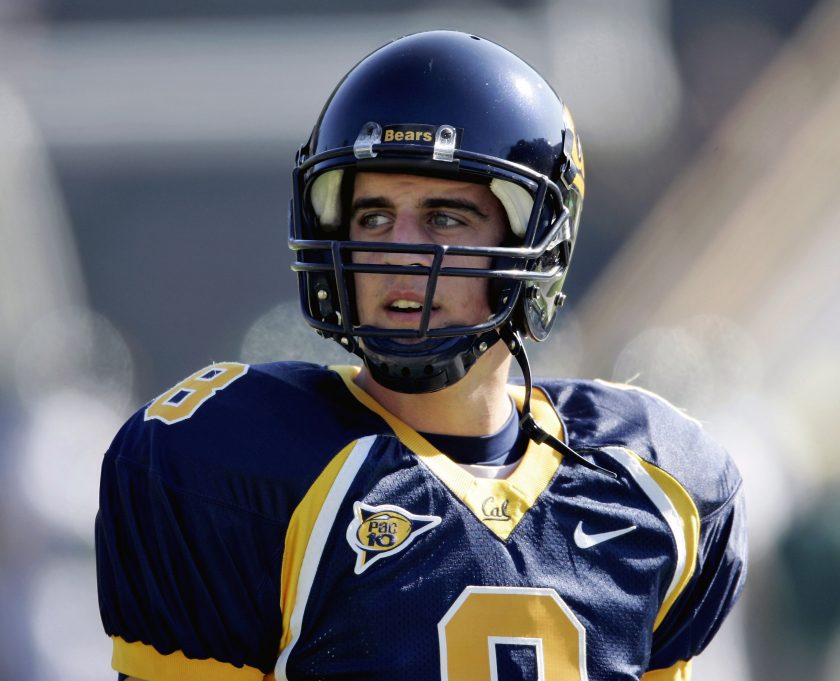 Photo by Robert B. Stanton/WireImage

Way before Aaron Rodgers or Tony Gonzalez were making their mark for the Golden Bears, Cal won a national title in 1922 alongside Cornell and Princeton. The West Coast team outscored opponents 398-34 en route to a 9-0 season. 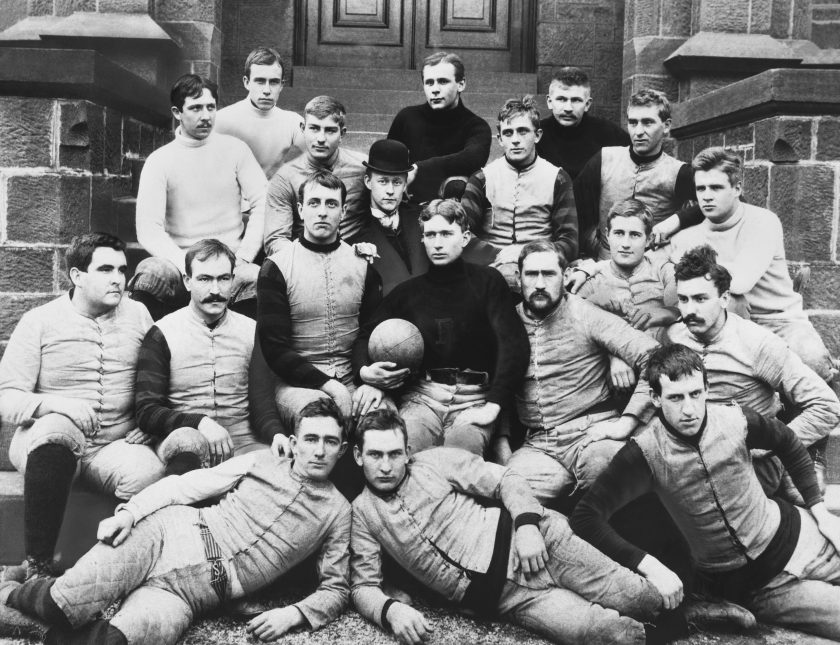 Back in 1869, there were only two teams: Rutgers and Princeton. They played two games and split them, leading to them both being retroactively named national co-champions. Rutgers has barely sniffed a title since -- but hey, at least they have more titles than Oregon.