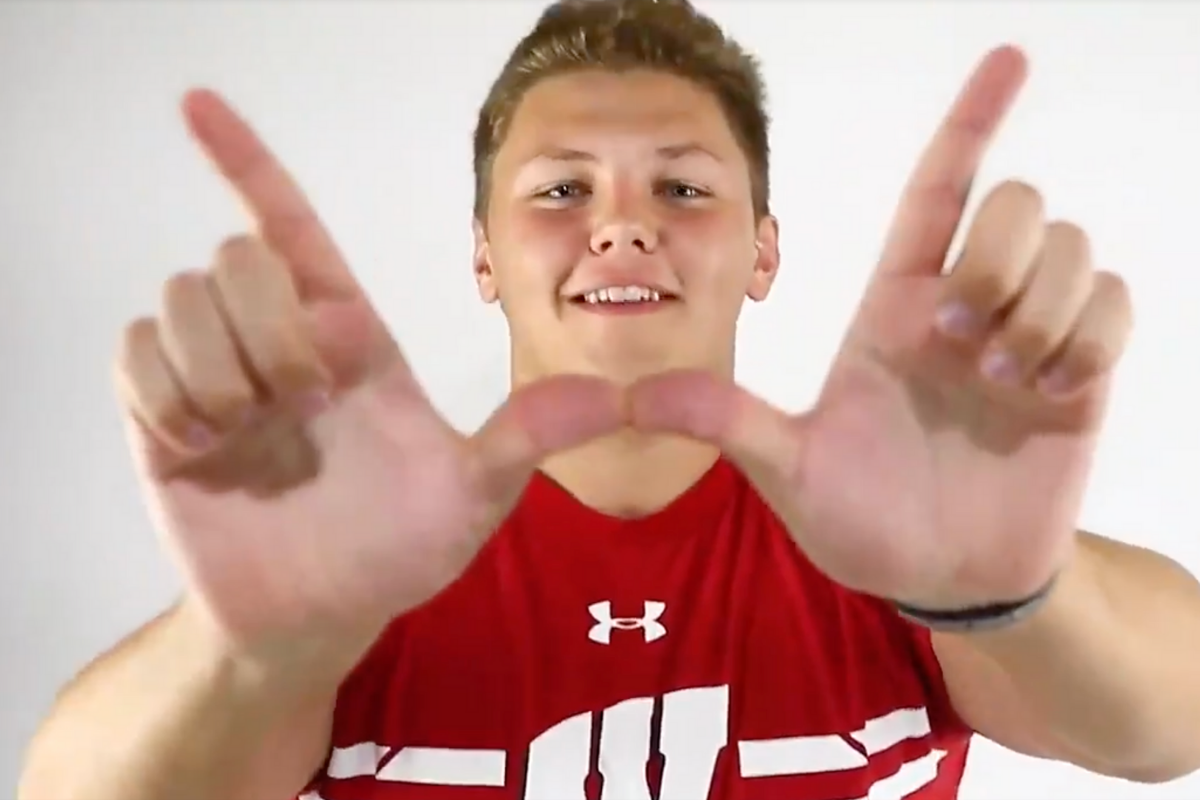 Offensive tackle Nolan Rucci has football in his genes. His father, Todd Rucci, played for the New England Patriots back in the day, and older brother Hayden Rucci is currently a tight end for the Wisconsin Badgers.

The Badgers aren’t a consistent college football powerhouse, but they definitely can sign standout prospects from time to time. Rucci, a five-star lineman, will be joining his brother and is the latest stud to take his talents to Madison.

Next story to write… ✍🏼 pic.twitter.com/yTrDLYteNb

Proud to welcome the future star of OLU:
Our man, @NolanRucci!

Why Wisconsin for Nolan?
“To build something great and bring a natty to Madtown.”
#NSD21 » #OnWisconsin pic.twitter.com/49Qy8OBuNY

RELATED: 5-Star Tackle Could Be Alabama’s Next All-American Lineman

The Nittany Lions were thought to be favorites because that was Todd and Stacy Rucci’s alma mater.

Ultimately, the offensive lineman will be joining a different Big Ten squad. Rucci has a great relationship with Badgers head coach Paul Chryst and offensive line coach Joe Rudolph, so it was easy to affirm the commitment on National Signing Day.

A little look at @NolanRucci's resume:

The recruiting process has looked much different due to the pandemic, but thankfully, Rucci didn’t seem to have many issues with his visits, whether they were in-person or virtual.

Nolan Rucci has the highlight reel to prove that he is incredibly talented. The 247Sports Composite cites him as the fifth-best offensive lineman in the entire class. With praise like that, he should have no trouble performing well at the college football level.

Scouts see a combination of impressive size (6-foot-8, 295 pounds) with exceptional footwork that will solidify Rucci as an All-American candidate for years.

With continued growth, a first-round selection in the NFL draft is not out of the question, either.

Nolan Rucci is an absolute UNIT on the field. 😤@NolanRucci | @BadgerFootball | #OnWisconsin

Nolan Rucci has the chance to lead Wisconsin into a new era of success in the Big Ten.