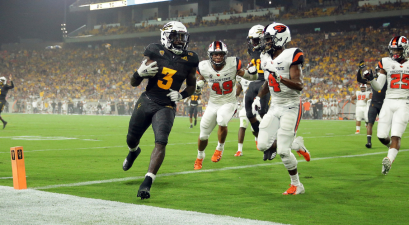 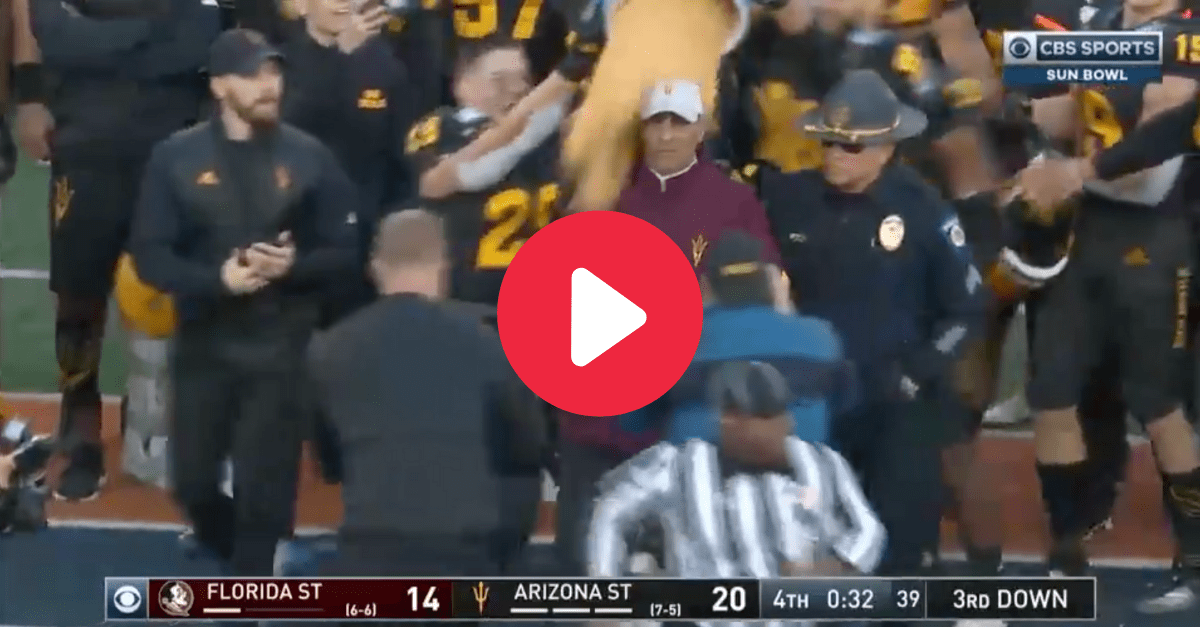 Winning a NCAA college football bowl game is a beautiful thing. Not only do teams get paid well, they also get to celebrate in grand fashion for putting an exclamation point on the season. The Arizona State Sun Devils sure found a way to close the 2019 campaign in creative style.

After taking down the Florida State Seminoles in the Tony the Tiger Sun Bowl, head coach Herm Edwards started making his way to midfield for postgame handshakes and hugs. However, before he could get there, ASU players showered their football coach with Frosted Flakes.

You?ve heard and seen a Gatorade bath millions of times. You likely saw it when Oregon defeated Wisconsin in the Rose Bowl and when Georgia defeated Baylor in the Sugar Bowl on New Year?s Day.

But dumping a cooler full of cereal on your coach after a football game? That?s absolutely new and definitely hilarious.

Arizona State football taking down FSU for a Sun Bowl win isn?t exactly the same magnitude as winning an NFL playoff game, something Edwards has done in the past, but this was probably just as satisfying.

In 2018, his first season at the ASU helm, the Sun Devils lost to Fresno State in the Las Vegas Bowl. Coming back this year and finishing the year with a big win had to have felt good for the 65-year-old Edwards.

Although the offense failed to find the end zone, ASU football got all it needed from freshman quarterback Jayden Daniels and wide receiver Kyle Williams to move the chains and get four field goals. The defense also forced four interceptions and a key fumble in the fourth quarter.

It wasn?t pretty, but ASU got the job done. A Frosted Flakes bath was a nice touch at the end, too.