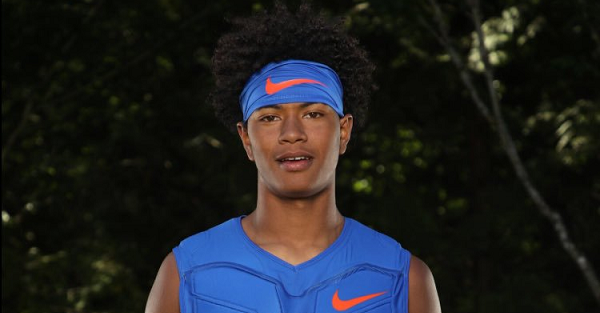 Chip Kelly hasn’t been on the job for long at UCLA, but it looks like he already got a win on the recruiting trail. He picked up a commitment from the top athlete in the country in Bryan Addison. He made it official with this tweet:

The 6-foot-5 , 180-pound athlete is the top player at the position and the No. 10 recruit in the California according to 247Sports. He’s been invited to the Under Armour All-American Game and has offers from Michigan, Arizona, Washington, Louisville and Ohio State among others.

Addison is ranked as the third-best commit UCLA has right now behind Olaijah Griffin and Dorian Thompson-Robinson. However, he’s Chip Kelly’s best recruit so far and the Bruins will be looking to improve on their 30th-ranked class so far in 2018.