Beloved Colorado Mascot Forced to Retire for Being Too Wild 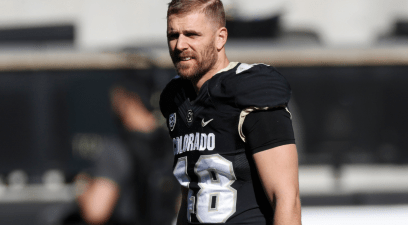 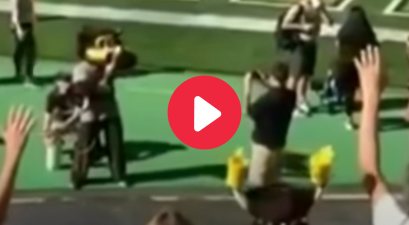 Mascot Shoots Himself in the Junk With T-Shirt Gun If you have been to a University of Colorado football game over the last decade, you know all about Ralphie V. Watching the beloved live buffalo mascot run onto the field makes for one of the most electric entrances in all of college football. Unfortunately, since all good things must come to an end, we will never see her run again.

Last month, Ralphie V turned 13 years old. She’s in great health and receives regular veterinarian check-ups, according to the university. There’s just one problem. Ralph is too damn wild to go run at Colorado Buffalo games in Boulder any longer.

Most buffaloes at her age get slower. Ralphie V was actually running too fast. She also wasn’t responding to her handler’s cues and had such a bad temper that she was held back from home games against USC and Stanford.

"Ralphie V has served the department and the university well. She has been a very special buffalo and has truly been adored by many." @RickGeorgeCU

Colorado’s live mascot Ralphie V won’t run anymore with the football team, but she will be celebrated in her final appearance later this month in a game against the Washington.

To say it was a great run would be an understatement.

“Ralphie V has served the department and the university well. She has been a very special buffalo and has truly been adored by many.  We hope she lives for many years to come and look forward to finding her successor.”

According to the university, Ralphie Program Manager John Graves has been around Ralphie V since she was six months old and was actually one of the handlers during her first run at Folsom Field back in September 2008.

“Ralphie V was our first Ralphie to serve in the age of social media,” Graves said. “Thanks to her, we were able to incorporate an educational aspect to the Ralphie Program and hundreds of thousands of fans were able to meet her and learn more about her and buffalo in general, while countless more learned via social media.  As one of the biggest and fastest Ralphies, her love for running and power was showcased every home game during her career.  It’s almost like she knew she was the queen of campus and she loved to show that fact off when she ran onto the field and at her public appearances.”

Whether it was before games or after halftime, a live mascot has ran with the football team for the 53rd season in 2019. Ralphie V, the second longest serving live mascot at Colorado, did it 76 times and was only held back five times during her entire career.

Much like Colorado’s previous retired buffaloes, Ralphie V will live on her ranch and enjoy her life after football. Her replacement, Ralphie VI, will be announced at a later date.

READ MORE: The 20 Most Electric Entrances in College Football