The "Manningcast" was an absolute hit during last year's NFL season, so naturally Peyton Manning is making sure something similar is coming to college football. Rejoice, fans of the greatest sport on Earth.

Peyton Manning's company, Omaha Productions, is teaming up with former NFL player Pat McAfee to bring a separate broadcast for six "big-ass" college football games this upcoming season that will air on ESPN2. Which games, exactly? Nobody knows! But one thing is for sure: this simulcast will be anything but boring.

"Peyton Manning and I are getting into business together," McAfee said on "The Pat McAfee Show". "We have officially agreed, alongside Omaha Productions, to simulcast six big-ass college football games this season. We will be on ESPN2. The main cast will be on ESPN. Omaha is obviously helping us along the way and we will be running it. Peyton, you are the f***ing man. Thank you for the opportunity, thank you for the business."

While the "Manningcast" was a huge hit among NFL fans -- because who doesn't love Peyton Manning and Eli Manning doing things like flipping off the camera? -- some are weary of this copycat simulcast. It doesn't appear Peyton will be part of this gig, at least from an on-screen perspective, so it could completely flop. Peyton, after all, is the reason the Manningcast is so darn good. He's funny, witty and relatable. He feels like just another fan watching the game with you, except he can dissect plays and brings on entertaining guests like Charles Barkley, Marshawn Lynch and Dwayne "The Rock" Johnson.

That being said, McAfee has been a rising star in the sports media business. He signed a four-year deal with FanDuel in December 2021 that will pay him $30 million PER YEAR to continue his show. He's every bit as entertaining as Peyton Manning, but...he's not Peyton Manning. Still, McAfee and his 2.5 million Twitter followers might attract a younger audience to ESPN's broadcasts. 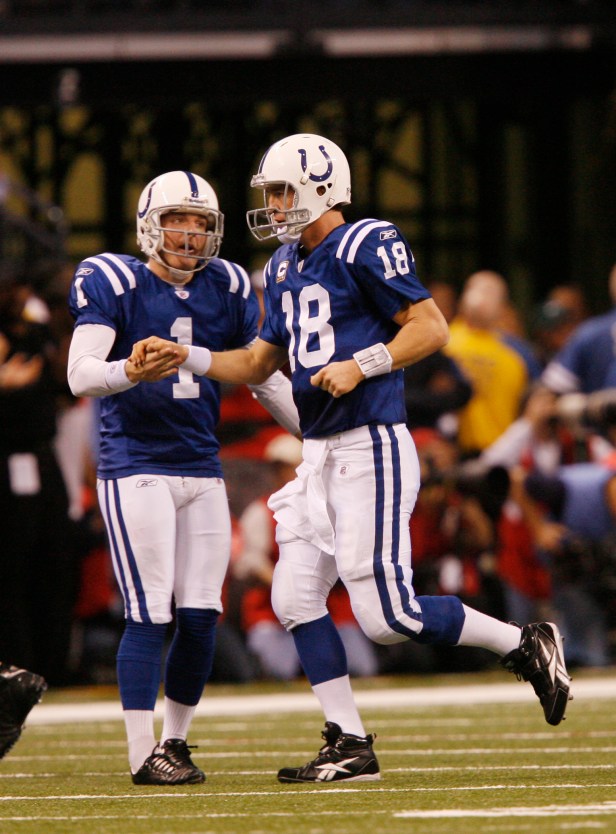 McAfee and Manning also have history together. The two were teammates on the Indianapolis Colts from 2009-10. Before he became an All-Pro punter who abruptly retired, the 35-year-old McAfee starred at West Virginia.

Time will tell if McAfee's new venture is a hit, but I'll be tuning in when it does kick off.