The Pitt Panthers enter 2022 as the defending ACC Champions. Kenny Pickett and Jordan Addison led the Panthers over Wake Forest in the conference championship game, solidifying 2021 as arguably one of the best years for Pitt Football since the days of Dan Marino or Tony Dorsett.

But the question is, can Pitt keep that momentum riding high one year later? They lost a lot of pieces that made last year so special. So, is 2022 the year Pitt moves into the conversation with Clemson and Florida State and proves itself a worthy ACC program or a Cheez-It Bowl mainstay?

Pickett's breakout year was the main reason the Panthers had their most memorable season in decades. Along the way, he broke several long-standing school records held by NFL Hall of Famer Marino. His performance in 2021 earned him a first-round draft selection, and while he will still call Acrisure Stadium (formerly Heinz Field) home as a member of the Pittsburgh Steelers, there will be a new face under center for the Panthers this season. 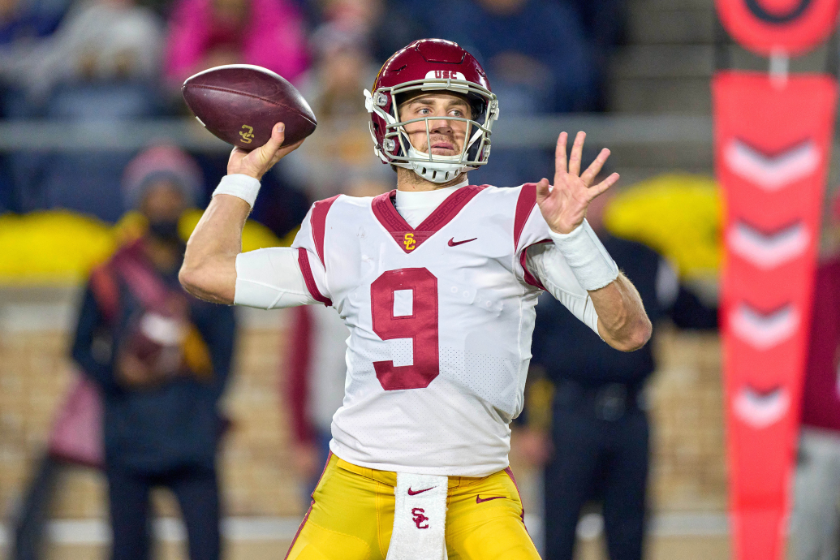 With Pickett, the Pittsburgh Panthers' offense finished fifth in the country in total yards, fourth in total points, and third in points per game. Pickett himself was responsible for 47 all-purpose touchdowns and 4,319 yards passing. They'll need a gunslinger to help keep their offense humming, and they got it by way of USC transfer Kedon Slovis.

Slovis tossed 30 touchdowns to just nine interceptions for the Trojans as a true freshman in 2019. An injury set him back some last season, but he is hoping to lead the Panthers back to the ACC championship and prove he has a future in the NFL. ESPN analyst Todd McShay has Slovis ranked eighth in his 2023 quarterback prospect rankings heading into the season.

Pickett was barely on the NFL radar heading into last season. So, who knows. A solid year for Slovis could skyrocket him up draft boards. 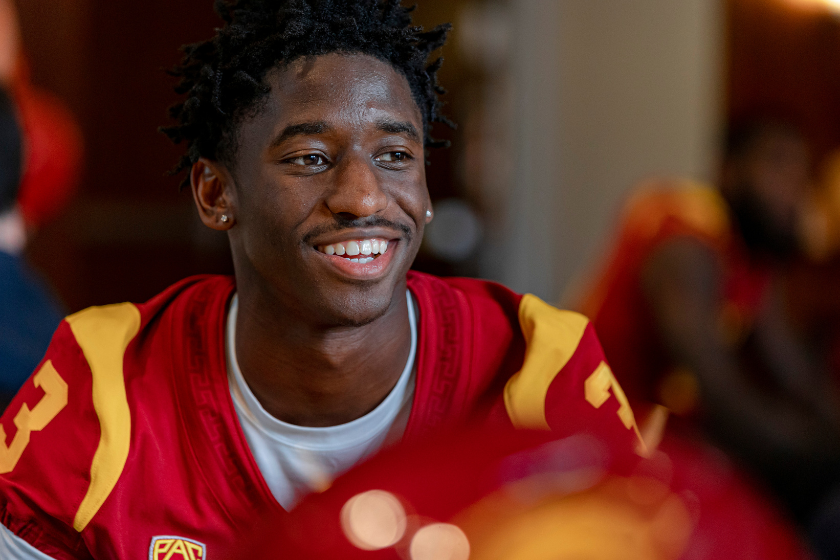 Unfortunately for Slovis, he won't have Pickett's top weapon from last year, wide receiver Jordan Addison. Ironically enough, Addison entered transfer portal and will call Slovis' former school, USC, home this season. It puts a damper on the offense anytime you bring in a top-tier quarterback to take over, only to lose college football's best wide receiver and Biletnikoff Award winner from a season ago.

Addison had 100 receptions, 1,593, and 17 touchdowns with Picket tossing to him. He would have figured to put up very good numbers with Slovis throwing him the ball as well. Alas, 'twas not to be. 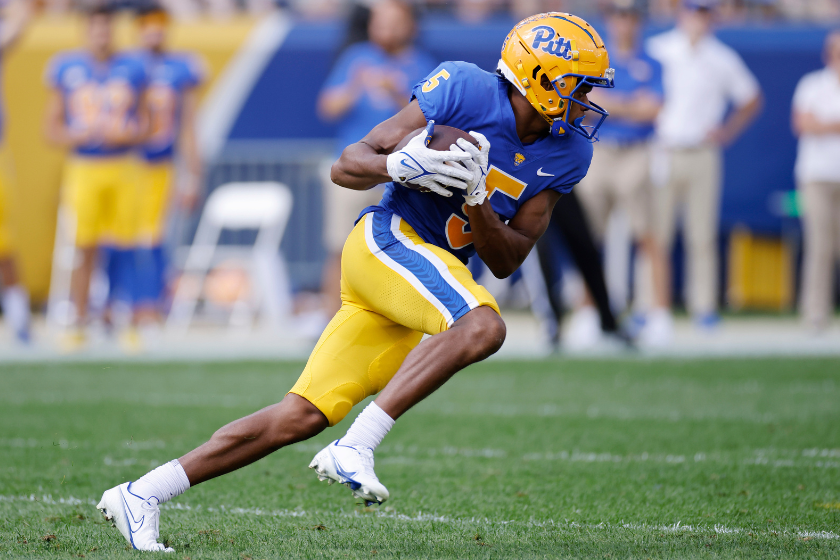 If the rankings are any indication, we can expect Pitt to remain a juggernaut offense again this season. The Associate Press ranks them at No. 17, only four spots from where they finished last year at No. 13. Slovis lines up behind a veteran offensive line, and the Panthers have a three-headed attack of Israel Abanikanda, Vincent Davis, and Rodney Hammond at running back -- a group capable of putting up over 1,500 yards on the ground.

Among the returning wide receivers, Jared Wayne was a solid No. 2 option last year for Pickett with 658 yards and six touchdowns, and he'll presumably be the top option for Slovis this season. Head coach Pat Narduzzi worked the transfer portal and yielded two additional options in Konata Mumpfield from Akron and Jerrod "Bub" Means from Louisiana Tech. While they may not be standouts like Addison, the wide receiver corps has a lot of depth.

Pitt Defense Will Be a Force 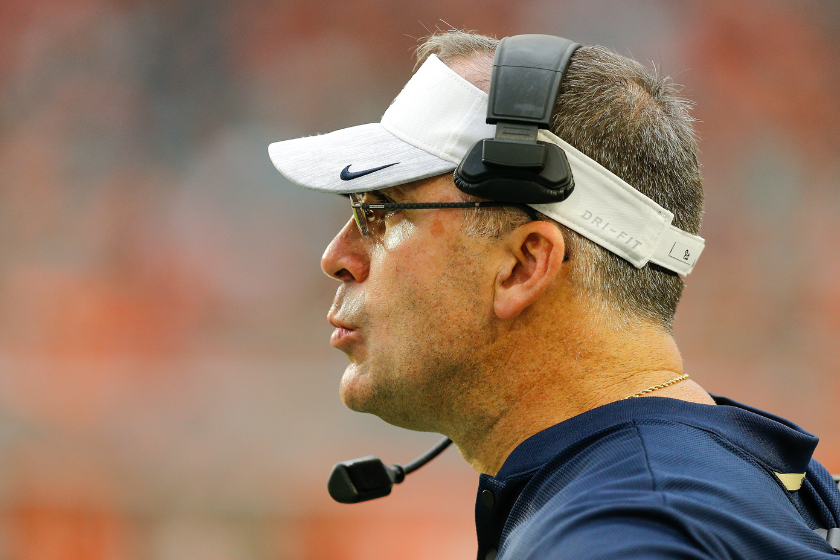 Pitt will also field one of the best defensive lines in its history, and they want you to know about it. Ranking in the top five heading into 2022, defensive end Deslin Alexandre and defensive tackle David Green look to build on a defense that registered 52.5 sacks and had three pass rushers selected to the NFL Draft last year.

It's no surprise then that getting to the quarterback has been the defense's biggest strength over the past few seasons. Last season's defense ranked first in the nation in sacks per game at 3.9 and finished with 51 total. In 2020, the defensive unit led the nation in team sacks with 46.

"We're reaching for one of the most disruptive defenses across the country," Alexandre and Green told reporters at camp this summer. "We're trying to be the best defensive line that has ever come through the University of Pittsburgh." 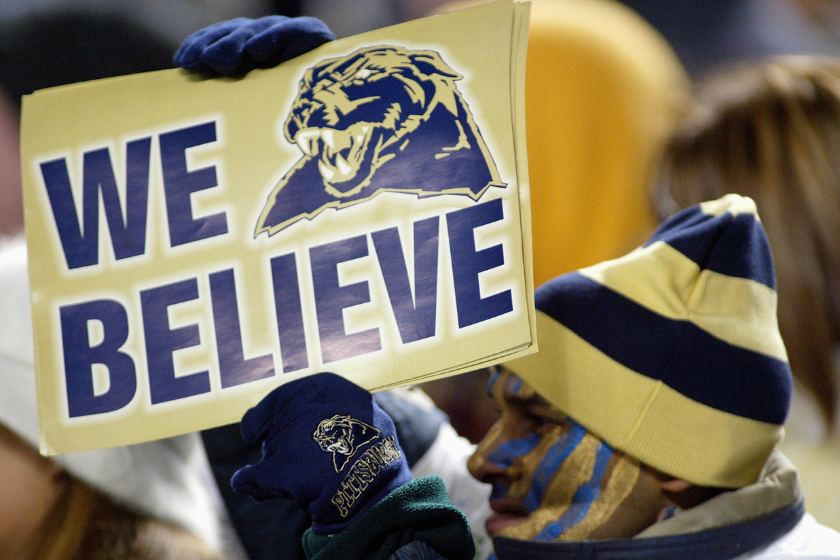 The Panthers aren't going to let the loss of their two top playmakers derail them, but the early part of their schedule will be key in keeping the momentum from last season alive. Up first is the Backyard Brawl against the West Virginia Mountaineers to renew one of college football's most underrated rivalries. After that, Tennessee will travel to Steel City. Then, there's the Week 3 grudge match against Western Michigan, who gave Pitt one of their three losses last season.

If Pitt can come out of those first three weeks with wins, they should be sitting pretty for ACC play. Teams like Virginia Tech, Syracuse, Louisville and Georgia Tech might just serve as tune-ups for a big bowl game. The only real threat Pitt faces is Mario Cristobal's Miami Hurricanes the last week of the season, which should decide who represents the Coastal Division in the ACC Championship Game.

Pittsburgh's conference schedule is favorable, but if Narduzzi wants to prove last season wasn't a fluke, the Panthers need to return to the ACC title game.

"The Backyard Brawl": No Love Lost Between West Virginia & Pitt After 11-Year Hiatus