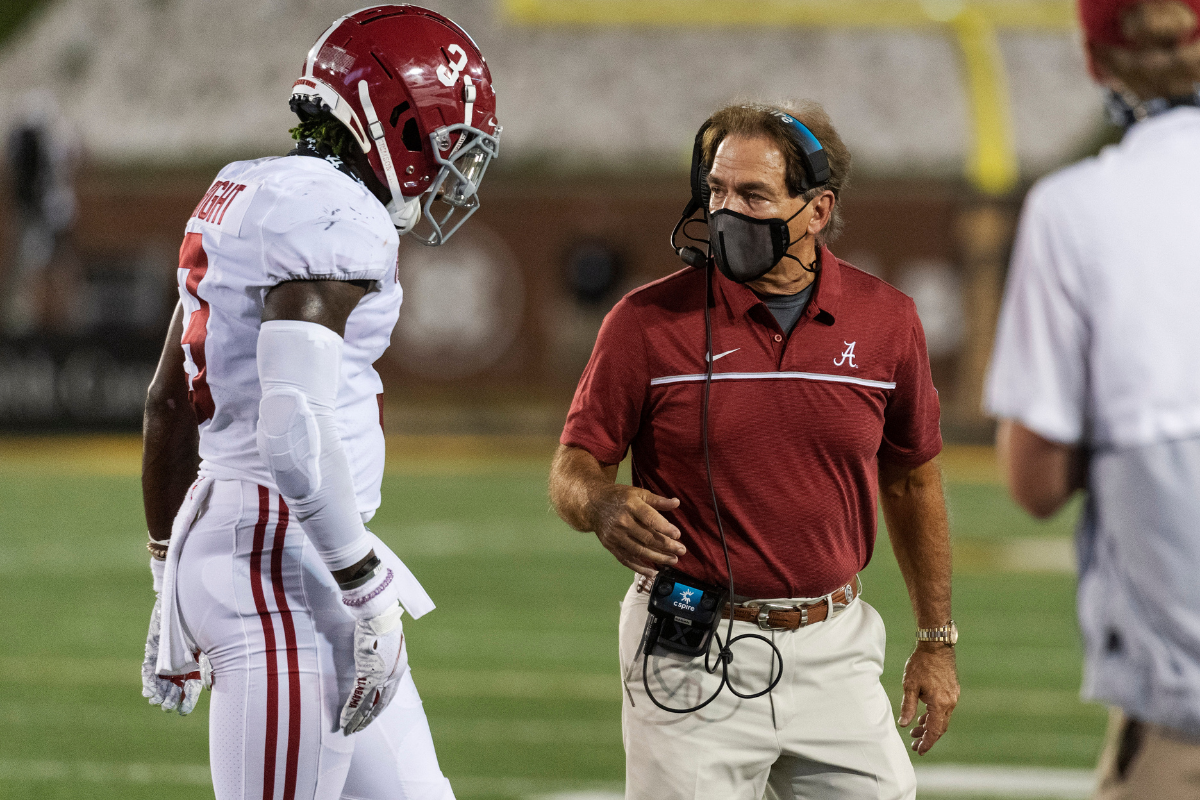 Alabama coach Nick Saban and athletic director Greg Byrne have tested positive for COVID-19, three days before the second-ranked Crimson Tide is set to face No. 3 Georgia in a clash of Southeastern Conference and national powers.

Both said their tests Wednesday morning came back positive, but Saban said he didn’t have any symptoms by late afternoon.

?I immediately left work and isolated at home,? Saban said.

The second-ranked Crimson Tide is set to face No. 3 Georgia on Saturday, and may be without their iconic 68-year-old coach who remained scheduled to talk with the media Wednesday evening.

Saban said he informed the team via a Zoom session at 2 p.m. Wednesday and that offensive coordinator Steve Sarkisian will oversee game preparations while he works from home.

Sarkisian is a former head coach at Washington and USC. Saban has led Alabama to five national titles since taking over the program in 2007, and also won one at LSU.

It was another body blow for the SEC, which had postponed two games this week already: No. 10 Florida against defending national champion LSU and Missouri-Vanderbilt.

Alabama’s head trainer Jeff Allen and medical director Jimmy Robinson said in a joint statement that Saban and Byrne were the only initial positive tests.

?All individuals who are considered high risk contacts have been notified and will follow quarantine guidelines,? the statement said. “We will follow the SEC?s Return to Activity and Medical Guidance Task Force Protocol for testing asymptomatic positives.?

Byrne said he would ?remain at home and follow all guidelines.?

“We?ve been diligent about mask wearing and social distancing from the start and want to continue to encourage you all to take the necessary precautions to help stop the spread of this virus for yourself and those around you,? the 48-year-old AD said.