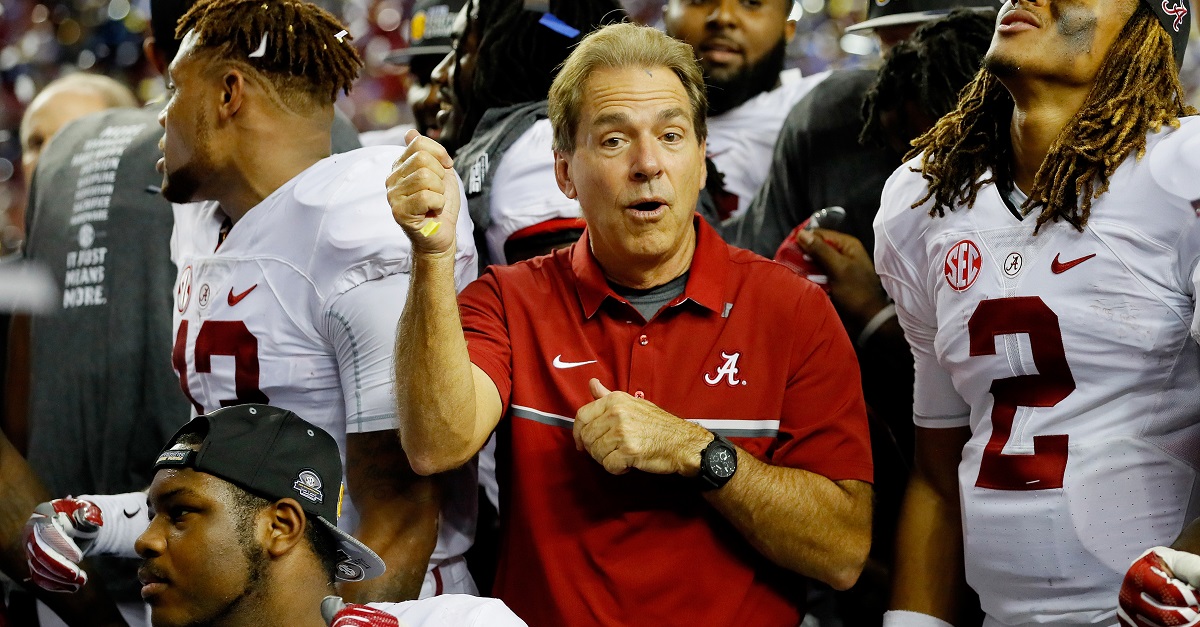 Alabama had a clear issue in the National Championship Game against Georgia with its kicking game. It was reported over the weekend that the Crimson Tide was pursuing Temple graduate transfer kicker Austin Jones. It looks like they have landed their guy with his reported commitment.

Jones made50 of 67 attempts over his four-year career, but got much better his three seasons — he was only 13-of-22 in his freshman season — as he made 37-of-45 over those seasons. He should be eligible to play immediately and could certainly give the Tide a bit of an insurance package as they do have a top kicker available to play in Joseph Bulovas. He redshirted last year and will be a redshirt freshman this season.