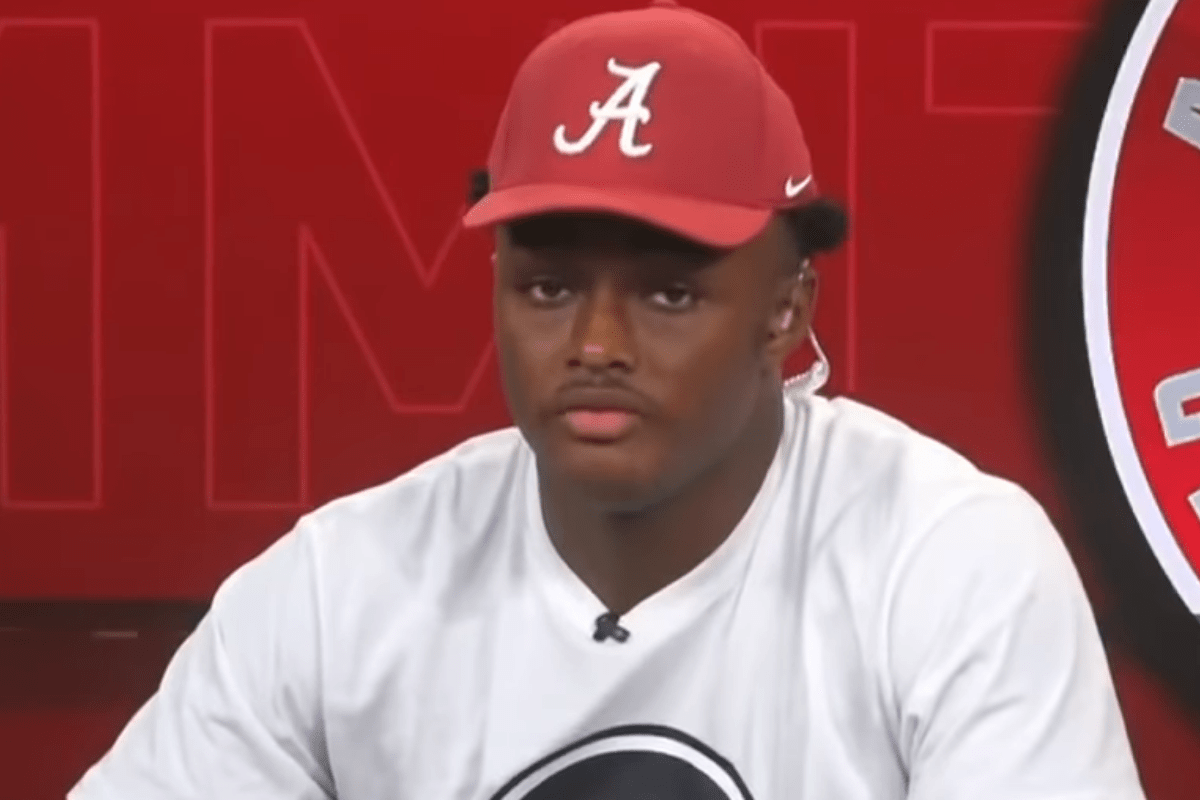 Alabama boasts one of the best college football programs in the country. Nick Saban has brought the team to new heights since taking over in 2007 and has shown no signs of slowing down.

The Crimson Tide made an addition to their already exceptional 2021 football recruiting class when they signed defensive end Dallas Turner.

Turner originally attended American Heritage High School but transferred to Fort Lauderdale’s St. Thomas Aquinas for his senior year. He is more than ready for the college level and will strike fear into the hearts of Bama’s opponents.

It is a blessing to officially be apart of this family 🙏🏾🐘🔴 #RollTide pic.twitter.com/BHqhuIgEU2

Unfortunately for those other teams, the five-star’s heart was set on Tuscaloosa.

Alabama is a threat to reach the College Football Playoff year after year, and that sustained success is an added incentive for recruits.

Watching this highlight tape, it’s easy to see why scouts are so high on Turner. He is an exceptional pass rusher who bullies his opponents with athleticism. As a junior, the weakside defensive end accumulated 74 tackles and was named an All-American as a result.

Turner also has experience as a linebacker, but he will likely remain a defensive lineman for the Tide.

The 247Sports Composite is quite high on Turner, calling him the eighth-best prospect in the nation. Initially listed as a four-star talent, Turner has already surpassed that evaluation with his play on the field to earn a coveted fifth star.

Dallas Turner hopes to be the next exceptional recruit to make an impact and join the professional ranks.