Alabama wide receiver DeVonta Smith is doing the unthinkable right now. He's thrusted himself into Heisman Trophy talks and even is considered the odds-on favorite by some. He's also setting records in every game he plays in while making himself a ton of money as we approach the 2021 NFL Draft.

Originally a four-star recruit from Amite High School in Amite, Louisiana, Smith has turned himself into the best receiver in college football despite standing 6-foot-1 and 175 pounds. Smith's prowess will be on full display in the College Football Playoff as the Crimson Tide vie for another national title over Clemson, Ohio State and Notre Dame.

While DeVonta Smith is making the Heisman race a close one, he's also forced Alabama fans to answer the question: Is Devonta Smith the best wide receiver in Alabama Crimson Tide history?

Despite Alabama football sending stars like Amari Cooper, Julio Jones, Jerry Jeudy and Calvin Ridley to the NFL, Smith might just be better than all of them while playing in Tuscaloosa. 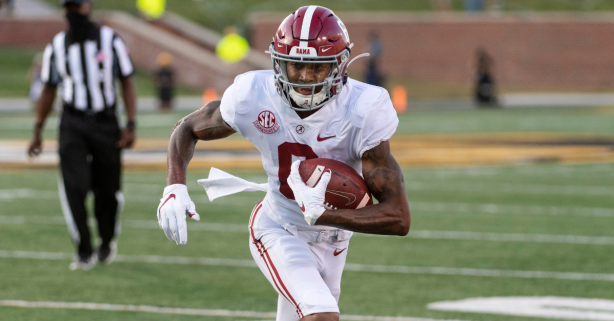 DeVonta Smith isn't even finished with his senior season, and he already owns Alabama career records for receiving yards (3,620) and receiving touchdowns (40).

Amari Cooper, Smith's biggest competition for Alabama's wide receiver GOAT, only played three seasons but finished with 3,463 yards and 31 receiving touchdowns. He probably would've had closer to 5,000 and 45 in those respective categories if he stayed another year.

Here's the thing, though.

DeVonta is having the best season any Alabama wide receiver has ever had. His 17 single-season touchdowns already rank first and lead almost everyone in the country. He's notched 1,511 receiving yards and could very well surpass Cooper's 1,727 receiving yards in 2014.

Just look at some of these games from this year.

Even single-game records all belong to DeVonta Smith. Last year's 274-yard, 5-touchdown performance against Ole Miss are a program best. He torched LSU for 213 last year, then put up 231 against the Tigers this year.

And for anyone trying to say DeVonta isn't as talented as Amari and Julio because of his size, I have one clip for you:

That will be Smith's statue pose right there.

In all seriousness, Alabama fans should cherish DeVonta Smith. He's made the entire Alabama offense around him more potent. Quarterback Mac Jones is having one heck of a first season. Najee Harris is possibly the best running back in the NCAA. Jaylen Waddle would've thrived, too, had he not gotten injured so early.

Smith and his single-game record 15 receptions is a big reason why 'Bama and head coach Nick Saban won a slugfest against the Florida Gators in the SEC Championship Game.

The wideout has 'Tide fans thinking national championship once again, and when the season's all said and done, DeVonta Smith may be more than just another first-round pick. He's going to be Alabama's best wide receiver of all time. 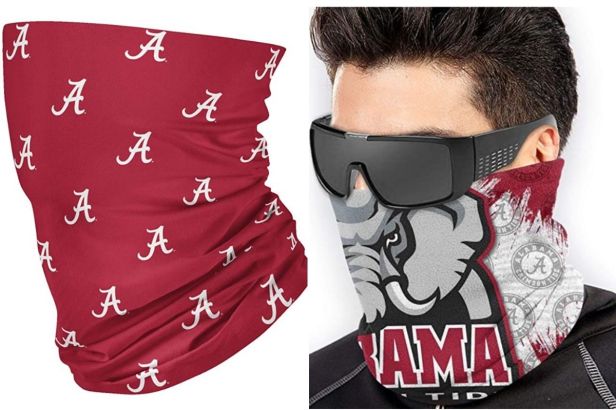 MORE: Mac Jones' Parents Were College Athletes Before He Was