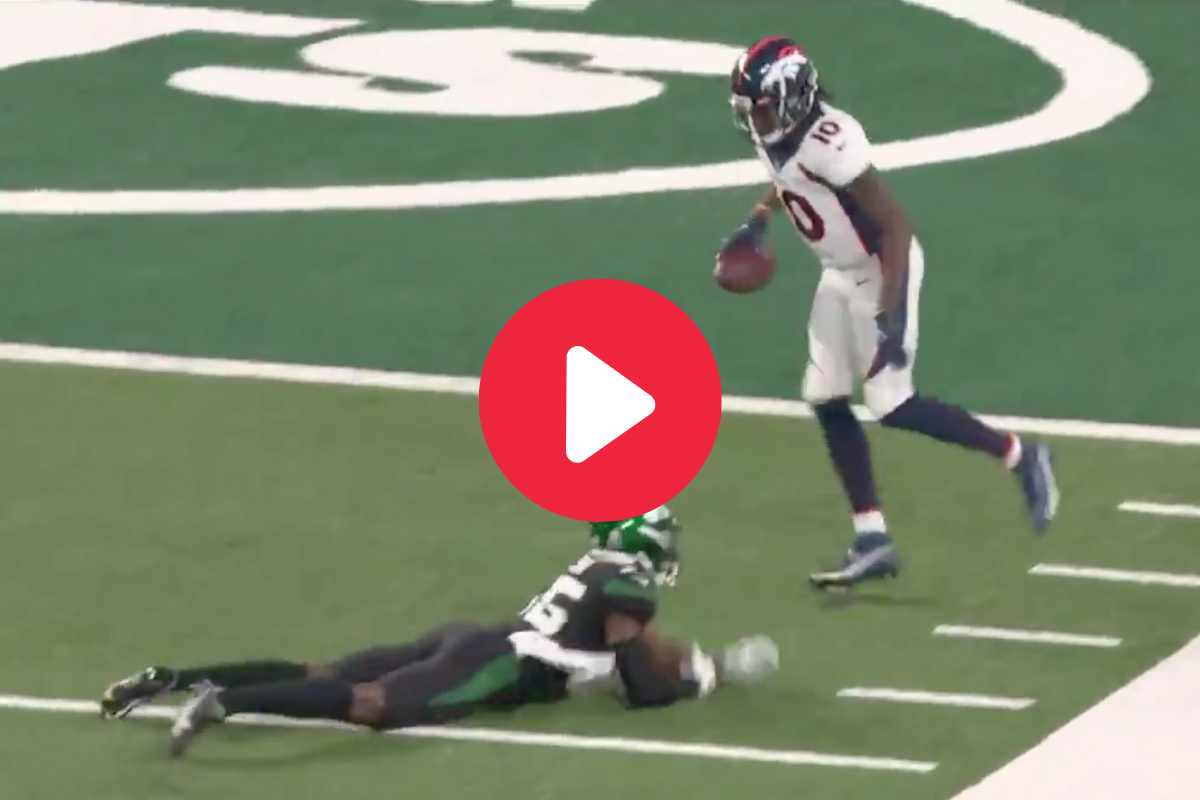 Denver Broncos wide receiver Jerry Jeudy is going to be a star in the NFL. There?s simply no other way to put it. What the former Alabama Crimson Tide great did in college football was only a preview for what?s to come and he proved he has officially arrived on Thursday Night Football.

The TNF matchup between the winless Broncos and winless New York Jets did not have a lot of hype. In fact, it was almost a guaranteed snoozer. The game was much better than many expected, however, and featured some big-time plays on NFL Network.

Jeudy caught two passes for 61 receiving yards to help the Broncos earn their first win of the season, including a touchdown catch that will be on his highlight reel forever.

Jerry Jeudy makes plays. It?s why he was a first-round pick (No. 15 overall) in the 2020 NFL Draft. After quality games against the Tennessee Titans, Pittsburgh Steelers and Tampa Bay Buccaneers to start his NFL career, he finally found the end zone against the Jets, and did so in impressive fashion during the first half.

After Broncos quarterback Brett Rypien, who started in place of the injured Drew Lock, aired one out his direction early in the second quarter, Jeudy snatched the ball away from Jets cornerback Pierre Desir and waltzed his way into the end zone for a 48-yard touchdown reception at MetLife Stadium.

Jeudy then did a little dance. It was quite embarrassing for Desir, head coach Adam Gase, and really every Jets fan.

The Broncos might not make the playoffs this season during the coronavirus pandemic and COVID-19 outbreak, but they will definitely remember the locker room after winning their first football game of the year and Jeudy will always remember that catch.