The “Butt Fumble” Was So Embarrassing, It Made a Superfan Quit 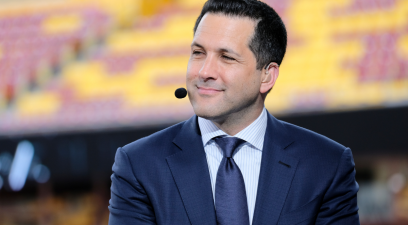 Adam Schefter’s Net Worth: The NFL’s News King is Paid Like Royalty 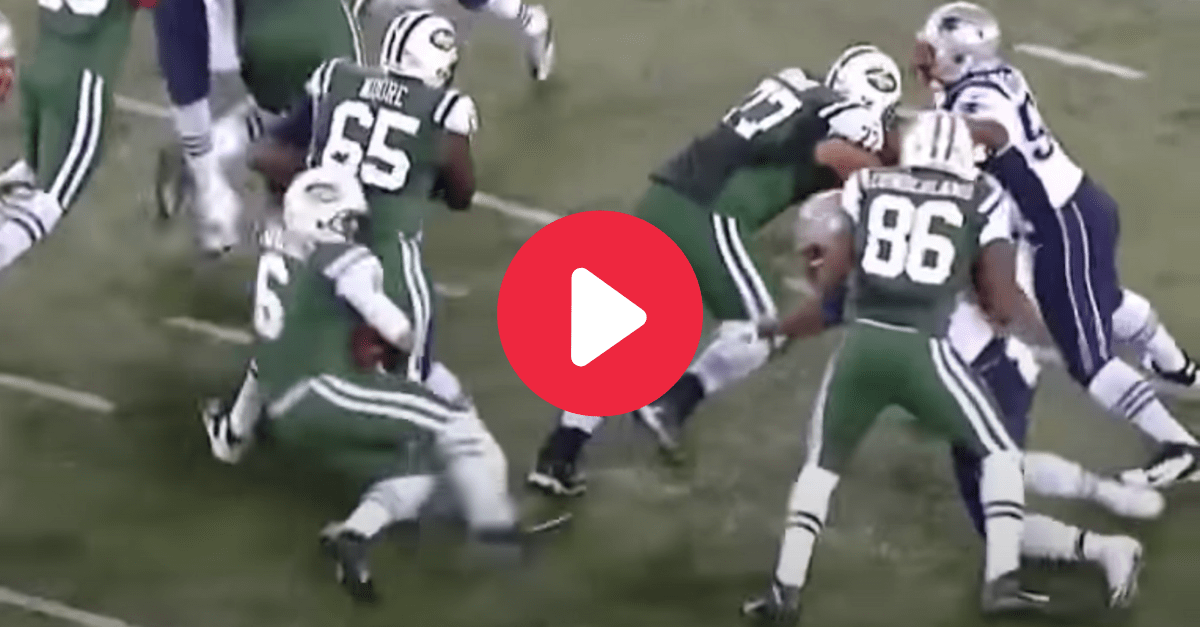 For over a century, Thanksgiving Day provided some of the greatest moments in NFL history. From iconic national anthem performances to classic games, the list of highlights is longer than the annual dinner menu. There is one play, however, that truly stands above the rest for all of the wrong reasons.

On Thanksgiving night in 2012, the infamous “Butt Fumble” was born. Over 20 million people witnessed it live. Millions more saw it after the fact and continue to watch it today. Nobody, especially New York Jets fans, will probably ever forget it.

Embarrassing moments happen all of the time in football, but this was easily one of the worst plays ever.

RELATED: The Most Electrifying Kick Return in History Came at 313 Pounds

With just over nine minutes remaining in the second quarter at MetLife Stadium, and the New England Patriots already out to a two-touchdown lead, the Jets were looking for an offensive spark behind quarterback Mark Sanchez. What they got, however, is one of the biggest blunders in football history.

On first down at their own 31-yard line, Sanchez took the snap under center, faked a handoff to fullback Lex Hilliard, and turned to run upfield with no other options. The broken play was likely going to result in a small gain, if anything at all, but it turned out to be disastrous.

Instead of getting tackled, Sanchez ran into the back of offensive lineman Brandon Moore, who was being pushed back by Vince Wilfork. He then fumbled the ball near the line of scrimmage before it was scooped up by Patriots safety Steve Gregory and returned it for a touchdown.

The Patriots scored 21 points in a span of 53 seconds in the second quarter. That sequence alone was mind-boggling at the time, especially to Jets head coach Rex Ryan on the sidelines and on social media, and still is today. The “Butt Fumble” is obviously the headlining moment.

For 40 weeks, the Butt Fumble blooper was the winner for SportsCenter’s “Not Top 10” on ESPN. The play was so bad, it eventually got retired from the program’s list by anchor Kevin Negandhi, according to Boston.com.

“That highlight just represented the worst of the worst, perfectly. It was No. 1 on our SportsCenter Not Top 10 for going on 20 weeks, and I remember thinking, “This thing is never going to lose.” After 40 weeks, the powers that be made the decision to retire it. They saw that Butt Fumble was an unstoppable force and we had to take matters into our own hands. Think about it: 40 weeks. We were coming back around to the next football season. You’re talking about awful baseball plays, the entire NBA season, bad college football plays, awful soccer plays, even own goals, and for 40 weeks of our Not Top 10, it outlasted more than 400 bad plays.”

Strangely enough, that wasn’t the worst of it.

The “Butt Fumble” was so bad that Jets superfan Ed Anzalone — better known as “Fireman Ed” — actually left that November game at halftime and didn’t return to another game until 2015.

As for Sanchez, the former first-round pick of the 2009 NFL Draft, his career was never the same. He took the Jets to the AFC Championship Game as a rookie, beat Bill Belichick and Tom Brady’s Patriots in the playoffs the next year, and helped make the team a Super Bowl contender for a nice stretch.

However, the “Butt Fumble” proved costly. Sanchez was benched the very next week after throwing three interceptions, and the Jets missed the playoffs. He was released by New York in 2014, and signed with the Philadelphia Eagles, Denver Broncos, Dallas Cowboys, Chicago Bears, and Washington Redskins before retiring.

The “Butt Fumble” is the lowlight of Sanchez’s career and it will always have a special place in football’s Hall of Shame.