Former NFL cornerback Antonio Cromartie is a living legend. On the field, he is known as a four-time Pro Bowl selection and the owner of the longest touchdown in league history. Off the field, he's best known as a father to a jaw-dropping number of children.

Cromartie, a mid-30s man enjoying retirement with a net worth somewhere around $10 million, is the father of 14 children. FOURTEEN CHILDREN! He even had four more kids after he had a vasectomy, according to Fatherly.

These days, Cromartie, who last played for the Indianapolis Colts in 2016, is a stay-at-home dad with wife Terricka Cromartie. Their lives have been chronicled in a reality TV show called "The Cromarties" on the USA Network and on social media.

Needless to say, there's never a dull moment at the house. 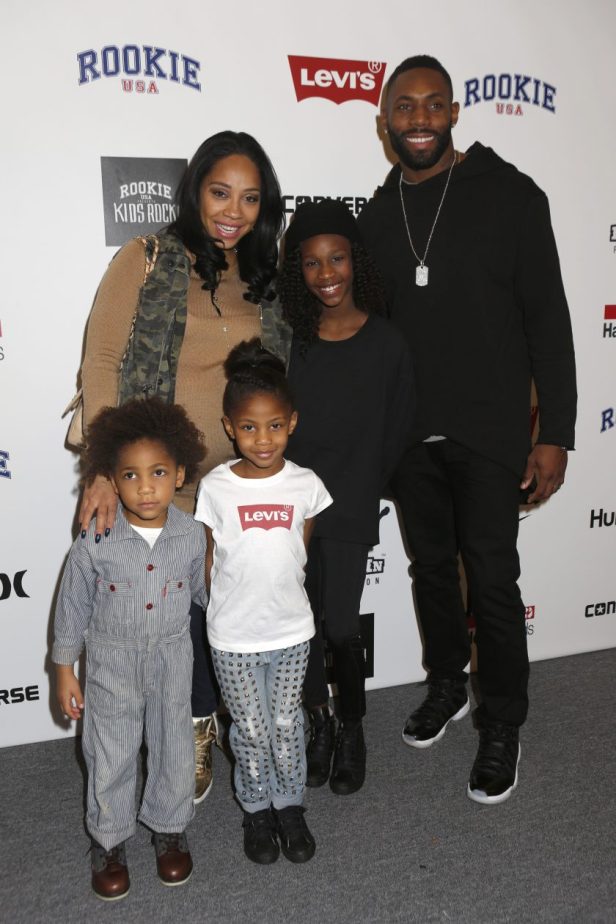 Back before the 2010 season, everyone knew Antonio Cromartie, the star football player from Lincoln High School in Tallahassee. He was a former first-round pick in the 2006 NFL Draft out of Florida State and had just been traded from the San Diego Chargers to the New York Jets. (He also played for the Arizona Cardinals during his career.)

Then, when HBO's "Hard Knocks" came to training camp, everything changed.

In one episode, Cromartie talked about the importance of being a father figure. All of that was sweet and good, but it took a turn when the Jets cornerback started naming all of his kids publicly for the first time .

In honor of Father?s day, let revisit Antonio Cromartie struggling to remember how many kids he has and their names. pic.twitter.com/XciuasZHjk

Little did many know he had so many children or that the Jets famously gave him a $500,000 advance so he could pay back child support. He paid $336,000 in child support each year back in 2016, according to The New York Post.

Despite having 14 kids with eight different women, the former NFL star has no regrets as a father, according to Fatherly, and is comfortable in his role with a blended family.

"I would say loving, very hands-on, and a little strict. Like, 'you need to be here, you gotta be here, you gotta do this a certain way.' So, I would probably say hands-on from a standpoint of just always wanting to know what's going on with homework and everything. And I'm strict, I am. I have a very militant, military background."

Antonio Cromartie's wife Terricka Cromartie -- formerly known as Terricka Cason -- was a reality show star on E's "Candy Girls." They have been married since 2010. They welcomed their sixth kid together and his 14th child with multiple baby mamas -- Jhett Paxton -- in 2017.

The names of the Cromartie kids, with some help from Heavy and US Weekly and the Daily Mail, are:

It's safe to assume that Cromartie probably has the most offspring in NFL history.