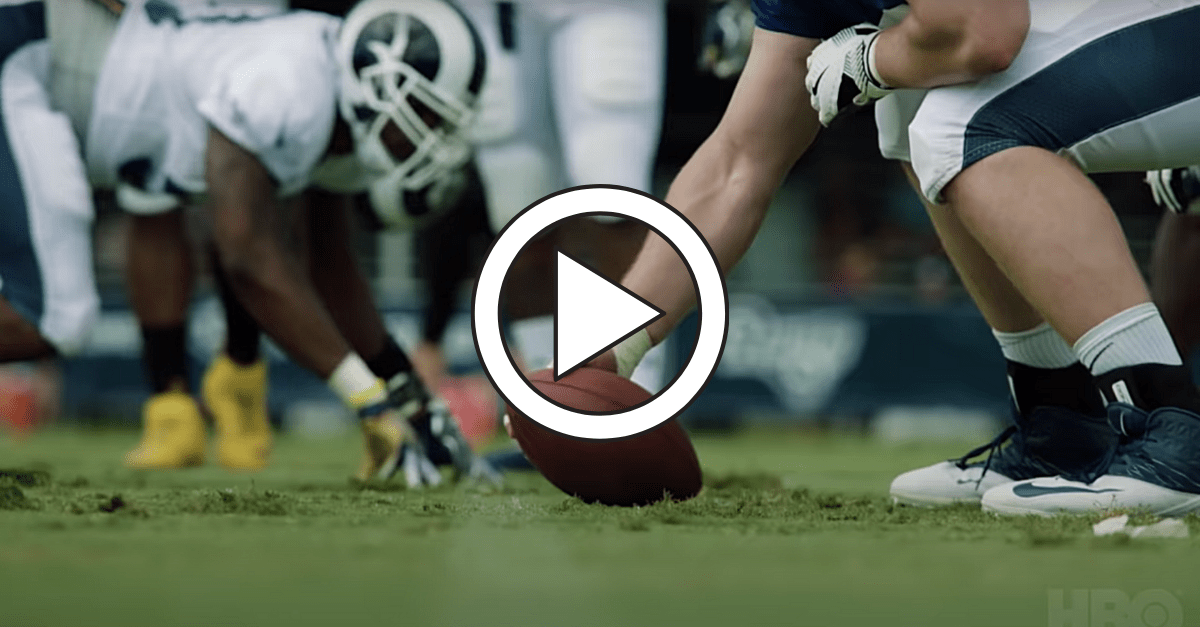 NFL teams pride themselves on secrecy. After all, the inner-workings and tiny details that breed success are what separates bad teams from good ones. Some even try to steal signals from their opponents, although they’ll never admit it. National Football League players become the best version of themselves behind closed doors, but when it comes to team owners, it is money over everything.

Every year, HBO’s Hard Knocks follows the storylines of one team throughout training camp and preseason, as the struggles players face and pressure mounting on head coaches and front office staff are profiled. In 2013, NFL owners agreed to keep Hard Knocks as the can’t-miss football event of the summer with something that is now known as “The Hard Knocks Rule.”

As teams began declined HBO’s invitation to appear on Hard Knocks (because what playoff-caliber franchise really wants their secrets revealed to everyone), the NFL created the following guidelines so that Hard Knocks and NFL Films always has talent. If a franchise does not willingly volunteer for Hard Knocks, teams that fall under these criteria can be forced by the league to participate in the documentary series:

1. The team that does not have a first-year head coach.

2. The team must have missed the playoffs each of the last two seasons.

3. The team did not participate in the last 10 seasons.

The league reportedly discussed doing away with these parameters to force high-profile, Super Bowl caliber franchises like the Patriots or Saints to actually participate and raise viewership, but those talks haven’t produced concrete change.

With those factors in mind, five NFL teams checked all these boxes as the 2019 regular season came to an end, and the 2020 offseason began. For fun, I ranked them based on how exciting it would’ve been to see them on the show.

The #Lions are slated to select third overall when the 2020 NFL Draft kicks off April 23: https://t.co/0uoFLHUhPw pic.twitter.com/M4ZCuFXAIm

Matt Patricia is boring. Matthew Stafford is falling apart. The Lions don’t have any star power and sharing a division with the Minnesota Vikings and Green Bay Packers means they likely won’t be playoff bound anytime soon. I’ll gladly watch Westworld reruns if Detroit ends up on Hard Knocks.

“It’s a legacy of quarterbacks here, and I couldn’t be more excited to hopefully keep that legacy going on with really good quarterback play.” – @DrewLock23 on being the QB in #BroncosCountry pic.twitter.com/6yKy1jIBIU

Vic Fangio is a professional coach, which doesn’t exactly make for exciting television. But then again, with John Elway as the general manager of this franchise, it doesn’t matter who the hell is head coach. Rookie quarterback Drew Lock captured the hearts of this coaching staff, yet there is still a lot of curiosity about that position next year. Also, Von Miller and his chickens would make some of the best television you’ll ever see.

Two words: Minshew. Mania. With Gardner Minshew assuming control and Nick Foles gone, the Jags easily have the most interesting quarterback personality heading into 2020. Jacksonville faces an overhaul of its front office with Tom Coughlin out, but the team confirmed that Doug Marrone will be back as head coach next season. The Jaguars are an intriguing pick here, especially with budding stars like wide receiver D.J. Chark and pass rusher Josh Allen anchoring a young team.

Through thick and thin,
We are family.
We always rise up.

From the bottom of our hearts… Thank You, #RedSea. pic.twitter.com/RbkkoSvwIL

Kliff Kingsbury mixed with Kyler Murray equals creativity and star power out in the desert. Year two with this core includes Hall-of-Fame wideout Larry Fitzgerald and newly-acquired DeAndre Hopkins, making the Cardinals one of the teams to watch in the NFC next season. Should they continue adding key pieces, it only adds to the intrigue of 2020.

We fell to the Ravens and finish the season 8-8.

You either love them or loathe them, but Pittsburgh would hands down land the most viewers. One year removed from the Antonio Brown/Le’Veon Bell disasters, the Steelers remain an NFL stalwart ? Only the Patriots and Packers won more games than Pittsburgh over the last decade. Hall-of-Fame quarterback Ben Roethlisberger will likely be entering his final NFL season (if he doesn’t retire before then), and Pittsburgh’s defense boasts All-Pro talent like T.J. Watt and Minkah Fitzpatrick. They check all the boxes, even if Mike Tomlin isn’t too thrilled about the idea.

What Teams Have Been on Hard Knocks?

Jon Gruden and the Raiders carried on the Hard Knocks tradition last year, becoming the 12th franchise to appear in the series.

This article was originally published December 31, 2020. It was updated with the announcement of 2020’s participants out on the West Coast.

UPDATE (July 22, 2020): HBO decided to throw everyone a curveball, which fits wonderfully in the backwards world we find ourselves in this year. For the first time, two teams will be featured in a jam-packed season of Hard Knocks.

NFL training camps of the Los Angeles Chargers and Los Angeles Rams will be chronicled during a summer in which the coronavirus pandemic and surging case numbers of COVID-19 turned sports upside down.

For the Chargers, it’s a new era following the departure of quarterback Philip Rivers and running back Melvin Gordon. Veteran Tyrod Taylor and rookie first-round NFL Draft pick Justin Herbert will battle for the starting QB job, while Joey Bosa, Melvin Ingram and a stout defense prepare for the season. Chargers head coach Anthony Lynn’s team heads into a crowded AFC West division that includes the defending champion Kansas City Chiefs, so seeing how they are transitioning will be must-see television on this year’s show.

The Chargers last made the postseason in 2018, losing to (you guessed it) the New England Patriots in the Divisional Round.

Both teams will play their inaugural seasons inside the brand new Sofi Stadium.

When Does Hard Knocks Start?