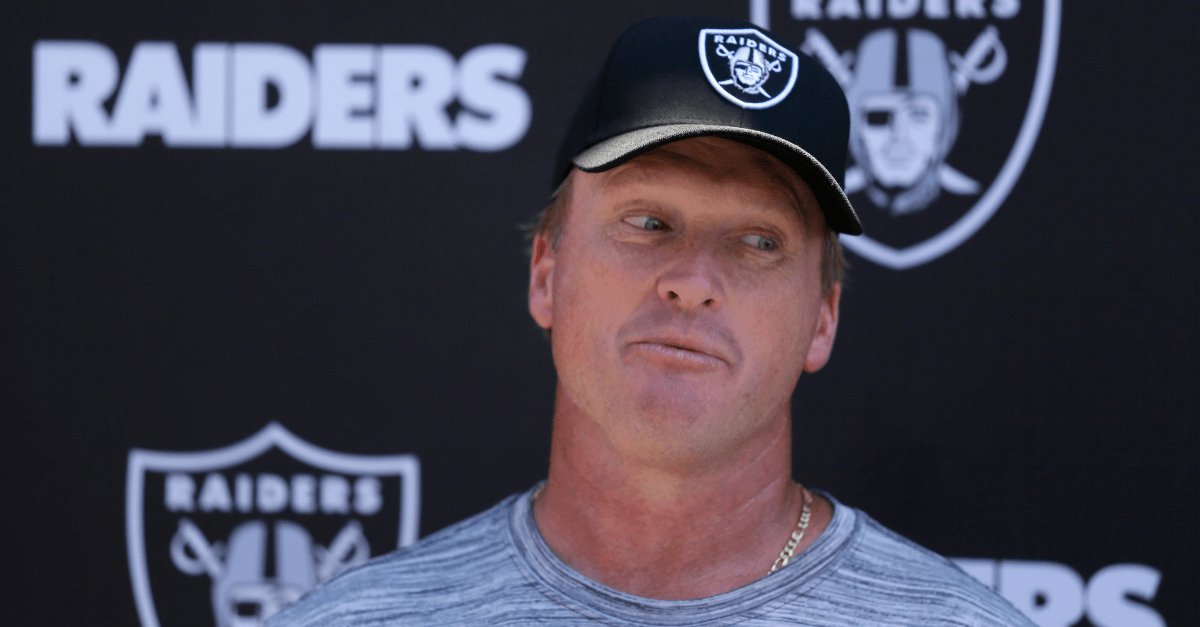 Ever since HBO featured the Baltimore Ravens during the first season of Hard Knocks back in 2001, the show has become must-watch television every summer. Following an NFL team’s ups and downs, from unexpected injuries to comeback stories to cutting players who fans fall in love with, it’s one of the coolest peeks behind the curtain any fan of football will ever get.

HBO’s Hard Knocks holds a reputation as more of a preseason distraction than anything, but that hasn’t stopped NFL teams from actively pursuing it in the past. Last year, the Cleveland Browns won the Hard Knocks “lottery” and went on to have their best season in the last decade. This year, NFL fans are getting spoiled with something they’ve craved for years: as much Jon Gruden as possible.

After weeks of speculation, the Oakland Raiders officially announced they would be the featured NFL franchise for the 14th season of the Sports Emmy Award-winning TV show.

Honestly, they never stood a chance against the Raiders.

"Everybody wants to be a Raider. Now they’ll find out what it takes to become one."

If you thought the Raiders were planning on anything other than getting Hard Knocks during training camp this year, you just haven’t been paying attention.

For starters, head coach Jon Gruden is a made-for-TV personality. He’s loud, energetic and has plenty of experience wooing football fans from his years in the Monday Night Football broadcasting booth.

Second, first-year General Manager Mike Mayock, who spent two decades as an analyst for ABC, CBS, and NFL Network, built a roster this offseason so jam-packed with storylines that the writers of Game of Thrones should’ve probably hired him for their final season.

Last, but certainly not least, this is the final season the Raiders will be located out in Oakland, California before moving the team to Las Vegas in 2020. The storied franchise won two Super Bowls in Oakland, and a third in 1983 as the Los Angeles Raiders, and were considered one of the league’s most important franchises during that time under vivacious owner Al Davis.

It’s a hard knock life for us

While history isn’t kind to the franchise featured on the television show, five out of 14 years the Hard Knocks team actually reached the playoffs ? Baltimore Ravens (2001), New York Jets (2010), Cincinnati Bengals (2009, 2013), and Houston Texans (2015). Maybe this is Oakland’s year?

It’s going to be chaos. It’s going to be exciting to watch. Hell, it might even be a complete train wreck. But it’s undeniable that the Raiders are the perfect choice for HBO heading into the 2019 NFL season.