When Joe Namath guaranteed his New York Jets would win against the juggernaut Baltimore Colts in Super Bowl III, everyone thought he was crazy.

"The Jets will win this Sunday," Namath said at an awards ceremony in Miami a few days before the game. "I guarantee it."

Bold words from a half-drunk guy whose team was 19.5-point underdogs, but when's the last time someone inebriated ever said something they would regret?

No, Broadway Joe lived up his word by playing the game of his life -- a Super Bowl MVP performance that saw him complete 17 of 28 passes for 206 yards -- while he led his team to a 16-7 win. It remains a legendary instance of putting your money where your mouth is, but it came at a price.

Namath's career began to regress due to injuries, and the Jets didn't make the playoffs the rest of his career in New York. However, the Jets' postseason woes have extended long after their Hall of Fame quarterback hung up the cleats. They have not only failed to win another Super Bowl the past 53 years, they haven't returned. Not once.

You can chalk it up to managerial incompetence that has somehow continued over half a century. Or, as some fans believe, Namath made a deal with the devil that ensured a win in Super Bowl III at the cost of cursing the Jets franchise for the rest of time.

The Evidence Behind the Namath Curse 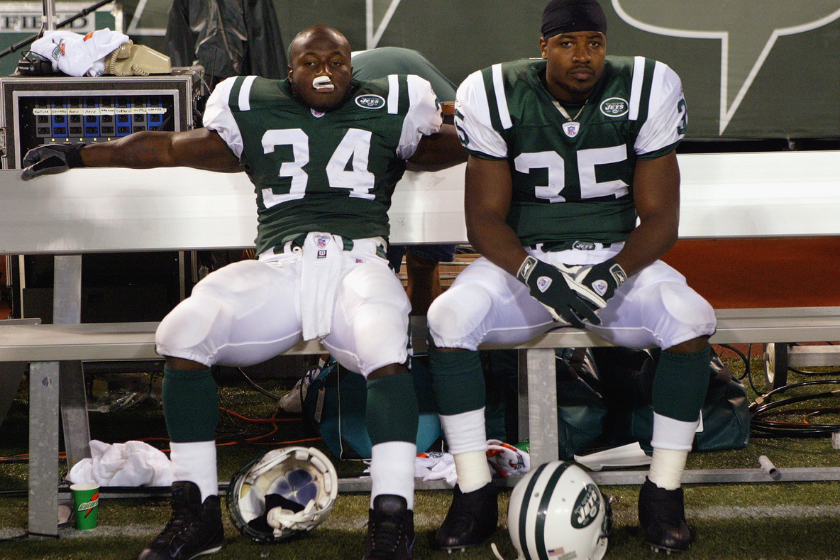 Just how bad have the Jets been since Namath's guarantee? Let's take a look: They're 417-468-2 (.470). They've won fewer than five games 16 times and they've made 13 playoff appearances. It's not all bad, though. They do have more butt fumbles than anyone in the NFL during that stretch.

And those are just the numbers. There are plenty of other dark moments in the Jets' history, such as Bill Belichick resigning on a napkin after one day on the job; longtime superfan Fireman Ed giving up his fandom right after the aforementioned butt fumble; Dan Marino's "Clock Play" and quarterback Geno Smith getting punched in the face by a teammate.

Yeah, the Jets have turned from a tragedy to a comedy. And I feel for Jets fans. I do. I can relate to convincing yourself this year is going to be different, only to question why you torture yourself after the first game day of the year. At some point you have to look past anything logical and pin it on something else to cope. Say, telling yourself your iconic franchise quarterback sold his soul to bring home the only championship in franchise history. That's what Reddit user Steveblenah and multiple Jets fans have done.

Let's do something out of the box and think about a hypothetical situation, though. How hilarious would it have been if Mark Sanchez was the one to lead the franchise out of decades of incompetence? Imagine he wins one of the two AFC Championship Games he played in and goes on to win a Super Bowl. The list of the franchise's greatest quarterbacks would start and end with Namath and Sanchez. Alas, we got an equally hilarious butt fumble, but I love this alternate timeline. Wall Street Mark!

As I'm writing this article, current head coach Robert Saleh has the team trending in the right direction (Don't worry Jets fans, I typed that knocking on wood). The defense is tough, and they have building blocks for the future.

But as Jets fans know, hope is a curse. Just look at the past 53 years.