The Boston Red Sox suffered for 86 long years before the Curse of the Bambino was broken. A World Series victory over the St. Louis Cardinals in 2004 lifted a lifetime weight off Red Sox fans' shoulders. The clouds had broken up over Fenway Park.

Detroit Lions fans know something about curses, too. Detroit's curse has a similar origin to Boston's: A franchise cornerstone is traded away and the organization descends into irrelevancy. The difference between the Lions and the Red Sox is the Lions haven't come anywhere close to breaking theirs.

Some might say Lions fans are the most tortured fan base in all of sports. Think of any way to lose and Detroit has probably done it. It doesn't stop no matter who is under center, in the front office or calling the plays, the Lions will still find a way add to the loss column.

There are thousands of reasons to blame for the Lions' woes, but many of the Detroit fans believe it all started with fateful words from quarterback Bobby Layne.

The Curse of Bobby Layne 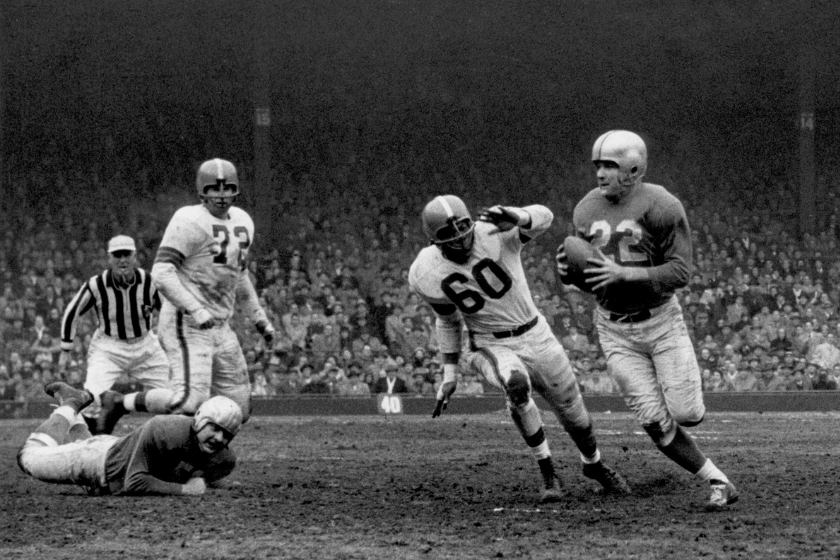 RELATED: The 23 Longest Field Goals in NFL History Are All Moonshots

Believe it or not, there was a time when the Detroit Lions were the NFL's cream of the crop. A good chunk of the team's success can be attributed to Layne.

Layne, a college football legend at Texas, arrived in the Motor City in his third professional season. He hit the ground running, establishing himself as a top QB in the game. As Layne went, so did the Lions. He led the franchise to NFL championships in 1952, 1953 and 1957.

For all his success on the field, Layne loved to have fun off it. He would show up to games drunk and still lead the Lions to a win. He would get in trouble with the law. They all started to add up. Throw in a broken leg against the Cleveland Browns late in the 1957 season and the front office had reason to move on from their franchise QB.

They made their move in October 1958 by trading Layne to the Pittsburgh Steelers for quarterback Earl Morrall and two draft picks. (A reminder that Layne was a guy who won three titles, played in four Pro Bowls and made First Team All-Pro twice in eight years.) The disgruntled Layne responded by saying the Lions wouldn't win for 50 years.

The Lions were sent into oblivion with one quote.

The Lions Since Bobby Layne's Curse 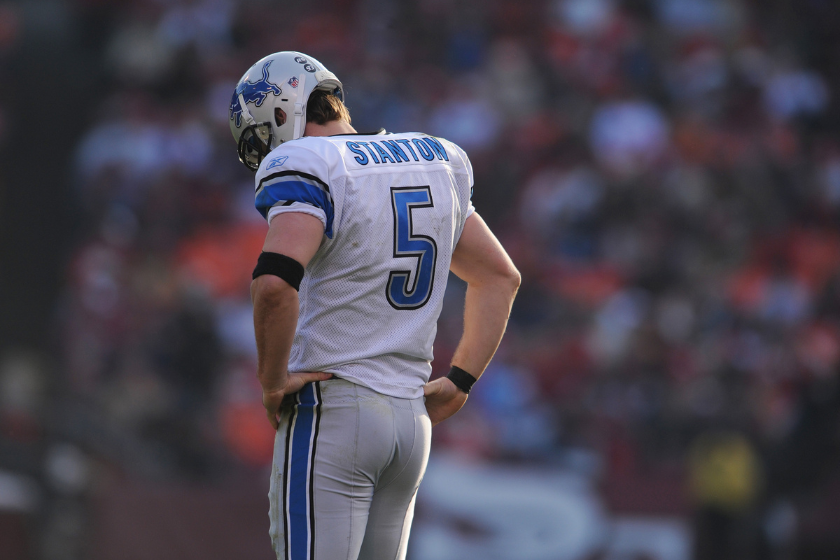 Since then, Detroit has posted an abysmal 0.42 winning percentage.

They haven't won a playoff game since the 1991 season and are one of four franchises in NFL history to have never played in a Super Bowl. It gets more depressing when you realize two of the other four, the Houston Texans and Jacksonville Jaguars, haven't even existed for 30 years.

The Michigan-based NFL team has seen head coaches come and go. They've had more No. 1 overall picks than they know what to do with, like Matthew Stafford. They've had two of the best players ever at their respective positions, Barry Sanders and Calvin Johnson, retire in their primes.

Layne turned out to be wrong when he made his fateful statement all those years ago. The Hall of Fame quarterback said the franchise wouldn't win for 50 years, but we're into the sixth decade and Detroit is nowhere near close to sniffing a Super Bowl.

Dan Campbell is an easy guy to root for, but he hasn't found much winning since he was named the team's head coach in 2021. It would be a joy to see him be the one to lift the Lions out of irrelevancy, but the curse of Bobby Lane doesn't seem to be going anywhere anytime soon.

MORE: How Did The Cowboys Become "America's Team"?