Barry Sanders Ran Away From Football & Left Millions on the Table 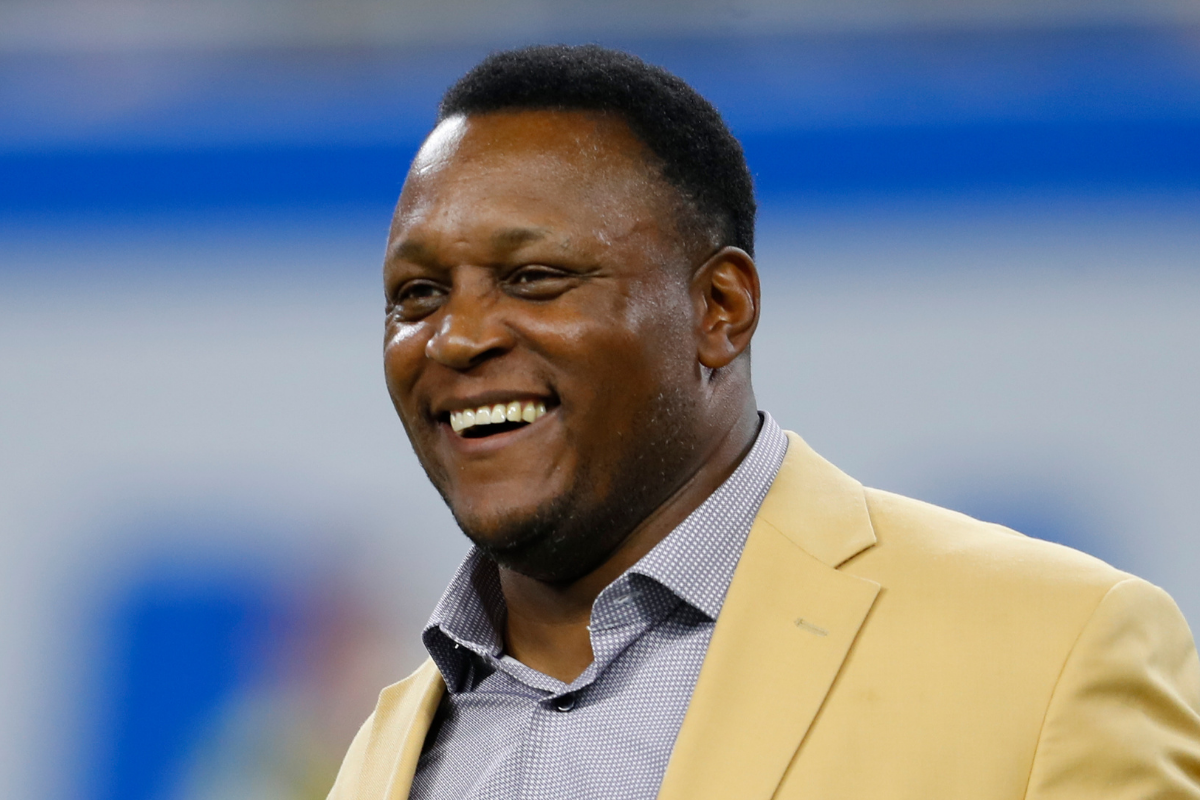 For many years, Barry Sanders was the sole reason for NFL fans to watch the Detroit Lions.

The Pro Football Hall of Fame legend was one of the best running backs to ever step on the gridiron, and arguably the most exciting as well. His speed and ability to stop on a dime made him an elusive runner.

His skills served him well in terms of racking up rushing yards, not to mention cash to boot. So, how much money has Barry Sanders accrued in his life?

Barry Sanders was born on July 16, 1958 in Wichita, Kansas. Strangely, perhaps owing to his relatively-diminutive size for a football player, Sanders didn?t become the full-time starter at Wichita North High School until his senior season.

That was enough to draw the attention of Oklahoma State University, where he played college football for the Cowboys. Once again, Sanders surprisingly was not a star right out of the gate.

For his first two seasons, he served as the backup to Thurman Thomas. To be fair, Thomas did become a Hall of Fame running back himself.

Then, the 1988 season arrived, and Sanders made sure his name would be etched into college football history, not to mention the Heisman Trophy, for the Oklahoma State Cowboys.

With his incredible speed Sanders set an NCAA record by rushing for 2,628 yards and adding 39 touchdowns. Those were just two of the 34 college football records that Barry Sanders set at Oklahoma State University.

Sanders rushed for over 200 yards for five-straight games for the Cowboys. None of this includes the 222 yards and five touchdowns he added in the Holiday Bowl, as college football did not include bowl stats at the time.

With nothing left to prove for the Oklahoma State Cowboys, Barry Sanders declared early for the NFL Draft. He immediately became one of the hottest commodities in professional football.

The Detroit Lions made the decision to take Barry over another Sanders, Deion, with the third-overall pick in the 1989 NFL Draft.

Detroit couldn?t have gone wrong either way (unlike Green Bay who took Tony Mandarich with the second pick), but Barry Sanders became a legend in Detroit with his highlight-reel runs.

Infamously, Sanders would rack up negative yardage on runs more than your average back, because he was always looking for that little bit of daylight that he could grab with his amazing athleticism. He finished his career with a 5.0 yards per carry average — the fifth most of all-time among qualified players.

Nobody can complain about those negative runs, and Detroit Lions fans certainly never do.

Barry Sanders never failed to accumulate 1,000 rushing yards during his professional career, including when he won the NFL Offensive Rookie of the Year award. That rookie campaign would be followed by four scattered seasons where he led the NFL in rushing yards.

In his best season, 1997, Sanders rushed for 2,053 yards, becoming the first back to cross the 2,000-yard threshold since Eric Dickerson in 1984. Sanders shared the NFL MVP with Brett Favre that season, a player who worked out better for the Packers than Mandarich did.

Sanders was also Offensive Player of the Year that season and three times total. He also was named an All-Pro a whopping six times, not to mention making 10 trips to the NFL Pro Bowl.

However, after the 1998 NFL season, while arguably still in his prime and without a Super Bowl, Barry Sanders decided to retire, creating a rift with the Detroit Lions franchise that lasted for many years.

That retirement also left him short of setting the NFL rushing record, which was held by Walter Payton at the time. It also kept him from accumulating more net worth in a career that ended in the Pro Football Hall of Fame.

Former American football player Barry Sanders signed some lucrative contracts in his time with the Detroit Lions, including getting an $11-million signing bonus that broke a record in 1997.

However, his abrupt retirement led to the NFL Most Valuable Player having to pay back $1.8 million to the Lions after a judge?s ruling. There were also issues in his personal life, not limited to a divorce from Lauren Campbell, a TV personality in the Detroit area. They have three sons named Noah, Nicholas, and Nigel. He also has another son Barry J. Sanders.

That being said, thanks to his NFL career and endorsements, including being a Madden cover athlete, Barry Sanders? estimated net worth is currently $20 million, according to Celebrity Net Worth.

Not bad for a running back from Kansas who didn?t even start at Wichita North High School until he was a senior.

More: Barry Sanders Retired in His Prime, But Why Did He Do It?