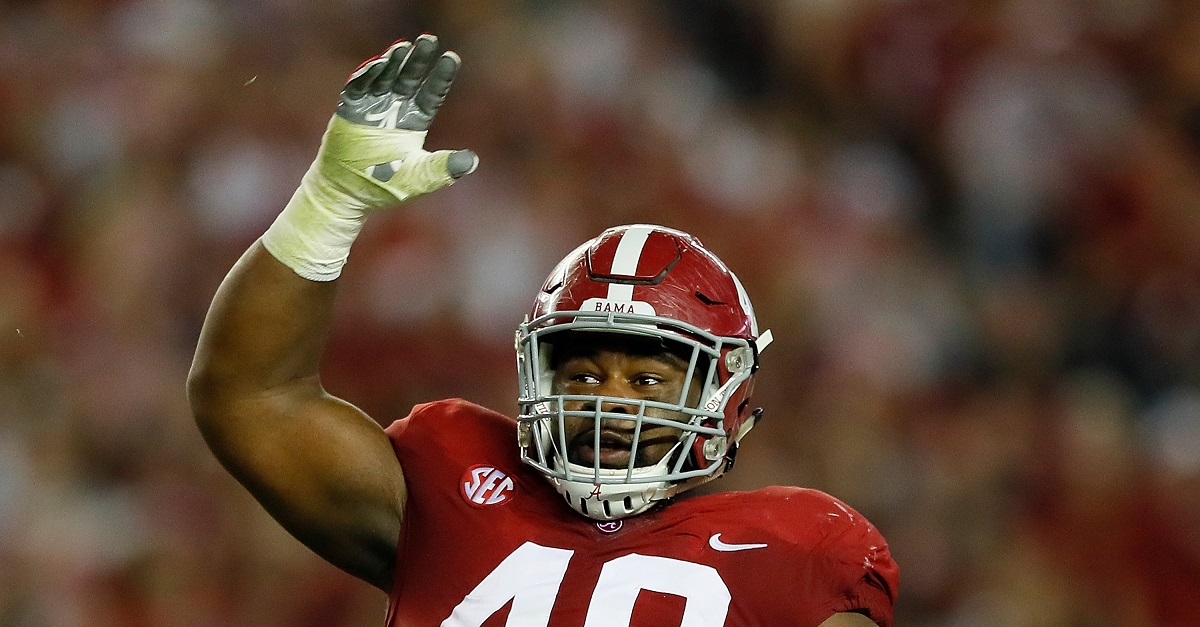 UCF has claimed the national title whether they played in the real title game or not. They even went so far as getting honored during the NFL Pro Bowl on Sunday.

Rain or shine, the Champs are in the 🏡!

This prompted one Alabama player in Damien Harris to get a little troll on, but also got defensive lineman Isaiah Buggs thinking about deciding on who the real champions are for the 2017 season.

Since y'all wanna be champs so bad y'all schedule BAMA then‼️‼️ https://t.co/jqcXVsc20f

Not be outdone or give the Crimson Tide the last word, UCF responded in kind and made it clear what its stance is on a potential matchup.

That’s what we’ve been saying…🤷‍♂️

The UCF Football Twitter account is quite well run and now we will all be waiting with bated breath to see if a series actually gets scheduled in the future. The Knights also got the best of Alabama in their one and only meeting in 2000 that ended in a 40-38 win for UCF. Of course, that was before Nick Saban took over as coach though.