The Case for Alabama: Why Jalen Hurts Should Have Stayed in Tuscaloosa 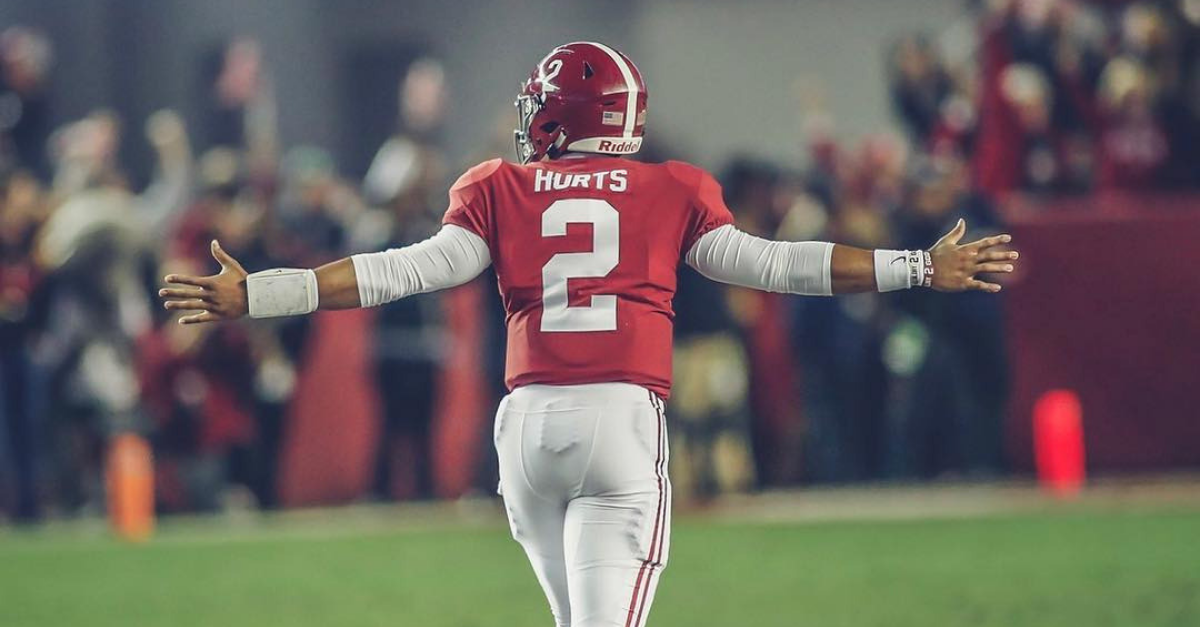 Another day went by, and Alabama quarterback Jalen Hurts had yet to make a decision about where he wanted to transfer. He had spent much of the last week visiting the Miami Hurricanes, Maryland Terrapins and Oklahoma Sooners, but there was still no word if he would transfer to either one.

This led me to one, resounding conclusion: Maybe Jalen Hurts shouldn’t transfer at all?

Then, it happened. Just after noon on Wednesday, the 6-foot-2, 220-pound dual-threat quarterback announced he will spend his graduate transfer season with the Oklahoma Sooners, via the Players’ Tribune.

Although Hurts made up his mind, here is why I think he should have just stayed in Tuscaloosa and finished his final college football career with the Crimson Tide.

The biggest moment of Jalen Hurts’ career came when he replaced an injured Tua Tagovailoa, then won the SEC Championship game against the Georgia Bulldogs. Tagovailoa was hurt for much of this past season, and who is to say it couldn?t happen again? Having Hurts around would have been huge for this team, and it would have proved how valuable the senior really is.

2. Compete with a Contender

Let?s be honest, shall we? Neither Miami nor Maryland were going to contend for the national championship next year. In the back of his mind, Hurts had to know that if he stayed in Tuscaloosa, he’d more than likely contend for another national championship with Nick Saban and the Crimson Tide. Plus, a dominant team needs leadership, and there was no one better suited for that role that Hurts.

Although, it’s not a bad trade to head for Norman and Lincoln Riley’s Sooners.

Tides go through phases. Some high, and some low. But both high and low share one trait…they continue. There is inevitability to the Tide. Each wave carries with it a certainty: It will regroup, it will grow stronger…and it will ALWAYS return.#OutworkYesterday#RollTide pic.twitter.com/e5mEYamh7U

Yes, Alabama is looking for a new offensive coordinator, which sounds like it will be one-time offensive coordinator Steve Sarkisian, who Hurts is very familiar with. So, it?s not like he would have been unfamiliar with Sark?s system, or for that matter, how Nick Saban runs things every single day. Leaving Tuscaloosa means taking a chance at learning a new area, new system and new teammates, which could ultimately hurt his final season.

4. He Applied for Graduate School… At Alabama

Hurts has already graduated and has applied for graduate school in Tuscaloosa. Maybe Hurts’ safety net was actually remaining with the Crimson Tide, and exploring new programs was really just part of the process? At the end of the day, that didn’t matter, and he will now play for Lincoln Riley in Norman.

Alabama fans LOVE Jalen Hurts. Not only because of his play, but also because of his heart, loyalty and perseverance over the past year. His return to Tuscaloosa would have just endeared him even more to the Alabama football fan base.

With Jalen Hurts, Oklahoma will not only get a great player, but also a man of great character as well. It would have been ideal for every Alabama fan to have No. 2 back, but he is officially a Sooner instead.