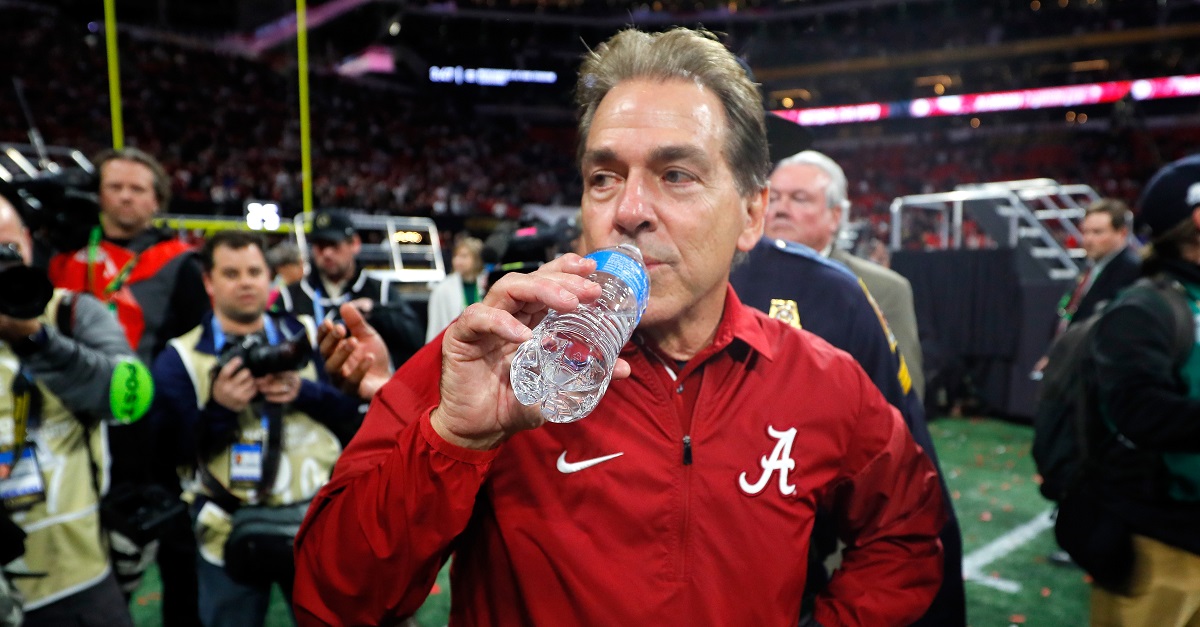 Alabama and Nick Saban decided to promote Mike Locksley to the position of offensive coordinator last week and Paul Finebaum actually kind of saw it coming. Now, the SEC Network analyst believes he knows why Saban pulled the trigger on Locksley rather than potentially hire Hugh Freeze like it was reported he might.

During his weekly Monday morning appearance on WJOX 94.5 FM program The Opening Drive, Finebaum said that the move was made almost purely for recruiting purposes.

“I think Nick Saban made a pragmatic decision. He didn’t listen to the critics and listen to the noise and go out there and hire someone from a certain category,” Finebaum said on the air. “He knew that promoting Mike Locksley was the best thing to do right now — especially from a recruiting standpoint.

“I think everything at Alabama revolves around recruiting, and Saban’s not overly concerned that the right play call will be made next football season. We just saw it last season with Daboll, if you have the right people, you can make the right calls. (Saban) may have been a little concerned about recruiting, which sounds unbelievable but Alabama may have slipped a fraction. I think he felt Locksley as the coordinator was key to that. ”

It shouldn’t come as a surprise that Saban would recruiting considering that’s how he has been able to build his dynasty and keep the good times rolling. The coach also can’t feel too good about Georgia taking over the top spot where the Crimson Tide have been sitting for almost an entire decade.

Saban’s decision probably had to be a little expedited as well since the National Signing Day in February is quickly approaching and he doesn’t want to lose out on any recruits that are holding over from the early signing period.