What is Gene Chizik Actually Doing These Days? 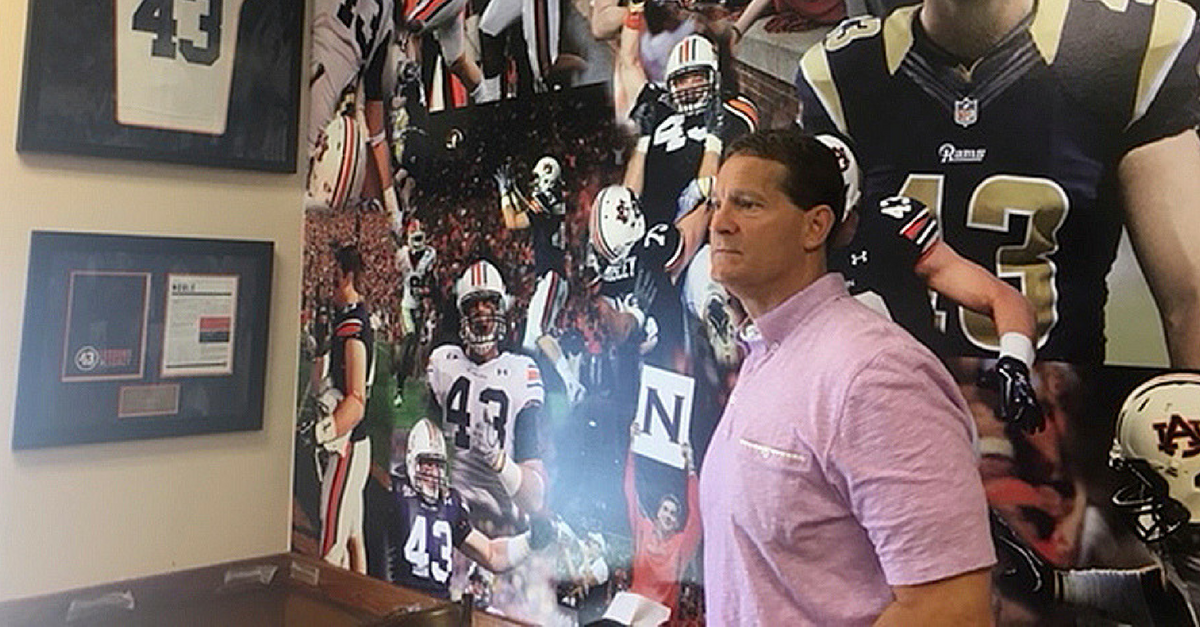 Instead, the coach who led Auburn to a national championship season eight years ago and a buddy would head to Auburn High School at 6:30 a.m. to line the entry ways with school flags. He and wife Jonna would help set up for team dinners on the eve of games.

For son Cally’s baseball games, Chizik would man the grill himself.

It’s been altogether eye-opening for a guy who was far too busy working to know what “normal” parents did behind the scenes, much less lend a hand.

“I had no idea what parents do,” Chizik recently said in his memorabilia-packed home office. “I had no idea, and it’s embarrassing for me to say it but I was completely ignorant of all the things parents do to make things happen for their kids and their football and baseball teams.”

In February 2017, Chizik walked away from coaching after two seasons as North Carolina’s defensive coordinator . It was time, he said, not to just preach family first but “to walk the walk.”

Chizik said he managed to see only two of Cally’s football games and a pair of baseball games in two years at North Carolina, while his family remaining in Auburn.

Since returning, Chizik figures he has watched more than 50 of his son’s baseball games and 13 football games. He missed most of the volleyball games his daughters Landry and Kennedy played. Both are now Auburn students.

“Being away from home for two years was really, really difficult for everybody,” he said.

Chizik still stays busy, even if the 16-hour coaching days are over at least temporarily. He travels to speaking engagements and works as a college football analyst on the SEC Network. He has also developed a following on Twitter with his musings on life, dubbing them #WordsofChizdom.

But for now, everything revolves around Cally’s upcoming senior season.

Chizik said he has received overtures about defensive coordinator jobs and some head coaching positions and doesn’t rule out a return to the sidelines ? though not before next season.

A recent day with the 56-year-old gym rat included a visit to a building he owns across from the Auburn campus where workers are getting one side ready for a new sandwich shop. Strolling purposefully ? as always ? in that direction, he stops to chat with two young men who call out “War Eagle” from the back of a moving truck.

Then it was off for a visit to one of his three Louie’s catfish and wings restaurants where he advises an employee taking a semester off that college is not something you can do “half-hearted.” One side is wall to wall pictures from Auburn’s 2010 season that marked the program’s first national championship since 1957. An opposite corner is dedicated to Philip Lutzenkirchen, a popular Auburn tight end who died in a 2014 car crash.

Later, he headed to the gym for a workout before watching Cally’s football practice.

Still, there are signs Chizik is trying to stay prepared in case he returns to coaching after this fall. He spent two days with the Tampa Bay Buccaneers studying defensive back play and visited the Chicago Bears with a focus on defensive line play and third-down pressures.

Chizik helped rebuild an Auburn program that hadn’t exactly been packed with NFL talent before a peak-and-valley four seasons, going 33-19.

?The peak. Quarterback Cam Newton, a junior college transfer and top overall draft pick, won the Heisman Trophy and led the Tigers to a 14-0 record and national title. The defense was powered by dominant defensive tackle Nick Fairley with scant star power beyond those two.

?The valley. Two years later, Auburn got off to a shaky start after staff changes (including Malzahn) and quarterback issues and then bottomed out. The Tigers lost to top rivals Georgia and Alabama by a combined 87-0 to finish winless in SEC games for the first time since 1980. Fired a day after the Iron Bowl, Chizik still adamantly believes he could have turned things around.

“Look, perfect storms happen,” Chizik said. “I felt like I could absolutely have gotten it flipped in one year. Nobody knew how to fix it better than me, I can tell you that.”

Now, Chizik said he reaches out to fired coaches to help them through the experience.

He also savors the fall Sundays of watching football with his son on the deck overlooking the 10th hole of a golf course. (He doesn’t golf but enjoys “watching people attempt it”).

In a few months, Chizik might deem it time to get back into coaching. But with his investments and the $7.5 million buyout from Auburn, he doesn’t really have to.

“I would never say never, but I will say that it’s got to be a perfect fit for me,” Chizik said. “I’m in a place in my life where I can take exactly what I want.

“I don’t have to concede anything to any job. I don’t have to so I won’t. Do I have 10 years coaching left in my if I want? Probably more if I wanted it. But I enjoy this life.”