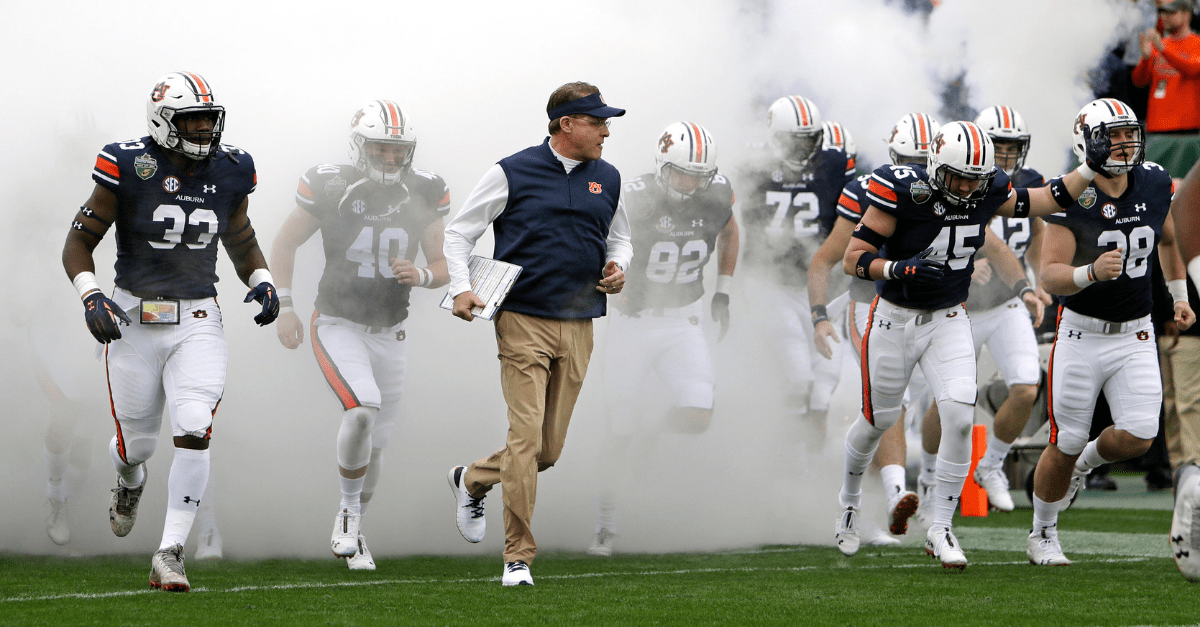 Former Alabama quarterback Jalen Hurts made the decision to transfer and play his final season for coach Lincoln Riley and the Oklahoma Sooners, but there was a midnight caller that tried to give him one last pitch at the final hour.

Auburn tried to make a late push for Jalen Hurts, per sources. Gus Malzahn was in contact as recently as this week. https://t.co/U4xB5cxu4x

Many thought that the Channelview, Texas native would consider Auburn as a possible landing spot for his final season of college football. When it came down to making his choice to leave Tuscaloosa though, Auburn never felt like they were really in the running for him at all.

Maybe this last minute push by Malzahn was more for show than anything else. A lot of Auburn fans were hoping that they would push harder for Hurts given they just lost quarterback Jarrett Stidham, but most knew that because of his close ties to Tua Tagovailoa, Nick Saban, and Alabama, they didn?t have a chance.

Why would Jalen Hurts transfer to a place that just landed Alabama?s Mr. Football, four-star quarterback Bo Nix? Also, Gus Malzahn has yet to prove that he can develop any of his high school quarterback recruits into to elite SEC quarterbacks, so Hurts wouldn’t have much to gain by joining the Tigers.

If you look around the SEC at teams like Alabama, Georgia and Missouri have developed decent quarterbacks over the years, but outside of Cam Newton’s God-given natural ability, Auburn has not.

Their history under the last few years under Gus Malzahn is to get a quarterback transfer and let him shine, just like Jarrett Stidham did after moving from Baylor to McLennan Community College and then transferring to Auburn. That may be why both Kelly Bryant and Jalen Hurts turned down Auburn because the progress they made at both Clemson and Alabama would be hurt had they gone to Auburn, not to mention their potential NFL Draft status.

Auburn, however, may be in the running for yet another transfer.

Since Jalen Hurts is heading for Oklahoma as a graduate transfer, that means OU quarterback Austin Kendall appears to be out of the picture with the Sooners. Kendall wants out of Norman, but he wants to transfer to West Virginia, which Oklahoma has blocked from happening so he cannot have immediate eligibility in the Big 12 Conference.

So, Auburn may have a chance to land Kendall just like they did with Hurts and Kelly. The question is, could Kendall take the leap to join Auburn and compete in the high-profile SEC?