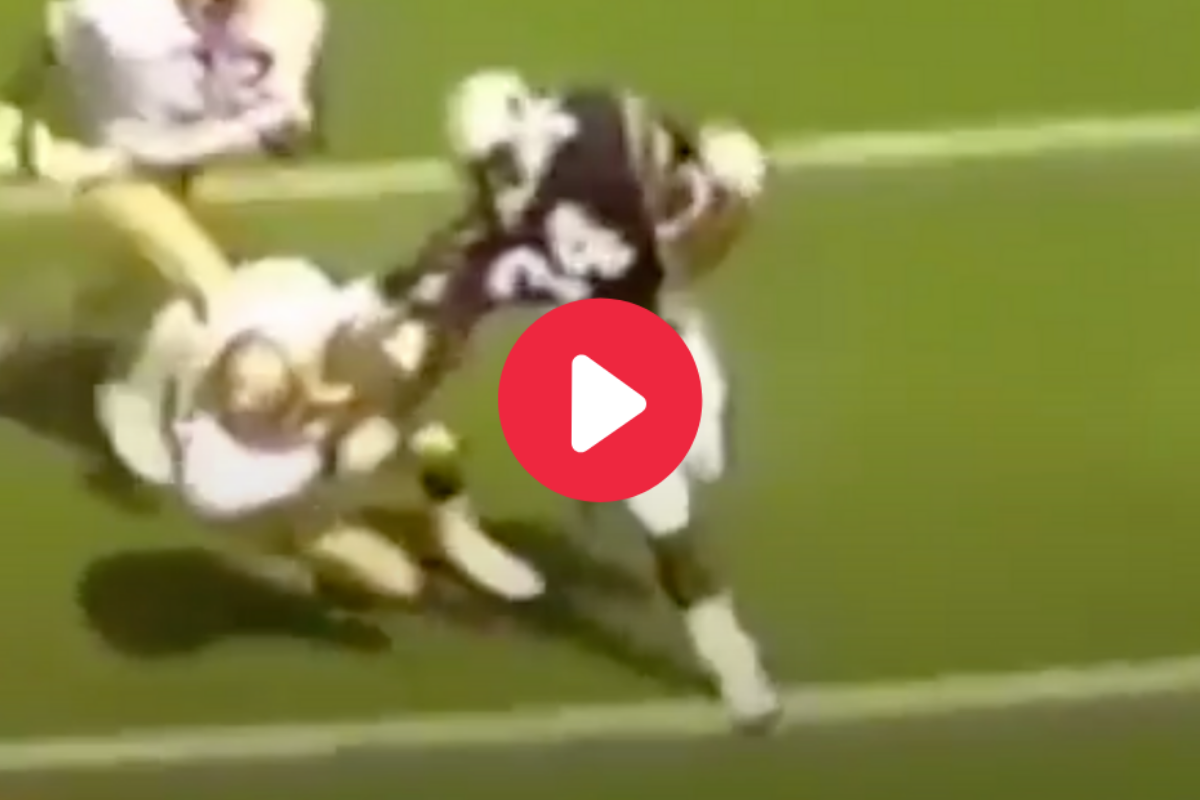 Bo Jackson and Deion Sanders are widely considered as two of the greatest athletes of all time, perhaps even the best ever. A pair of Hall of Fame resumes only strengthen the argument. The two dominated college football, exploded in the NFL and even shined during the Major League Baseball season because they could.

No matter where Jackson and “Prime Time” took their talents, they were electric. And in 1985, the two collided for the first time to create one of the most underrated highlights of their generation.

At the time, Jackson was a proven superstar for the Auburn Tigers and Sanders was an 18-year-old freshman for the Florida State Seminoles. Of course, the young defensive back knew about Jackson, but he got to feel it for himself in the form of a nasty stiff-arm.

The mid-October game at Jordan-Hare Stadium in Alabama had plenty of hype. Pat Dye’s Tigers were still steaming from a loss at Tennessee two weeks earlier, knocking them from their No. 1 ranking, while Bobby Bowden’s Seminoles were undefeated and ranked No. 4 in the country. The result, however, wasn’t even close.

Auburn destroyed FSU, 59-27, and displayed their dominance up and down the field. No play sums that up like a Bo Jackson touchdown run involving Deion Sanders.

From the 35-yard line, Jackson took the sweep left, found a hole and burst through it like a cannon. Sanders was on the opposite side of the field and tried to make a play on the bruising running back. That’s when Jackson used a stiff-arm to push Sanders down like it was nothing and power his way into the end zone.

Jackson was easily the best athlete on the field that day and won the Heisman Trophy later that season. It’s a moment Sanders will never forget.

“Bo goes behind the huddle at Auburn and throws his hands up as if he’s signifying the crowd to get it up. They start cheering and applauding. I was playing left corner. Bo got a sweep to his left, away from me, and hit it. I mean, hit it. He was gone. I came out of nowhere because I could fly. Came and got him. Ran up on him like it was no other. With his right arm, he extended it and placed it on my helmet as if he’s praying for me. Palming my helmet and stiffed me down and kept going into the end zone like I wasn’t even there. That was my Bo Jackson moment.”

The rest is history. Jackson was selected No. 1 overall in the 1986 NFL Draft by the Tampa Bay Buccaneers, but played his entire career with the Los Angeles Raiders. He also hit home runs for the Kansas City Royals, Chicago White Sox and California Angels in the MLB.

Sanders finished his career in Tallahassee before playing in the NFL for the Atlanta Falcons, San Francisco 49ers, Dallas Cowboys, Washington Redskins and Baltimore Ravens. In the MLB, he played for the New York Yankees, Atlanta Braves, Cincinnati Reds and San Francisco Giants. He moved on to a TV role as an NFL analyst.

Time and time again, from high school to their NCAA and NFL careers to baseball, both College Football Hall of Famers displayed their elite athleticism. And if you ever get into a debate as to who was the better athlete, be sure to Google this play for reference.

This article was originally published May 5, 2020.