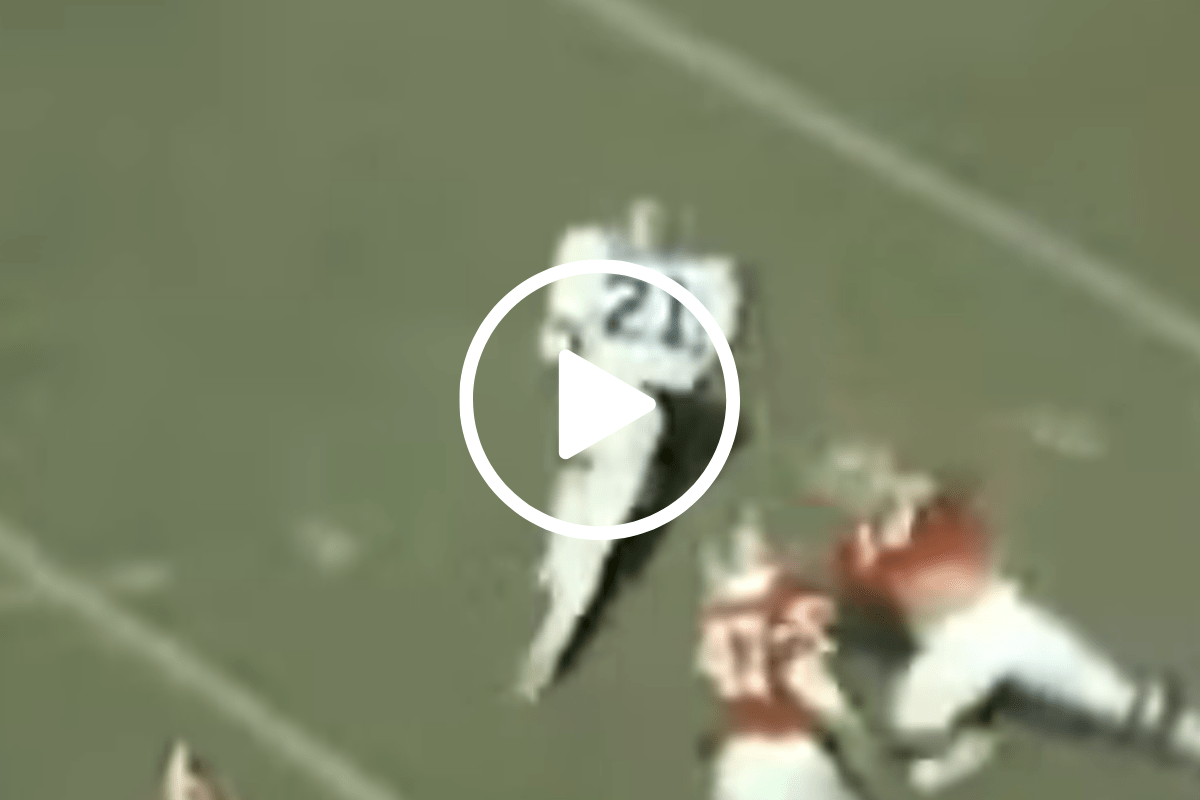 Beating Georgia is a gift in itself to Auburn fans.

Beating Georgia to deny the Bulldogs a conference championship and a berth in a huge bowl game? That’s priceless.

The Auburn Tigers did just that in 1979 thanks to a huge run from tailback James Brooks.

Led by star running backs James Brooks and Joe Cribbs, the Tigers had several weapons on the ground.

Georgia went into the locker room at halftime boasting a 10-9 lead. It didn’t last long into the third quarter.

Auburn exploded for 24 points in the second half. Brooks was responsible for 12 of them. He scored one 44-yard touchdown run and another for 67 yards that dismantled the UGA defense.

The latter was a spectacular display of speed. Quarterback Charlie Trotman took the snap, faked it to the fullback and ran the option to his right.

A Bulldog defender pounced and Trotman pitched the ball to Brooks. The Warner Robins, Georgia native turned the corner like he was shot out of a cannon.

He crossed the field to completely elude any red jerseys on the way to the end zone. Touchdown Tigers.

Auburn went on to win handily by a score of 33-13. Brooks recorded 200 rushing yards and two rushing touchdowns on the day.

Meanwhile, the Bulldogs, who started the year 0-3 but bounced back to go 5-0 in SEC play, were denied the SEC championship and a berth in the Sugar Bowl. That honor went to the Alabama Crimson Tide.

Brooks and Cribbs formed one of college football’s most talented backfields. Brooks finished the year with 1,208 yards and 12 total touchdowns while Cribbs rushed for 1,120 yards and 15 total scores. Two 1,000-yard rushers on the same team isn’t such a bad thing after all.

Auburn wasn’t able to capture the conference title, but denying one of your rivals is a nice consolation.

MORE: What Happened to Joe Cribbs and Where is He Now?