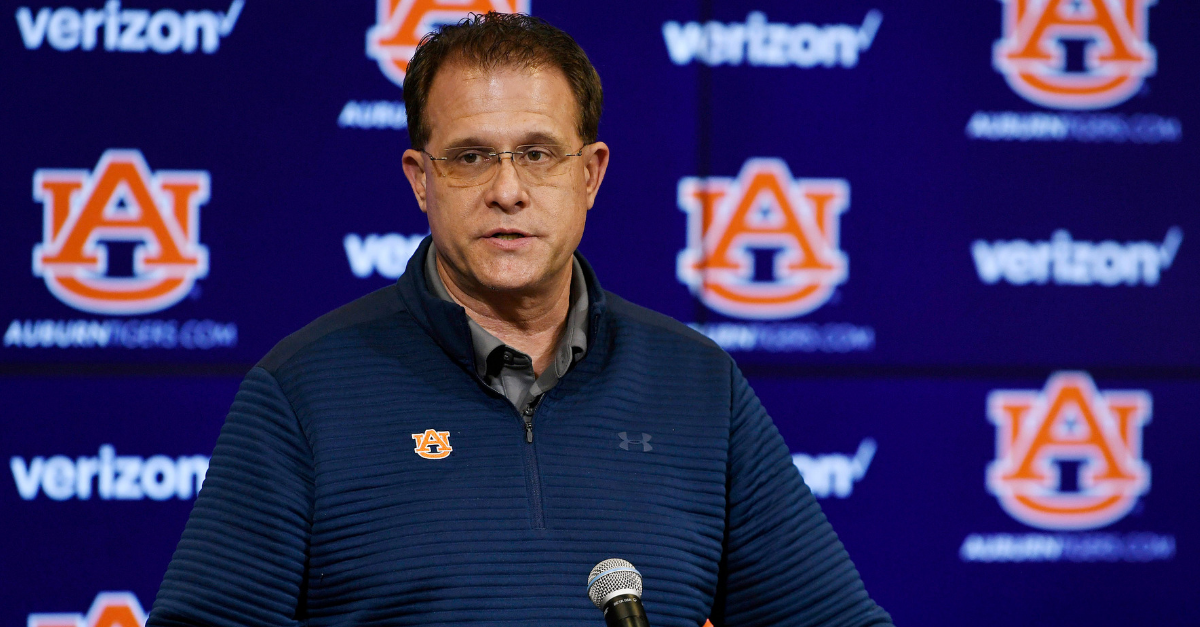 When the Auburn Tigers and Oregon Ducks travel to AT&T Stadium to kick off the 2019 season, the entire college football nation will be watching. Both teams certainly have the talent and potential to be good this year, but all eyes will be on each team?s quarterbacks.

For the Ducks, it?s obvious. Quarterback Justin Herbert is a Heisman Trophy candidate and projected to be a top pick in the 2020 NFL Draft. For Auburn, well, that?s a different story, but there is some clarification as to who will be the starter in the opening week.

At one of the Auburn AMBUSH Tour stops in Dothan, Alabama, Tigers head coach Gus Malzahn confirmed the quarterback race has been trimmed down to redshirt freshman Joey Gatewood and true freshman Bo Nix, according to AL.com.

Gus Malzahn announces who's the Auburn quarterbacks are. pic.twitter.com/ACGC0LZxmT

RELATED: Auburn Over Florida? Former No. 1 Prospect Admits He Made the Wrong Choice

Auburn, which is coming off a crushing Music City Bowl victory over Purdue, started the spring with four candidates to replace last year?s starter Jarrett Stidham, who is now with the New England Patriots. Malik Willis, a junior, and redshirt freshman Cord Sandberg were the other two in the competition, but it?s clear Gatewood and Nix lead the pack right now.

?Joey Gatewood, Bo Nix are really 1,1A. One of those two guys will be our starting quarterback for our first game. They?re compete during the summer and during fall camp and we?ll make a decision.?

So there you have it. It?s Gatewood versus Nix to start the season for the SEC team on The Plains.

There?s no doubt the Auburn quarterback battle will continue for the next few months, but it appears Malzahn and offensive coordinator Kenny Dillingham have seen enough to narrow it down after spring practice and before summer workouts begin.