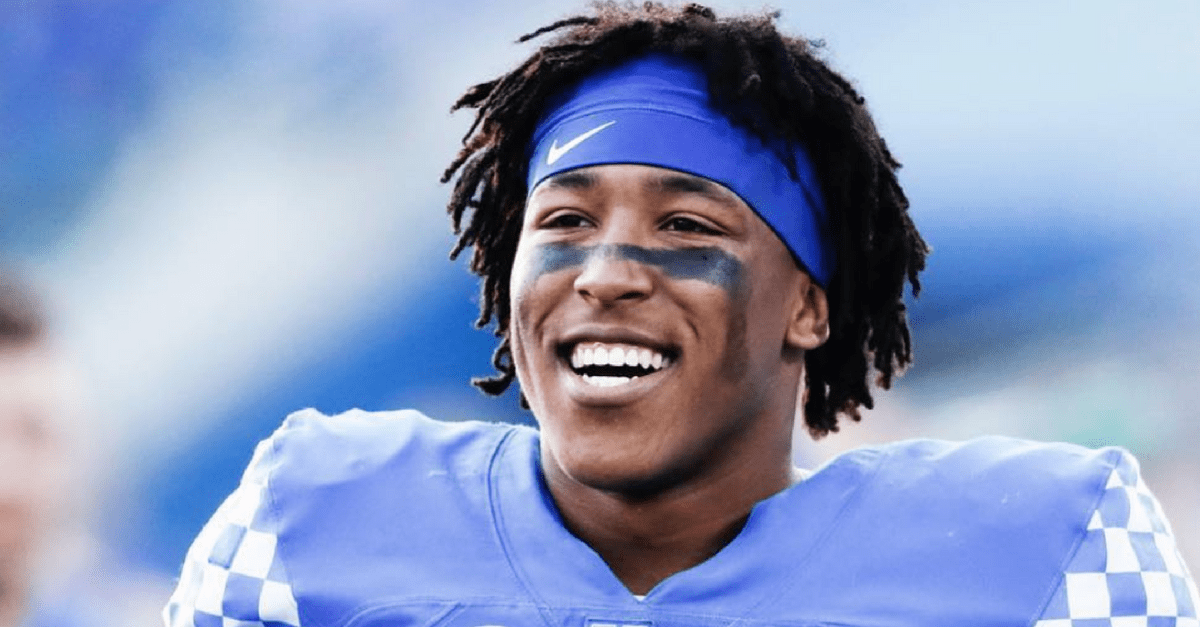 Alabama?s Damien Harris will get a lot of headlines with the defending national champions, and Georgia?s D?Andre Swift could have a coming out party in 2018. But don?t you dare sleep on Kentucky?s Benny Snell when talking about the best running backs in the SEC.

Speaking at SEC Media Days at the College Football Hall of Fame in Atlanta on Monday, the 5-foot-11, 225-pound junior was chock-full of confidence when asked about his status in arguably the best league in college football.

?I do think I’m the best this year,? Snell told reporters. ?I have a very close relationship with my running back coach on and off the field. Passing and catching the ball in the backfield is something that I will be picking up on as well as correcting my pass blocking. I think this will make my aspects other than running the ball much better.?

But why should people believe him?

?For me, my running game is very strong. I always try to make myself as good as I can off the field, whether its film, practice, or more reps. What separates myself from other running backs is that I am very durable. I can get 200+ carries and still be okay for the rest of season without any injury,? Snell said.  ?In the beginning of the season, I broke my rib during a game. I came in at halftime and ended up going back in, scored and finished the game as well as the rest of the season.

?Whether it?s nagging injury, I’m in the training room and I’m going to get it fixed. Whether it?s something to do with pain tolerance, I’m going to play through it. I?m playing through everything.?

For a player who models his game after the likes of NFL stars Ezekiel Elliot and Adrian Peterson, he definitely has a point.

Snell has been electric in Lexington so far, compiling nearly 2,500 rushing yards with 32 touchdowns in two seasons, and showed off his durability for the Wildcats in 2017 by carrying the ball 262 times for 1,333 yards and 19 touchdowns.

So for anyone who thinks Snell, a Columbus, Ohio native, isn?t the best, there is no doubt he will be the first to tell you and do all he can to back it up with the Kentucky Wildcats during his junior season.