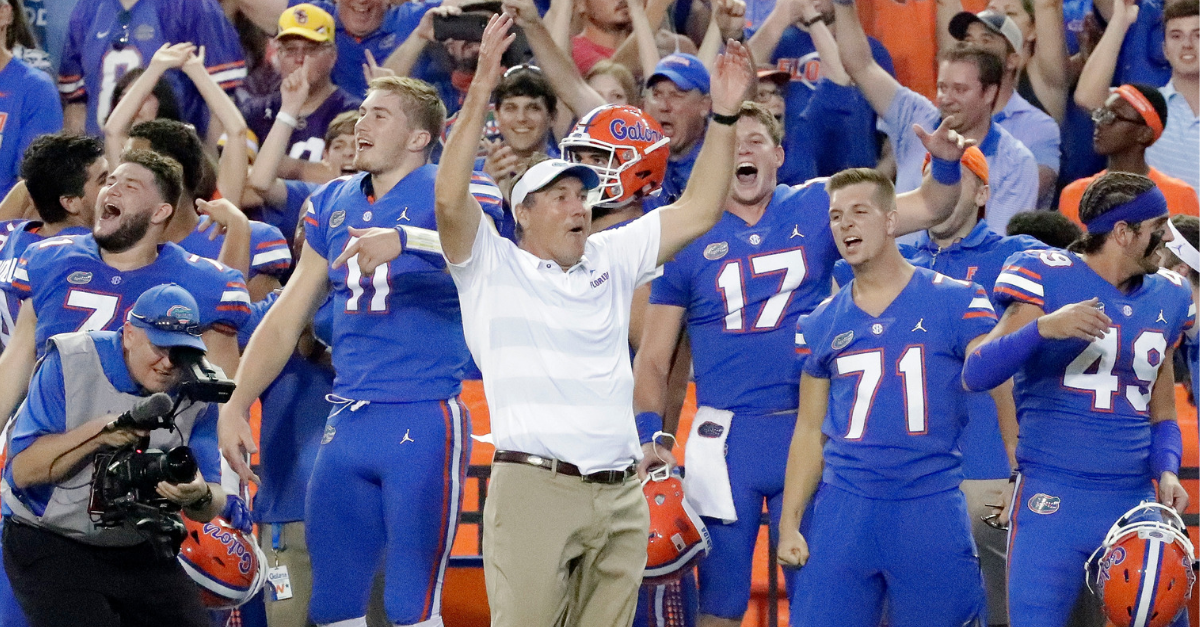 Florida?s appearance in the 2018 Peach Bowl following a down 2017 season left Gator fans and the Southeastern Conference surprised to say the least. With no real major player changes, much of UF?s success and quick turnaround can be attributed to first-year head coach and offense-minded Dan Mullen.

Mullen will be compensated for his team?s success, too, regardless of how the Gators fare against the Michigan Wolverines on Dec. 29. While some coaches receive bonuses for winning their bowl games ? Arizona State?s Herm Edwards, West Virginia?s Dana Holgorsen and NC State?s Dave Doeren to name a few ? many simply require reaching a bowl game to trigger a bonus, as is the case for Mullen.

The former Mississippi State coach earned $200,000 for Florida?s berth in a New Year?s Six bowl game and can earn another $100,000 if Florida finishes in the Associated Press Top 10.

Mullen, who is earning $6.1 million per year as part of his six-year contract, is already one of the top-paid coaches in college football behind guys like Nick Saban, Dabo Swinney and Jimbo Fisher.

Related: As They Cross Paths, Let?s Hope Dan Mullen is No Jim Harbaugh

Mullen?s other annual bonus opportunities are as follows:

Those numbers are similar to other coach?s bonuses. For example, Jim Harbaugh will receive a hefty $200,000 check for his team?s Peach Bowl appearance. LSU is paying Ed Orgeron a $150,000 bonus for its New Year?s Six bowl game berth, while Georgia will pay Kirby Smart $175,000 for landing a spot in the Sugar Bowl.

Mullen?s salary leaves quite the dent in the University Athletic Association?s wallet in comparison to the $4.5 million Jim McElwain took home in 2017. Florida still owes McElwain $2.5 million of his $7.5 million buyout and, believe it or not, still owes Will Muschamp his final buyout installment of $787,500.