This 5-Star DE is Florida’s Next, Dominant Defensive Lineman 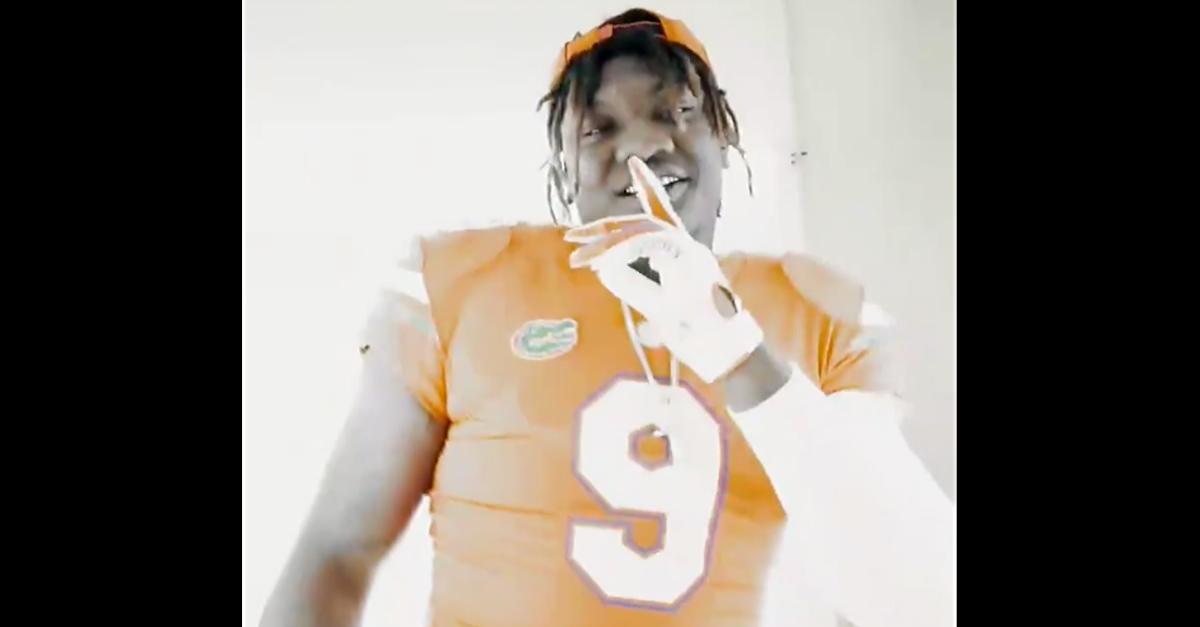 The Florida Gators have made vast strides under head coach Dan Mullen, who is about to embark on his third season in Gainesville. Back-to-back double digit win seasons and victories in Peach Bowl and Orange Bowl have Gators fans thinking College Football Playoff in 2020. Plus, Florida finally has a capable quarterback in Kyle Trask, who showed he can hang with the powerhouse SEC teams like LSU, Georgia and Auburn.

The only knock on Mullen as a coach thus far has been his ability to recruit elite players out of high school. The former Mississippi State coach had landed zero five-star recruits since taking over UF’s program in 2017.

Dexter, a 6-foot-7, 286-pound beast out of Lake Wales High School in Lake Wales, Florida, has the talent to become Florida’s next great defensive lineman. Dante Fowler Jr., Sharrif Floyd, Carlos Dunlap, Jermaine Cunningham, Derrick Harvey, Jarvis Moss and Ray McDonald are just a few of the great ones to play in NFL after starring in The Swamp, and Dexter could be next to receive his own brick outside Ben Hill Griffin Stadium.

After transitioning from basketball to football in high school, he blew up on the gridiron. According to 247Sports, Dexter dominated offensive linemen during his senior year of high school. He tallied 125 tackles, 35 tackles for loss and 18 sacks. He combines ridiculous size with great athleticism, as mentioned in the website’s evaluation of Dexter:

“Flashy pass rusher from the interior or the edge despite great size. Twitchy off the ball with strong combination of power and quickness,” it reads.

Dexter signed in December 2019 during the Early Signing Period and is the highest-rated signee in Florida’s 2020 class that currently ranks No. 7 in the country and No. 5 in the SEC.

Since committing to Florida more than a year ago, the Under Armour All-American has kept his allegiance to the Gators. He had 30 offers from major FBS programs like Alabama, Clemson, Georgia, Miami and Tennessee, but ultimately chose the nearby school of his dreams.

“I am just big on loyalty, and I am right here in Florida,” he told 247Sports. “There wasn’t a need to go out to Alabama or go to Georgia when I can get the same thing at Florida.”

Dexter hasn’t ever worried about stars, stats or rankings. Instead, his mind is focused one one thing and one thing only as he prepares to don the orange and blue.

“I want to win a National Championship next year.”