Good News, Florida Fans: Kyle Trask Will Be Back in 2020 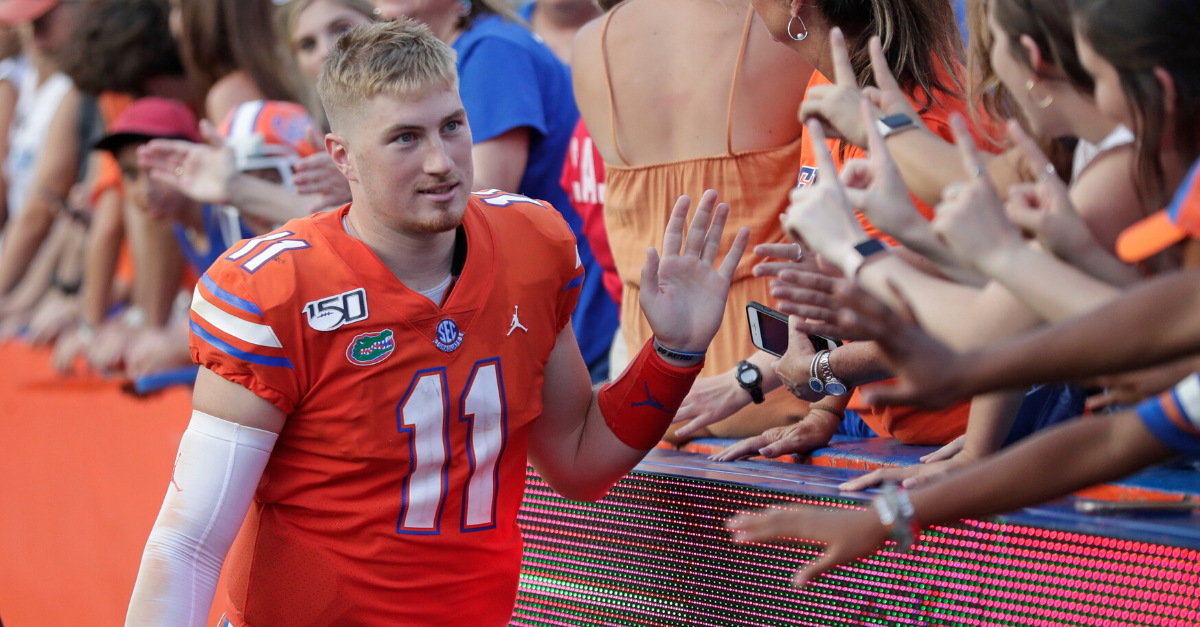 When Feleipe Franks went down with a season-ending ankle injury in the third game, Florida Gators fans didn?t really know what to expect. How was head coach Dan Mullen going to replace a returning starter at such a key position? Then, redshirt junior quarterback Kyle Trask answered the call.

Since taking over the starting quarterback role, Trask has put on a show. The Manvel, Texas native has thrown for nearly 2,300 yards with 21 touchdowns and just six interceptions, added another rushing score versus Towson, and even caught a pass against Auburn. He?s been impressive, to say the least, and a big reason why the Gators are still ranked inside the Top-10 ahead of rivalry week.

With success in NCAA college football comes pressure to possibly test the NFL Draft waters. Have no fear, Gator fans. Trask is planning on returning to Gainesville for the 2020 season.

“I still have a whole other year here,? Trask told the media. ?So I don’t plan on leaving.?

Kyle Trask: "I still have a whole other year here. So I don't plan on leaving." He was asked about Mullen meeting with juniors re draft, what he was personally weighing.

This is obviously good news for Florida. With Franks’ status still up the air, having Trask return for what will be his redshirt senior season is huge. The Gators still have redshirt freshman quarterback Emory Jones on the roster to add more depth, too.

Florida quarterback Kyle Trask guided the Gators to wins over Tennessee, Towson, Auburn, South Carolina, Vanderbilt and Missouri this season. Even in SEC losses to Georgia in Jacksonville and at LSU, Trask still had strong performances. He even had a then-career high 310 yards against the Tigers in Baton Rouge.

Coming out of high school, not many people expected Trask to be throwing touchdown passes in important matchups. Yet, here we are, with one game left in the regular season against Florida State, and he?s still performing at a high level.

Trask isn?t going to be a Heisman Trophy finalist and the Gators aren?t going to the College Football Playoff this season, but there?s no doubt they wouldn?t be winning football games without him.

The fact he plans on returning next year is definitely a good thing.