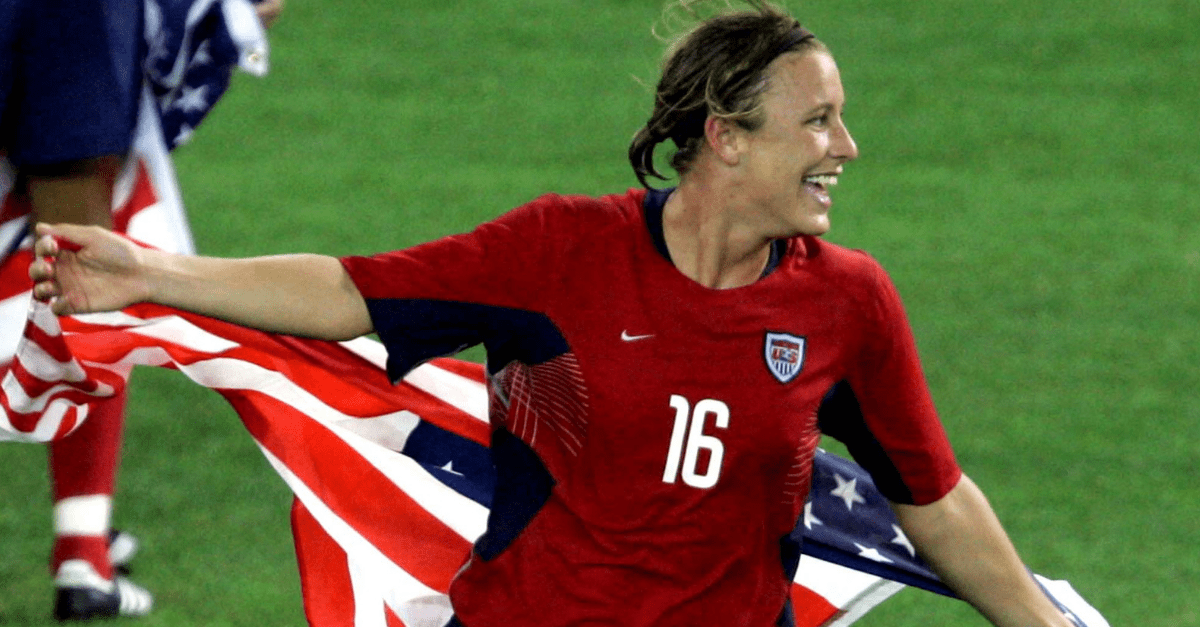 When you think of the Florida Gators, you probably think college football or men’s basketball. Tim Tebow, Steve Spurrier or Florida’s back-to-back basketball national titles likely come to mind. But it’s Florida’s women athletes that have made UF greatest all-around sports school in the country.

From international soccer icon Abby Wambach to the age-defying Olympic swimming great Dara Torres, Florida has had no shortage of incredible female athletes across every sport. Ranking the 10 greatest of all time was difficult — I felt like I was leaving out a number of the school’s most dominant women student-athletes — but I settled on these 10.

Women’s track and field doesn’t always get the love it deserves, but Jefferson is definitely worthy of a spot on here.

A five-year Gator from 2013-17, Jefferson set the NCAA record for the 200-meter dash at the 2017 NCAA Championships at 22.02. She also won four national championships during her illustrious UF career.

A Bowerman semifinalist in 2017, Jefferson signed professionally with Nike the same year.

Cruz may just be the George Washington on the Mount Rushmore of Florida volleyball players. She led UF to its first-ever NCAA championship match in 2003 (the Gators lost to USC).

Barnhill absoltuely dominated in the circle for UF softball on game days over her career. The pitching phenom finished her four-year career a ridiculous 104-22 in Gainesville.

Despite being third in career innings, she’s first in UF history with 1,208 strikeouts ahead of Stacey Nelson, who pitched nearly twice as many innings as Barnhill did. Barnhill also boasts a ridiculously low career ERA (1.17) and maintained the highest strikeout-per-seven-inning ratio in program history. Barnhill became the only player in Florida history to be named a three-time NFCA All-American and parlayed that into a No. 1 overall pick in the 2019 NPF Draft.

Today we honor one of the Gator greats, DeLisha Milton-Jones. #BlackHistoryMonth pic.twitter.com/UbBshyvAI1

Only one UF women’s basketball player has ever recorded a triple-double: DeLisha Milton.

Milton scored the fourth-most points in school history (1,858) and ranks first in steals (281). To this day, she’s the only UF player to receive the Wade Trophy Award given to the top women’s collegiate basketball player.

Milton carried her collegiate success professionally and internationally. She’s a two-time Olympic gold medalist and scored more than 5,500 points in 499 games in the WNBA during her 16-year career from 1999-2015.

Torres become an American household name in 2008 when she became the first and only swimmer to represent the United States in five different olympic games. At age 41, she earned three silver medals in the 2008 Olympics, adding to her nine other Olympic medals, including four gold medals.

At UF, Torres was a freak in the water. She earned a maximum of 28 All-America swimming honors in her four years at UF and was inducted into UF Athletic Hall of Fame as a “Gator Great” in 1999.

Whether Gator fans consider that stat legit is beside the point. She was dominant in the circle and at the plate. Haeger holds the UF career leader in home runs (71) and RBIs (260), and was Florida’s ace during its 2015 national championship. She was also named the 2015 USA Softball National Collegiate Player of the Year.

A phenom at @GatorsSwimDv, Tracy Caulkins dominated all four strokes during her college swimming career and left the NCAA record book in her wake: https://t.co/GZtYrT8LTg pic.twitter.com/aUEKPNQj3U

Randy Reese, UF’s swimming and diving head coach at the time, once said Caulkins was “the greatest swimmer that has ever been so far, men or women.”

A three-time Olympic gold medalist in 1984, Caulkins probably would have won more had the U.S. not boycotted the 1980 summer Olympics in Moscow. Known for her versatility in the events she swam, Caulkins had set five world records and an unheard of 63 American records by the time she retired from competitive swimming in 1984.

As a freshman, Caulkins helped Gators women’s swimming win the team national championship in 1982 and was named SEC Female Athlete of the Year in 1984.

The star of Florida Gymnastics’ three-straight national championships from 2013-15, Sloan was the heart and soul of the team. She’s a six-time NCAA even champion, 31-time All-American and won the 2013 Honda Award given to the best athlete in each collegiate sport.

Not to mention, before she even arrived on campus, Sloan took home a silver medal in the 2008 Olympics and was a world champion in the all-around in 2009.

On this date in 2000, #GatorGreat Lisa Raymond was ranked No. 1 in the WTA doubles ranking for the first time in her career! The first of many No. 1 rankings! #GoGators #TerrificTennisTuesday pic.twitter.com/2XZg39s9f8

Raymond was so dominant in college that fans and media would refer to her matches as the “Lisa Raymond Tanning Hour,” because that’s how long it would take for her to dismantle her opponents. She was easily the most dominant collegiate singles player of her time.

Raymond was the second player in collegiate history to win back-to-back singles titles. During her career at UF, she went 84-4 in singles matches, easily setting the career singles winning percentage at .954. She also led Florida women’s tennis to its first-ever team national championship in 1992.

Beyond Florida, Raymond has earned more than $10 million in prize money and 11 grand slam titles during her decorated professional career. She reached a No. 1 world ranking for doubles in 2000 and has wins over former world No. 1 players like Venus Williams, Monica Seles and Jennifer Capriati.

Wambach chose to attend Florida, whose soccer program has only existed for three years, over elite programs like North Carolina and UCLA. Led by her incredible play, the Gators won their first ever national championship in Wambach’s freshman season in 1998.

Considered by many an American hero, Wambach has two Olympic gold medals to her name and is the country’s biggest star not named Mia Hamm. Her 184 career international goals are more than any other man or woman. Wambach retired in 2015, but will always be a legend to Gator Nation.