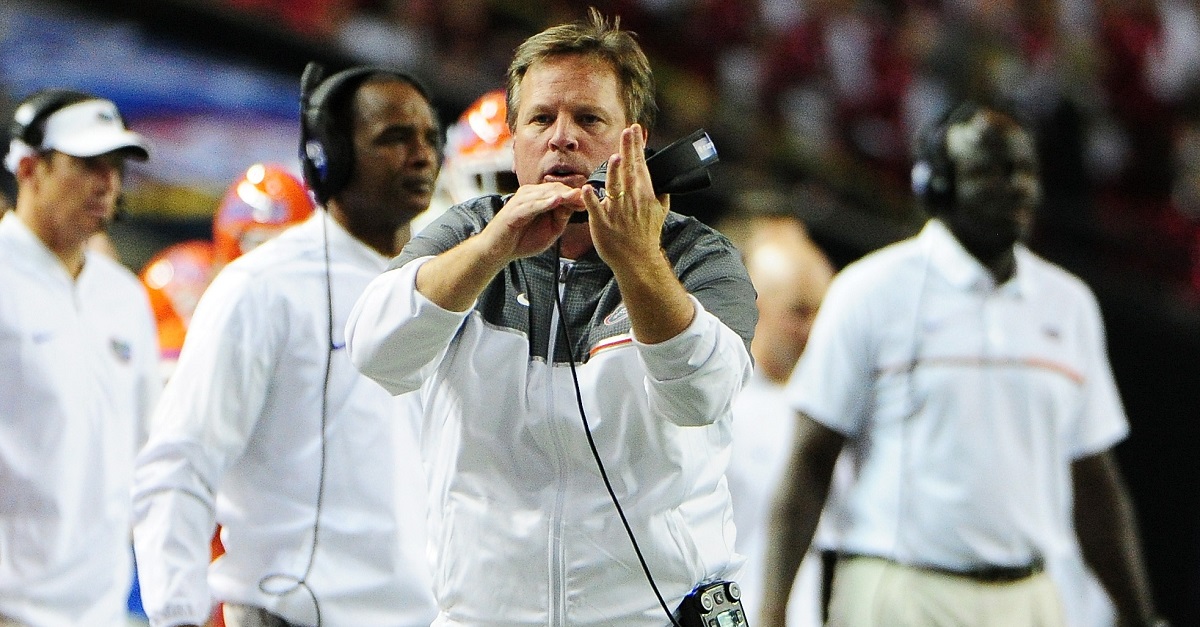 The Florida Gators have been without several members of the football team throughout the early going of the 2017 season and we knew that at least some of the absences were due to alleged criminal activity. Then, on Monday, head coach Jim McElwain was made aware of the fact that his players were being charged with felonies and the news came down during his weekly media availability.

A lengthy investigation from the Gainesville Police Department produced eye-popping numbers of charges, including 30 (!) felonies for Kadeem Telfort. On Wednesday, though, specific charges popped up for redshirt defensive lineman Jordan Smith and they include four additional felonies.

Jordan McPherson of SEC Country brings word that Smith will be charged with two counts of larceny grand theft and two counts of fraud — both third-degree felonies — as a result of alleged attempts to use someone else’s credit card. The report cites Smith using a credit card to pay a four-figure apartment debt and, beyond that, the police report indicates that Smith purchased two MacBook Pro laptops and paid a four-figure amount to the University of Florida for parking and transportation fees.

With every passing day, there seems to be an additional bombshell in this case and none of it is a good look for Florida. Hold your breath for more.