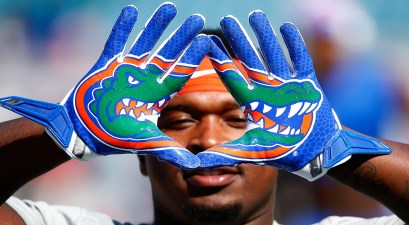 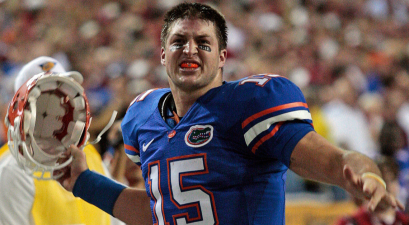 First and foremost, sports build a community. If you choose to live to hate every opponent and criticize your favorite team’s performance at every turn, you’re totally missing the point. Most players, both collegiate and professional, give everything simply for a chance to be a part of something greater than themselves.

When a player is injured on the field, teammates rally to their side. When they’re injured off of it, though, the feeling hits home even harder, and fan bases show their true colors. A former Florida Gators linebacker, and later a member of the Oakland Raiders, Neiron Ball was in the fight for his life, and his former teams rallyied support for the 26-year-old and his incredible story.

Hailing from Jackson, Georgia, Neiron Ball was named First-Team All-State as a defensive lineman in 2009 after racking up 104 tackles, 19.0 sacks and seven forced fumbles as a high school junior.

When Ball enrolled at the University of Florida in 2010, he contributed right away during his freshman season as a special teams standout, appearing in all 13 games. Then, his medical issues began, and Ball missed his entire sophomore year in 2011 after complaining of terrible headaches.

Ball was diagnosed with an arteriovenous malformation, which is a tangling of the brain’s blood vessels, which required surgery.

“I can’t really explain it,” Ball said in 2012. “The closest thing I can think is somebody just smushing my brain… Like somebody was squeezing my brain.”

In a remarkable comeback, Neiron Ball returned the next season to play in 32 games for the Gators over three years until a knee injury ended his senior season after nine games.

After a second remarkable comeback, Ball recovered from the micro fracture after only five months to impress NFL scouts, and he was a fifth-round pick in the 2015 NFL Draft by the Oakland Raiders. Ball appeared in six games as a rookie, made two starts, and sacked Josh McCown of the Cleveland Browns on September 27, 2015.

It would be his only career sack, as injuries forced Ball out of football after two seasons.

The Aneurysm and AVM Foundation (TAAF) posted an update to their Twitter page back in September 2018 stating that Ball was in a medically-induced coma. Neiron suffered a brain aneurysm, and the foundation believes it was caused after his operated AVM “was obliterated.”

What followed was an outpouring of support for the beloved athlete from across the football community.

UPDATE: Upon speaking with @neiron_11's family, we've learned that he's been in a medically-induced coma since the 16th. We believed Neiron's #AVM was obliterated, that doesn't seem to be the case as he developed an aneurysm which burst. His family asks for continued prayers pic.twitter.com/wbSDXrew5x

The Myricks and Ball family are asking for prayers to be lifted for JHS alumnus Neiron Ball. He is currently in a coma and is not responding to stimuli as desired, and the family will be with him this week to… https://t.co/sbq9Tn3H0F

Best wishes for Neiron Ball. Really nice guy who has been through some incredible difficulties. #Gators https://t.co/FM6CsJ0L1U

The Raiders ask that Neiron Ball and his family are kept in the thoughts and prayers of the Raider Nation during this difficult time.

Ball is currently in a medically induced coma after suffering a brain aneurysm on Sept. 16 pic.twitter.com/t4UowTNsfI

Over the next few months, there was little information on Ball’s condition. But in July 2019, William Feinberg, the F-Club Room’s Game Day Host and Operations Director at Ben Hill Griffin Stadium, posted an update he received from Neiron Ball’s sister, Natalie Myricks, to his Facebook page.

In the heartfelt letter, which you can read in its entirety right here, Myricks explained that for months, issues with Ball’s insurance have the family in a crisis. Numerous obstacles left Ball, a quadriplegic who communicated only with his eyes, without proper medical care. His insurance denied admission to a neurorehabilitation facility where he could the receive the care he needs.

Moves from Atlanta’s Emory Hospital, to a skilled nursing facility in East Point, Georgia, and finally to another critical care unit only caused Ball’s condition to worsen.

Update on Neiron Ball. Would sure be great if someone could help him, particularly @UFHealth. #Gators pic.twitter.com/lrx5E6oD5b

Thanks to Feinberg sharing Natalie Myricks message, though, a GoFundMe page was launched to raise money for Ball’s healthcare and over $136,000 was raised. Among the donations is Ball’s college teammate and current Washington Redskins tight end Jordan Reed, who donated $10,000.

UPDATE: On September 10, Neiron Ball died after his lengthy battle. The beloved Florida football player was 27 years old. His sister, Natale Ball Myricks, offered this update to her Facebook page:

We are deeply saddened to announce the passing of Neiron Ball on September 10, 2019 at 4:15 am. The Ball family is forever grateful for the prayers, donations, and immense support of Neiron and his recovery. Neiron was a very special and loving father, brother, and teammate. Neiron has transitioned to a place of peace.

It’s a somber day for the Florida Gator community and NFL fans who have lost an inspiring young man far too soon.

This article was originally published on September 25, 2018.