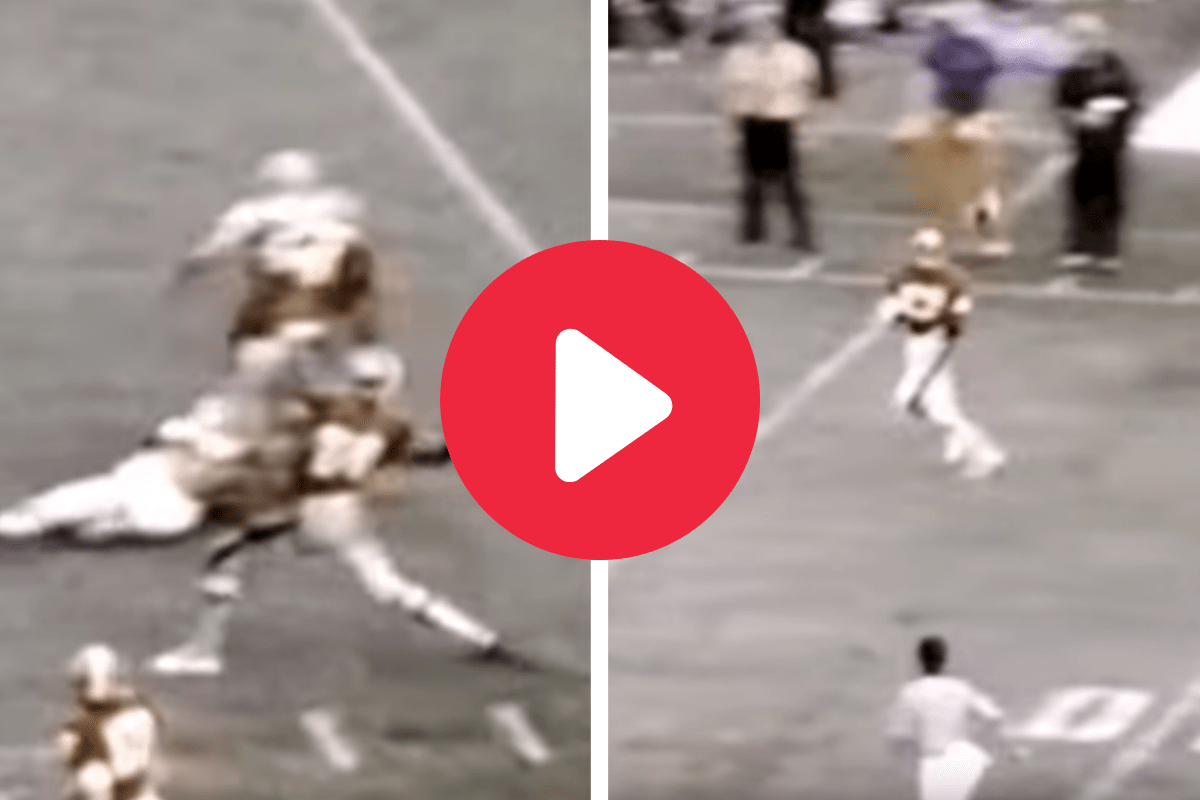 The Florida Gators were supposed to roll the Georgia Bulldogs in 1975. The Gators were the No. 11 college football team in the country, and Vegas had them as 10-point favorites.

The “World’s Largest Cocktail Party” in Jacksonville was supposed to be all things blue and orange.

University of Georgia head coach Vince Dooley had other plans. He reached into his bag of tricks to pull out a play now cemented in Georgia football lore.

The Georgia-Florida game in 1975 was a back-and-forth defensive match. Stop after stop, punt after punt, it’s like watching an 11 a.m. Big Ten game in November these days.

Florida held a 7-3 lead with three minutes left in the fourth quarter. The Georgia offense, which had been struggling all day, took over at its own 20-yard line.

Dooley needed something, anything, to give his team a spark. He knew just the play. UGA quarterback Matt Robinson handed the ball off to tight end Richard Appleby. Appleby appeared to run to the right. He stopped, dropped back and fired a deep pass to wide receiver Gene Washington.

The Gator defense caught on on too late. Washington (who was a track star that attempted to qualify for the 1976 Olympics) hauled in the throw and ran into the end zone untouched.

?Washington caught it, thinking of Montreal and the Olympics, and ran out of his shoes right down the middle 80 yards! Gator Bowl rocking, stunned, the girders are bending now. Look at the score!? legendary UGA radio announcer Larry Munson said.

The 80-yard touchdown ended up being the deciding play in the heated rivalry and prevented the Gators from winning the SEC Championship. As for Georgia, the upset was their fourth win in a row.

I love this call from Dooley. Offenses hit walls, and teams need anything to shift momentum. The risk vs. reward is huge. Even if the play fails, it shows your team and fans you’re willing to go for it. Legendary Georgia play-by-play radio announcer Larry Munson even ranked the play as his third favorite call of his career.

And at the end of the day, beating Florida as a double-digit underdog is more than enough reason to have an extra cocktail or two.