In both college football and the NFL, some of the best punters have come from Down Under. Australian punter Brett Thorson is just one of the latest, as he wraps up his freshman season for the Georgia Bulldogs.

Nicknamed "Thor," Thorson actually worked on a dairy farm while playing for Prokick Australia, an organization that has developed 17 All-American punters and kickers. He caught the attention of University of Georgia coach Todd Hartley, and it was enough for the Bulldogs to offer the Aussie a full scholarship.

Thorson was a member of the Dawgs' 2022 recruiting class, a group of prospects that some considered one of the best in the NCAA that year. Since touching down in Athens, he's done nothing but flourish. 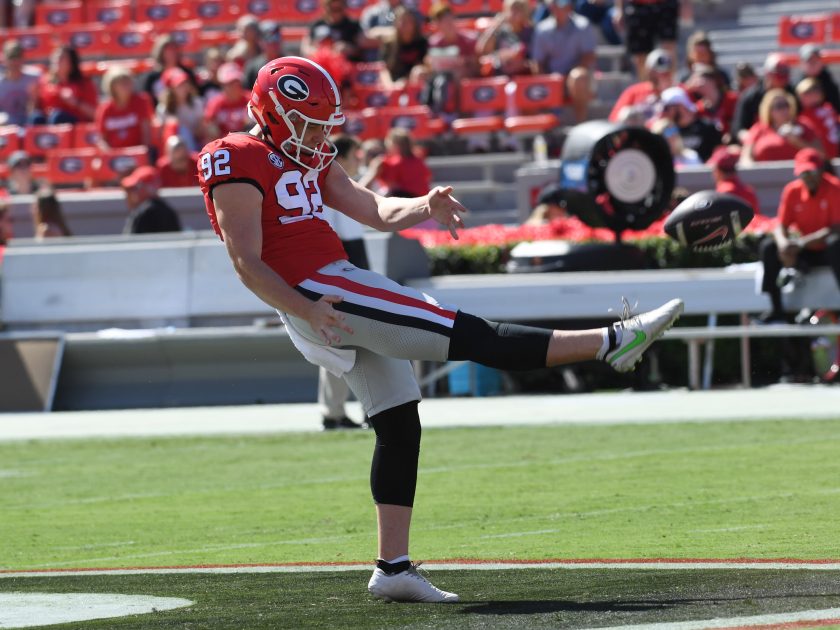 Thorson grew up in Dumbalk North, a small town with a population of about 400 in Australia. His family farm had about 200 cows, which he told The Athletic isn't too many, but "it's enough."

He heard about Prokick and decided to give it a shot, embracing his big leg. The organization prepares punters by having them punt three days of the week while weightlifting two days. It also helps these athletes become eligible as students.

Punters and kickers typically don't receive the attention that other prospects do, but there were many pairs of eyes on Thorson coming out of Australia.

The 247Sports Composite considered him to be a three-star recruit, and he was yet another fantastic piece that came to Athens in 2022. Head coach Kirby Smart has been praised for his recruiting class time and time again, and Thorson was just another example of that. Coach Hartley made Thorson a priority, and as a result, the two men built a great relationship.

Only one Georgia punter (Drew Butler) has been given the Ray Guy Award given to the nation's top punter, but that list could double if Thorson develops further.

As a freshman this season, Thorson has punted for an average of 44.9 yards, which ranks in the top 20 in college football. One of his punts was a 75-yarder that rolled out of bounds at the one-yard line against Tennessee, which was the longest punt by a Georgia player in 13 years.

It was easily one of the best punts of the entire football season:

It is honestly impossible to have a better punt.

When a punter can electrify a stadium and a broadcast crew like that, you know he's doing something right.

Admittedly, a punter does not make or break a college football roster. But having a weapon like Thorson at Georgia's disposal can be pivotal in a battle-of-the-defenses kind of game.

While I wouldn't expect Monday night's national championship game to be that -- both TCU and Georgia are scoring more than 39 points per game -- you never know when a massive punt while flip the field and change the outcome of a game.