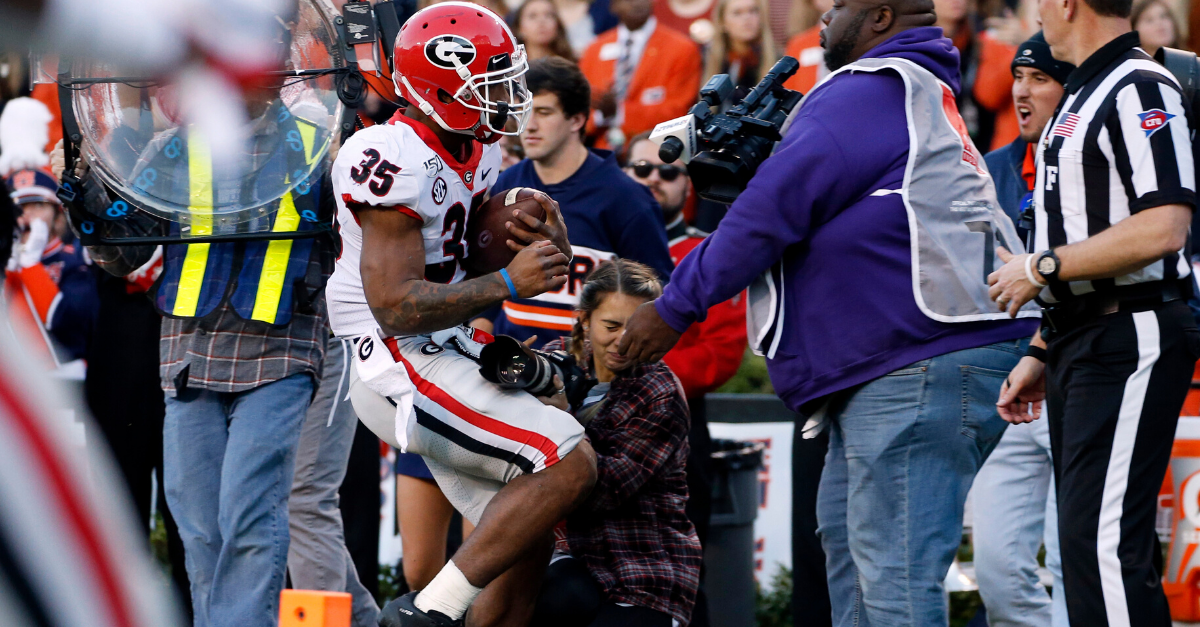 What started as an ordinary play for the Georgia Bulldogs, a simple three-yard pass from quarterback Jake Fromm to running back Brian Herrien, created a very scary moment inside Jordan-Hare Stadium in Alabama on Saturday afternoon. Thankfully, an injured person is on the road to recovery.

After Herrien made the catch late in the first half, he was shoved out of bounds by Auburn Tigers linebacker K.J. Britt. Unfortunately, a sideline photographer was in the path of the 6-foot, 210-pound Herrien and a nasty collision followed.

Chamberlain Smith, a photography intern for the University of Georgia Athletic Department, was knelt down on the sideline when the scary collision took place. She was reportedly knocked unconscious and was carted off the field just before halftime.

The Georgia-Auburn game stopped. The entire college football stadium was quiet. Nobody at Saturday?s game knew exactly what happened, but it didn?t look good.

CBS sideline reporter Jamie Erdahl said student photographer Chamberlain Smith, who had a bruise on her right eye, was transported to East Alabama Medical Center. The next day, The Advocate reported Smith had been released from the hospital.

The sideline collision in the second quarter could happen to anyone at an NCAA college football game. It could happen in high school or the NFL, too. Smith suffered a concussion and posted an update on social media following the incident.

?I haven?t had a chance to respond to everyone, but I just wanted to say thank you all so much for the overwhelming outpouring of support in the form of kind comments, messages & prayers!! Last night was very scary, but I?m so glad to be walking away with nothing more than a concussion and some bruises. I will be home resting & recovering for the next several days, but I?m looking forward to being back on the sidelines soon. #godawgs?