Crazy Georgia Fan Went Viral Years Ago, But Where is He Now? 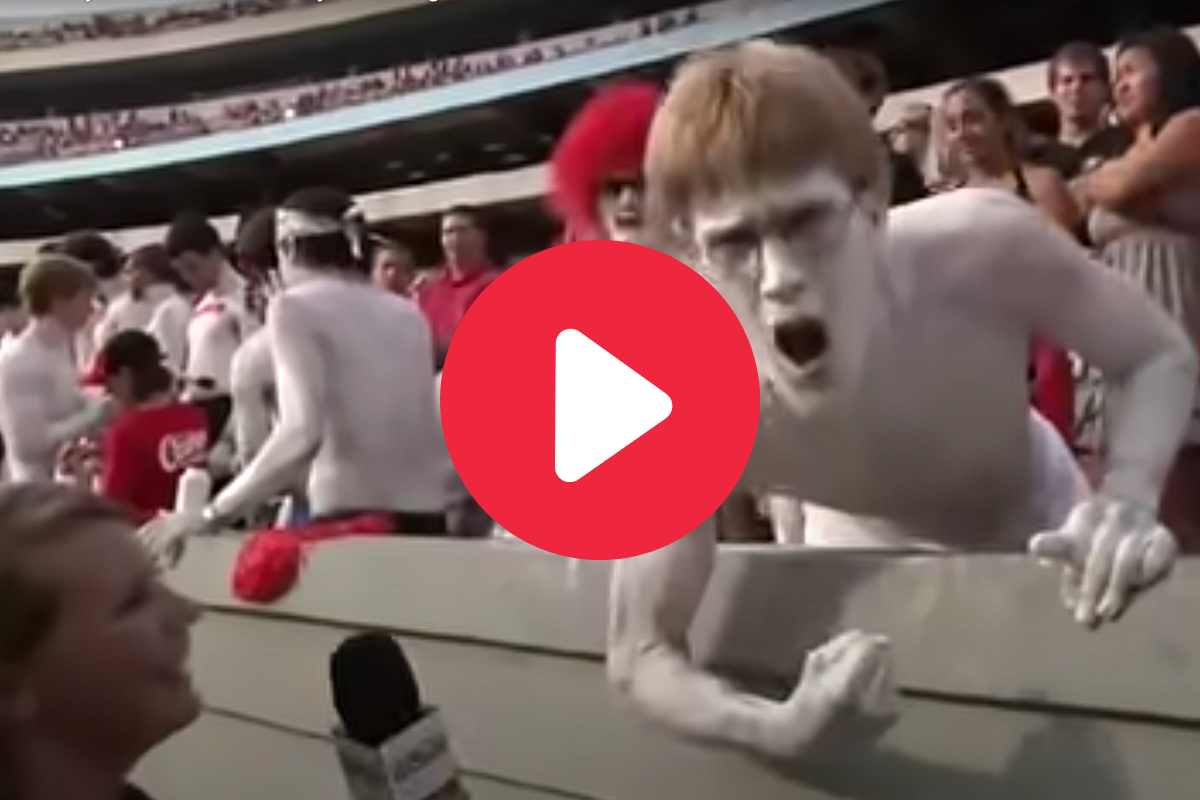 Once you’re a University of Georgia fan, you’re a fan for life. In a conference like the SEC where it just means more, the most die-hard Georgia Bulldogs fans dedicate their lives to Saturdays in Sanford Stadium. What takes place between the hedges is more sacred than any religion around.

Mike “Big Dawg” Woods used to paint a bulldog on his bald head every weekend and missed just one Florida-Georgia game in 43 years. This guy constructed an entire UGA man cave. Others, well, jump through glass windows for the ‘Dawgs.

There may be no bigger Georgia fan than Clark Hurst. For those unaware of that name, all you need to do is watch one (very viral) clip to know who I’m talking about.

Back in 2009, Hurst became an Internet sensation when he was interviewed in the stands before the South Carolina game. Painted in all white (don’t worry that’s just the base coat before the red and black), Hurst unleashed his ferocious fan spirit on an unsuspecting reporter.

“This is the DAWWWWGGGGS! This is Sanford baby! This is how we do it for the Dawgs. Gooo Georgia! Woo!” he screams out in a demonic way.

Hurst eventually rips into Gamecocks head coach Steve Spurrier and his visor. He then concludes the wild interview with a simple “Go Dawgs.”

Georgia and NCAA fans everywhere have seen this clip by now. It’s been posted over and over before big games against Alabama, Florida, Auburn, Tennessee, Georgia Tech, LSU, Clemson and much more.

This iconic moment in Georgia athletics history came more than a decade ago under Mark Richt’s regime. Where Clark Hurst 11 years later?

Where Is He Now?

Clark Hurst is still a massive Bulldogs fan to this day.

In 2017, he posted a video saying he was “coming for” Baker Mayfield prior to Georgia’s win over Oklahoma in the Rose Bowl before losing to Alabama in the College Football Playoff National Championship.

Hurst was actually making a cross-country trip (from Athens to Pasadena) on his scooter. He reportedly averaged more than 200 miles a day on his journey, all of which he logged in a YouTube channel.

Seriously, Hurst posted videos from states like Arkansas, Nevada and Utah. The trip included Christmas Day and was nearly 1,400 miles long. He couldn’t not make a video from inside the Rose Bowl:

In 2020, Hurst still seems to enjoy posting to YouTube. He also appears to work for a brewery in Georgia judging from his Facebook.

I don’t know if he has plans to make another scooter trip for a Georgia football game, but Dawg nation can sleep easy knowing one of their beloved fans still bleeds red and black to this day.