Absurd Speed: Georgia Has 9 Players Who Can Run Faster Than 20 MPH 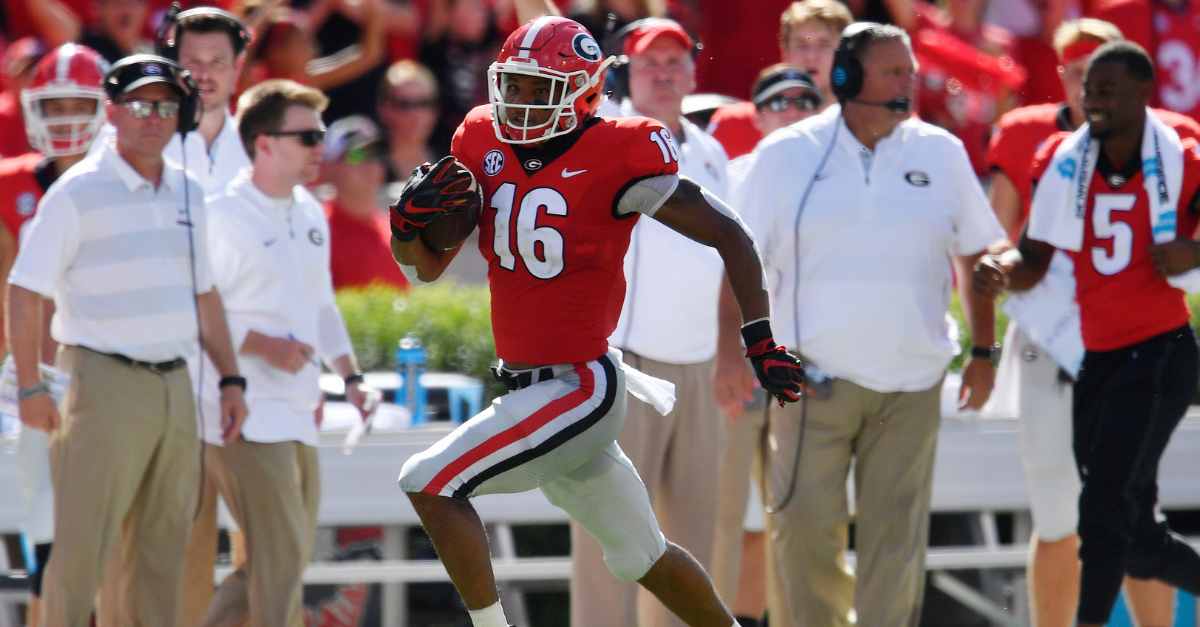 If anyone watched even a few plays of No. 3 Georgia walloping Austin Peay 45-0 during its season opener, you have an idea how fast some of the players are. It?s almost ridiculous how much speed the Bulldogs have. It’s an embarrassment of riches in a way, yet nobody actually knows who the fastest man on the team is.

Is it running back D?Andre Swift? How about wide receiver Mecole Hardman? Could it be running back James Cook, wide receiver Demetris Robertson or even freshman defensive back Tyson Campbell? Does it even matter ahead of a huge game Saturday against South Carolina at Williams-Brice Stadium in Columbia, South Carolina? After all, fast is fast, right?

Well, it does matter, and it has become a fun discussion among the players. Swift even posted a picture of the GPS speeds from the first game on his Instagram, according to Dawg Nation.

That?s just absurd. It?s not like these players were in track gear or running on a track. They were in full football pads, and they clocked that speed on the field in a game.

Want to know something even crazier? Smart said nine players hit 20 mph in a scrimmage this fall. Translation: The Bulldogs can absolutely fly.

In addition to Swift, Hardman, Cook, Robertson and Campbell, wide receiver Jayson Stanley, defensive back Deandre Baker, defensive back Eric Stokes and Wide Receiver Tyler Simmons might all have a say in being the fastest player on the team.

To put it into prospective: Usain Bolt, the fastest human in history, ran approximately 28 miles per hour while breaking world records and winning gold medals.

Although Georgia Bulldogs players aren?t that fast, just take a minute or two and watch what the fastest team in college football looks like.

This is just the beginning, too. The season-long mixtape is going to be insane.

READ MORE: If Your Favorite SEC Team Was a Car, This is What They’d Be