Watch This Video and Get Hype for Georgia Bulldogs Football 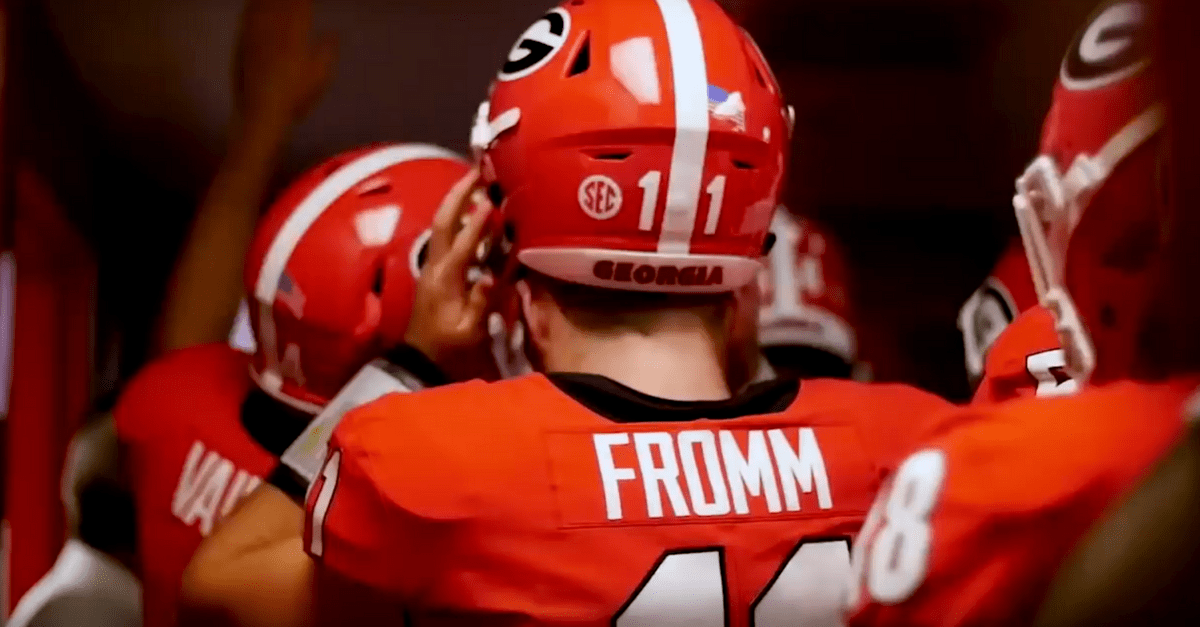 The Georgia Bulldogs outlasted Baker Mayfield’s Oklahoma Sooners in double overtime of the national semifinal, but fell victim to the mighty Alabama Crimson Tide dynasty in the College Football Playoff national championship game a season ago.

While they won’t be able to escape that loss for a while, don’t expect head coach Kirby Smart’s Bulldogs to roll over and play dead. They enter the season No. 4 in the first Amway Coaches Poll, and they have a foundation in place for success for years to come.

This year’s Bulldogs team will look a little different losing dynamic duo running backs Nick Chubb and Sony Michel to the NFL, but the offense returns eight starters from a season ago in which the Bulldogs went 13-2 and won the SEC.

If you aren’t ready for college football, then this Georgia Bulldogs hype video is the only medicine you’ll need to prepare for the start of the season.

Oh, and just throwing this out there — this year, the Chinese calendar is the “Year of the Dog.”

The Bulldogs return Heisman hopeful quarterback Jake Fromm to a loaded offense. Running back D’Andre Swift will shoulder the load at running back and was named to multiple preseason watch lists at his position. Not only that, but four starters return along the offensive line.

Last season, Georgia ranked fifth in total offense and second in total defense in the SEC.

The offense is set, but it’s the other side of the ball that requires the most attention.

Returning only four starters to that defense, which was the sixth best in the country allowing only 16.4 points per game, is the biggest obstacle facing Kirby Smart in year three.

Don’t worry, I’m sure the No. 1 recruiting class in the nation should go right ahead and patch up any wounds in the Bulldogs’ roster.

The people of Athens, Georgia are ready for Bulldogs football, and I’d bet they didn’t need a video to tell them that.

The real question is: Are you ready?