Ex-Bulldog Sony Michel Sets Up Georgia With a Special Surprise 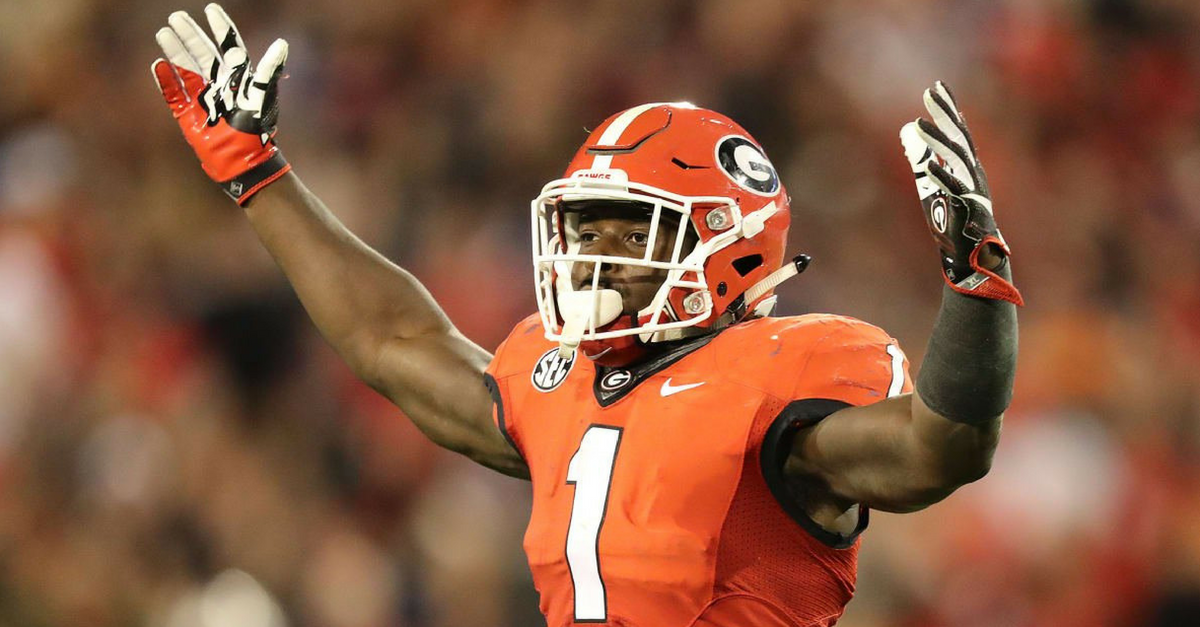 Football training camps are hot, humid and tiresome. Team chemistry and preparation for the long season ahead are the mantras — During those several weeks in August, playing time on a college football team is taken, not given.

Cutting loose during down time is important, though, so that morale stays high during these grueling weeks at the end of summer. New England Patriots running back Sony Michel made sure that his former college team took full advantage of their day off, too.

The former Georgia Bulldogs running back, with a little help from head coach Kirby Smart, surprised his alma mater with a special treat during the “dawg” days of summer.

It’s safe to say these boys were excited.

What 18-to-22-year-olds wouldn’t love being the first to play the latest installment of one of the most popular video games of all time?

The older generation might not enjoy the idea of a video game as much as the youth. But then again, it is 90 degrees and humid in Athens, Georgia, so maybe sitting in the air conditioning to play some video games will do the body good.

For Michel, who was the 31st overall pick in this spring’s NFL Draft, giving back to his alma mater just a few months removed from the draft goes to show how important his four years at the University of Georgia were to the running back.

This preseason hasn’t been kind to Sony Michel though, as the running back is dealing with a knee injury that is expected to keep him out the entire preseason.

Further details w/more clarity: Michel’s knee injury requires a procedure that’s expected to keep him out of preseason, and perhaps even into the start of the reg season, per 2 sources. So not a major sigh of relief, but the expectation is Michel should contribute this season.

Last year’s Rose Bowl Offensive MVP figures to be New England’s top options at running back once he is healthy enough to play.

It’s awesome to see a young kid give back to his former teammates so quickly, knowing how hard the grind leading up the college football season, and the start of another semester in the classroom, is on a young kid’s mentality.

Settling in for some good wholesome family fun on Call of Duty is just the way to ease that pain.