Georgia’s No. 1 Wide Receiver Kicked Off The Team 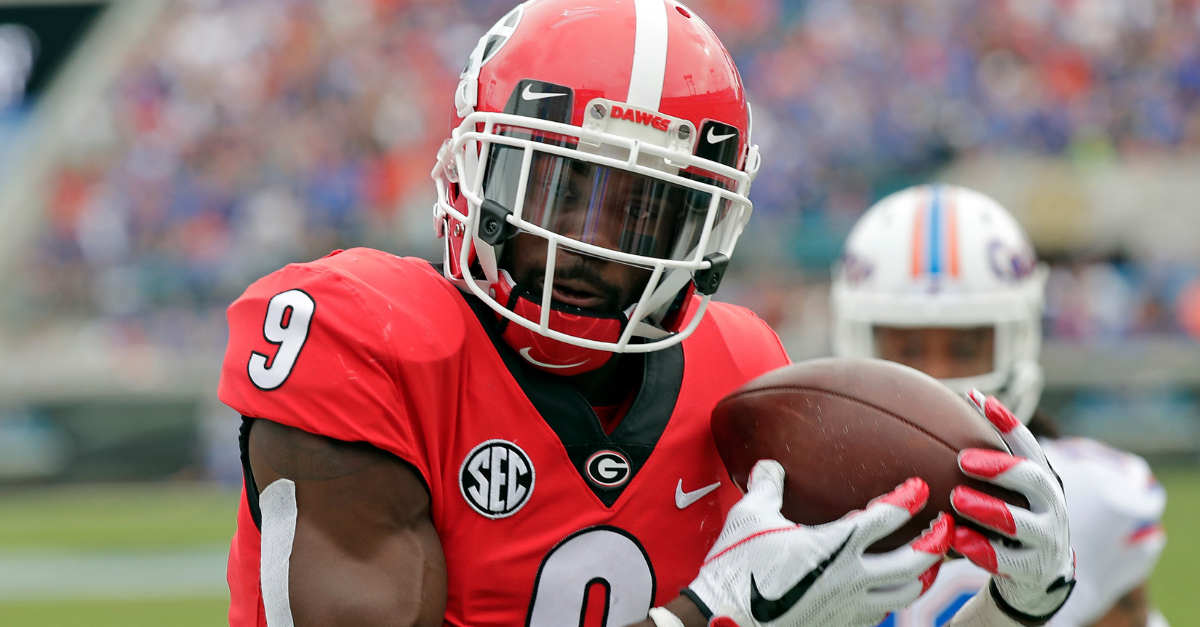 Georgia Bulldogs wide receiver Jeremiah Holloman was meant to fill that void. The junior, who caught three passes for 54 yards and a touchdown during Georgia’s G-Day spring game, set himself up to be a team leader this season. However, a 2018 assault allegation reared its head, and Holloman now finds himself in deep trouble.

According to UGA head coach Kirby Smart, Holloman has been dismissed from the team. An investigation into that 2018 allegation was launched earlier this month, and it appears to connect the 6-foot-2, 200-pound Holloman directly to the incident. The news was first reported by The Covington News.

The UGA Police Department first received word of the alleged assault on June 2, 2019, which reportedly occurred during the early morning hours of April 22, 2018. According to the victim, an argument between her and Holloman began at her dorm room in Rooker Hall on the University of Georgia’s campus. There, the victim was reportedly hit and choked by Holloman, but the alleged altercation was broken up by Holloman’s brother.

When she visited Piedmont Athens Regional Medical Center following the incident, she told doctors that her injuries resulted from a fall in the shower, and abrasions on her neck happened during a basketball game.

The woman received six stitches and was released, according to the incident report. The woman chose not to pursue criminal charges initially, but this new 2019 investigation led to Holloman’s dismissal.

Holloman told UGA police that he hit the woman in retaliation with “a quick jab” during the argument, and he said the abrasions on her neck occurred during sex. He added that the woman contacted him shortly before going to police in early June. She allegedly was upset Holloman was dating someone else and sent him “threatening text messages saying that ‘she would have someone get him.'” She denies doing this, though.

“Jeremiah Holloman no longer represents the University of Georgia football program," Coach Kirby Smart said in a statement to The Covington News. https://t.co/H87Oxk8B1U

The hole left behind by Holloman is massive, but it can be filled. Two highly-touted freshman — George Pickens and Dominick Blaylock — as well as former Freshman All-American Demetris Robertson, will need to step up in a big way. Aside from them, senior wideout Tyler Simmons and senior tight end Charlie Woerner will take center stage as much-needed leaders on this UGA football team.

If the College Football Playoff is a serious aspiration this season, this UGA receiving corps needs to step up in a hurry. Otherwise, a national championship, and possibly even the SEC East crown, might slip right through their fingers down in Athens.